The focus of this photo is the Native American warrior. Both American & British troops surround him. Who's he attacking? You can't tell. I knew this would make a great photo when the warrior extended his arm with a ball-headed war club.

I accentuated him further in a comprehensive photo editing program, ON1 Software, by adding blur and movement. These few minor editing changes make this photo unique! 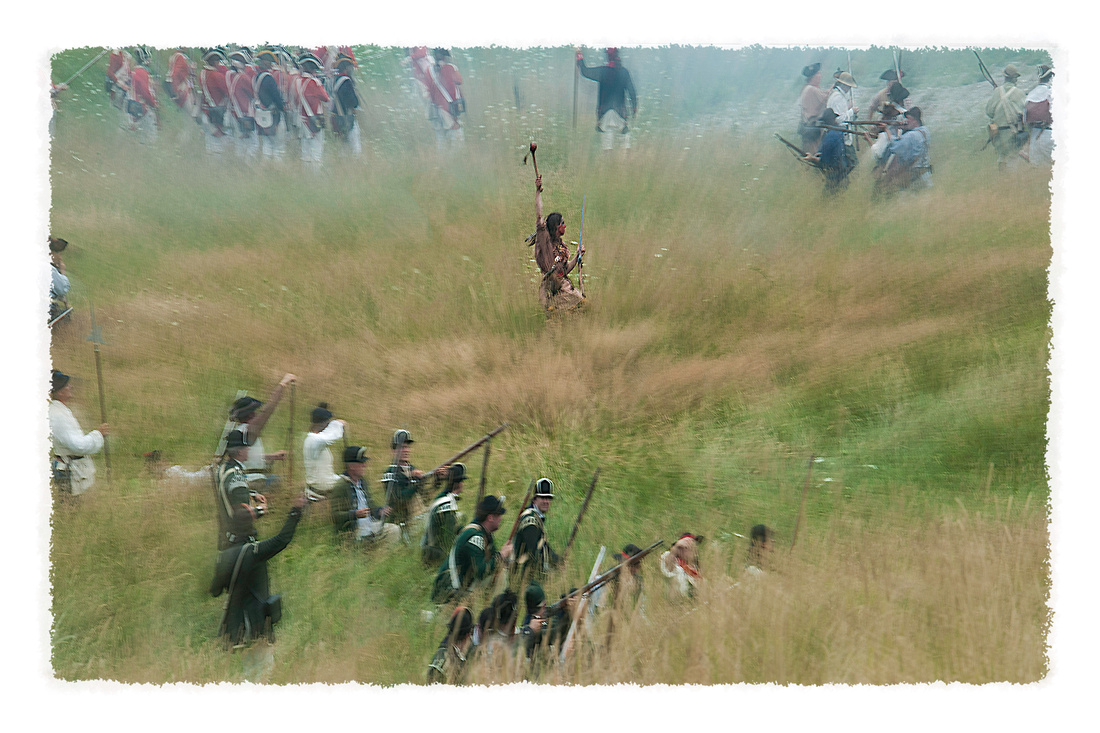 This photo is from the Philadelphia Campaign 1777 2012 gallery. My first thought on this photo is how the colors are bright and dynamic. This clarity is unusual since most reenactments are held right after lunch, the worst time of day for taking photographs because of the harsh light. I applied the radial blur filter moderately to augment movement. 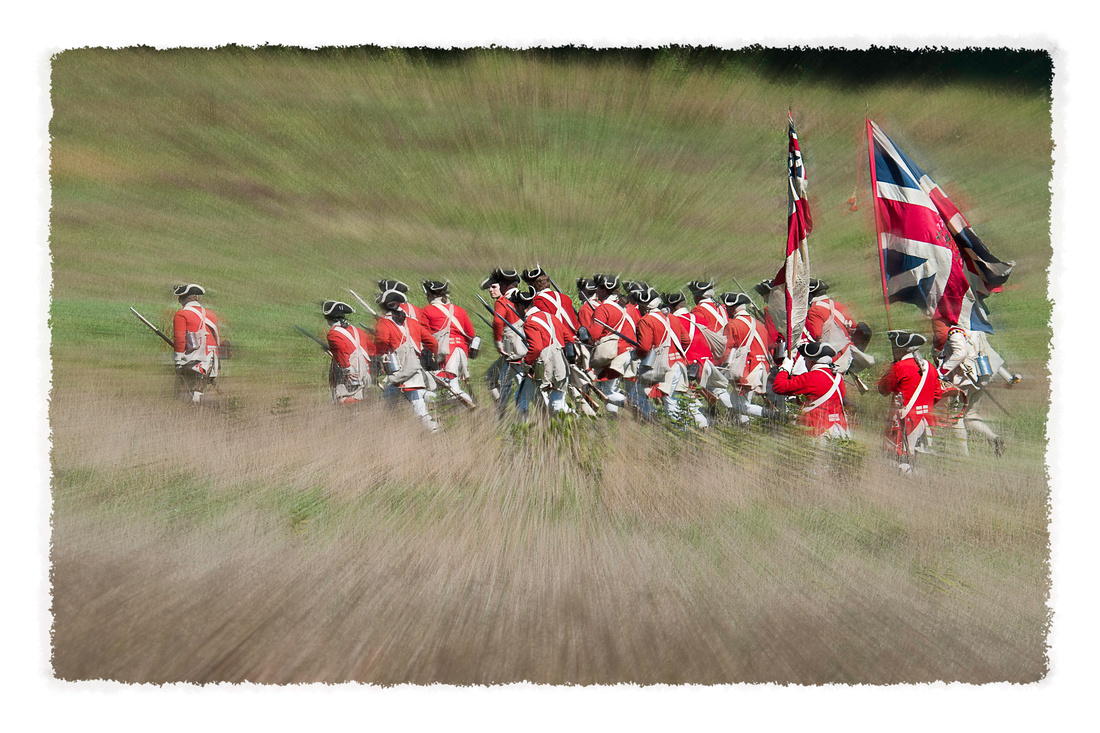 Photo blurring, moving the camera side to side at a moderate speed, is not an exact science. It's trial and error, and sometimes you get lucky. I did with this photo from the Battle of Germantown in 2011. The streaks of color make this photo appear like a painting. Just a pleasing image, hard to replicate. 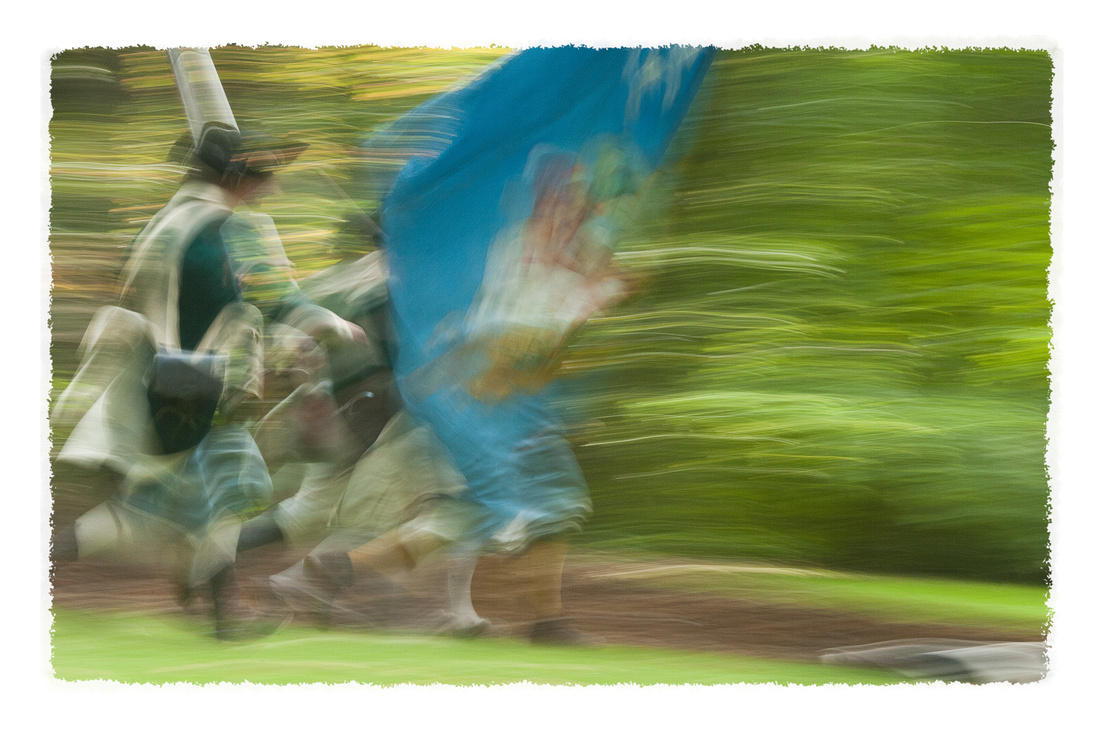 Attending the annual Washington Crossing the Delaware reenactment should be on everyone's bucket list! In blog #31, I wrote

By far, December is my busiest reenactment event month. In some years, there is an event every weekend. Washington's Crossing is the big one. It's two separate events. The first one is a practice festival held about two weeks before the main crossing on Christmas Day. Both are fun. But, the Christmas event is the busiest of the two; it's a family tradition with hundreds attending religiously year after year. My focus both days is capturing outstanding photos of George Washington, recently portrayed by John Godzieba. His resemblance to George Washington is remarkable!

This photo is from the practice event in 2018. I added the radial blur filter to add more focus to the subject, General Washington. 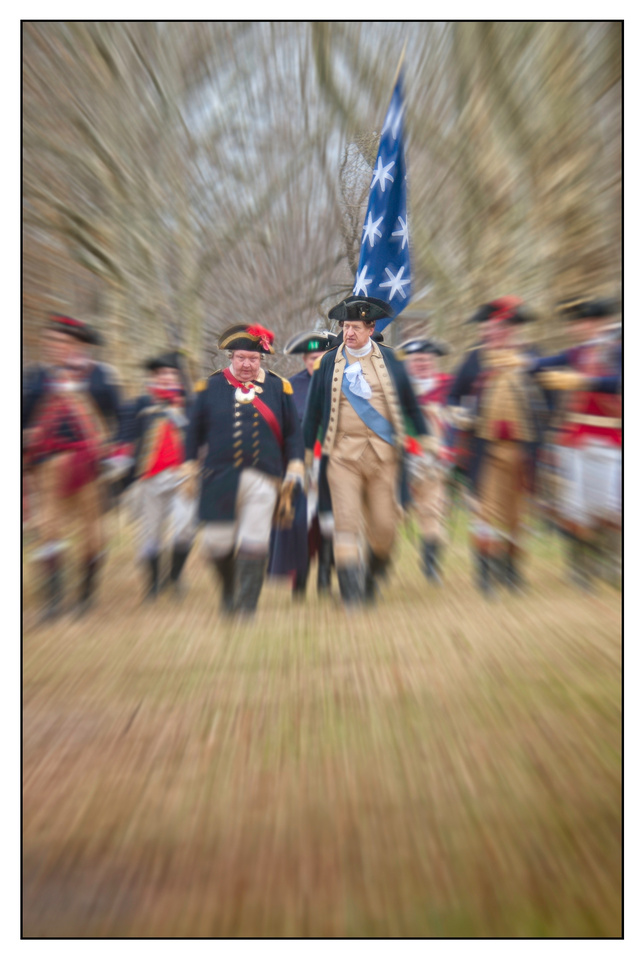 This photo was from the Jockey Hollow encampment in 2012. During the marching /drilling demonstration, the reenactors fixed bayonets and slowly moved towards the public behind a split rail fence. The first time you experience this, it doesn't feel very comforting. Can you only imagine this during an actual battle? Terrifying!

I added the radial blur filter to emphasize movement. Reduced the filter amount on the faces. I took this same shot other years, but this is still the best one! 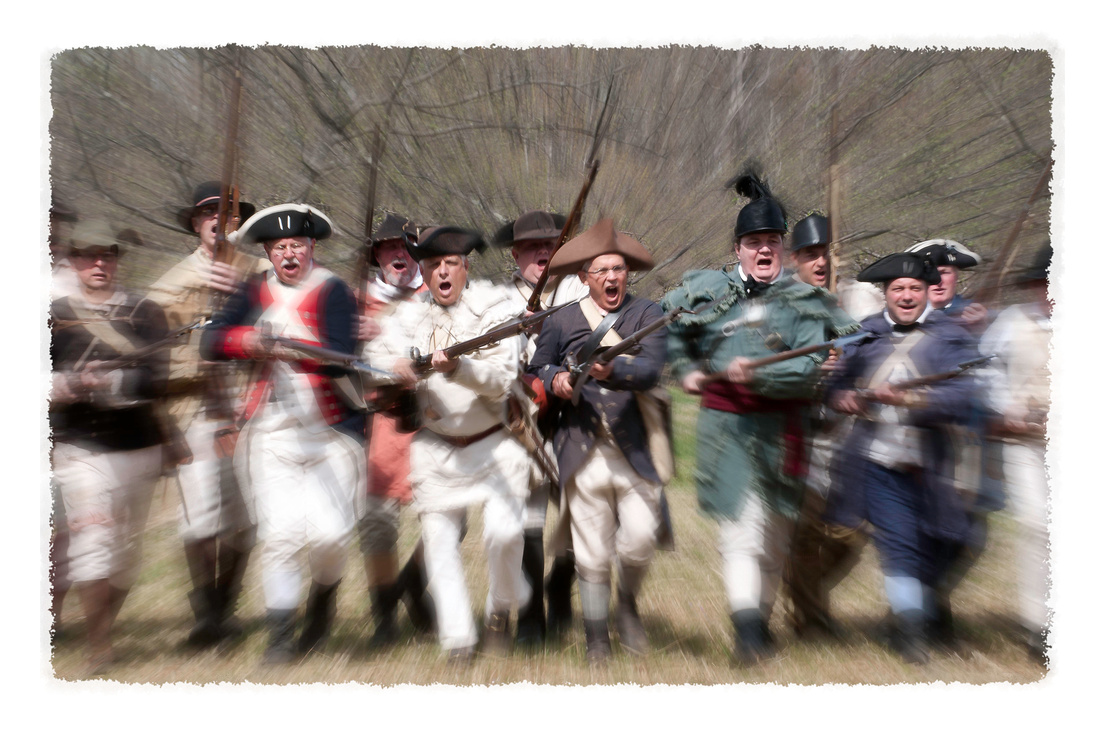