I reviewed my top 10 American Revolution reenactment photos in my latest May & June blogs. It was both difficult & fun selecting my favorites. I enjoyed reminiscing on where and when they were taken. Since there are no reenactment events in the foreseeable future because of Covid-19 I'll continue to discuss more of my personal best photos. So for this blog and my next 2, I'll review 5 of my favorite photos each month. Then I would have reviewed a total of 25 photos!

This photo is from the Battle of Monmouth in 2009. The American soldiers marching to start the reenactment. Originally, I liked the photo so much it was in my top 10 list.

I've been attending this event for over 10 years. Some of my best photos have come from this June reenactment. Why?

First, the park area itself is picturesque. Behind the visitor's center is a large sloping grass-covered field and woods on both sides. In the distance is a bridge and still further crops in the field. The background is perfect for reenactment photos.

At each event, I plan on the day being hot, usually in the high 90's with extreme humidity. The weather was ideal with many puffy clouds. For me, they add so much drama to any photo.  The light was ideal so the colors just pop, a wonderful photo. 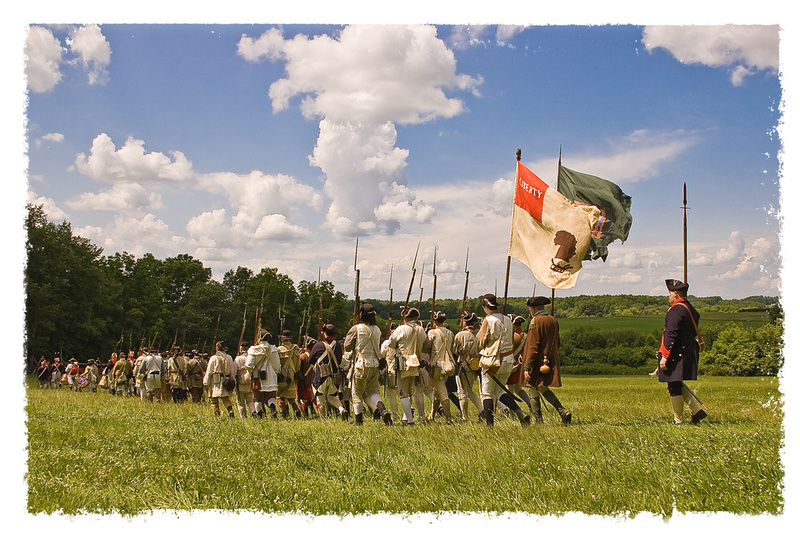 At every reenactment, I'll take some informal reenactor portraits. So many of them have the facial features, expressions & uniforms that make for a powerful photo. Here is a perfect example from the Battle of Germantown 2017.

When I review my event photos afterwards, I immediately decide whether the image is more compelling in b&w or color. It was an easy decision for this one, b&w. In this photo, his demeanor and the light focused on his face make this photo special. 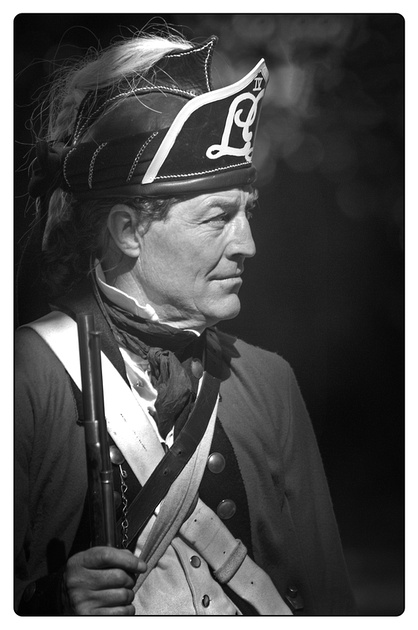 Some of the best events I've attended only happen infrequently. This photo is from the Return to the Hook 2013. I don't believe the event has been held since? At no other event, have I seen a house exterior been built and then burned to the ground? It was amazing.

I was lucky to photograph from such a unique vantage point. There were 2 platforms constructed about 20-25 feet high right next to the spectators' area. That is why I was able to capture so many unobstructed photos of the burning house.

I was excited to learn recently that in October 2021 this event is scheduled again. Plan to attend, it's magnificent. Plus, Colonial Williamsburg is so close, just across the York River. 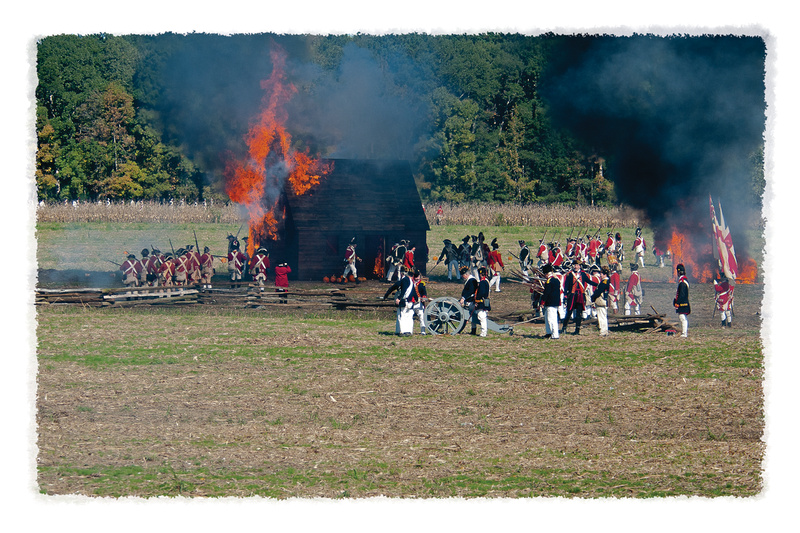 I'm often asked  which American Revolution reenactment is a must-see? Immediately, I mention Patriot's Day's  (Lexington & Concord) in Boston, MA on April 19. It's the event you will never forget. Unfortunately, it's been 2011 since I last attended. At that time, 3 separate reenactments occurred at the Lexington Green, North Bridge & Battle Road (the route taken by the British expeditionary force.) This photo is from 2010 on Battle Road.

At this event, the British are retreating to Boston and the militiamen are ambushing them along the way. The action is non-stop. As a spectator, you are following them throughout. You feel like you're part of the battle. It provides a small sampling on how the minutemen and British troops must have felt on that eventful day! 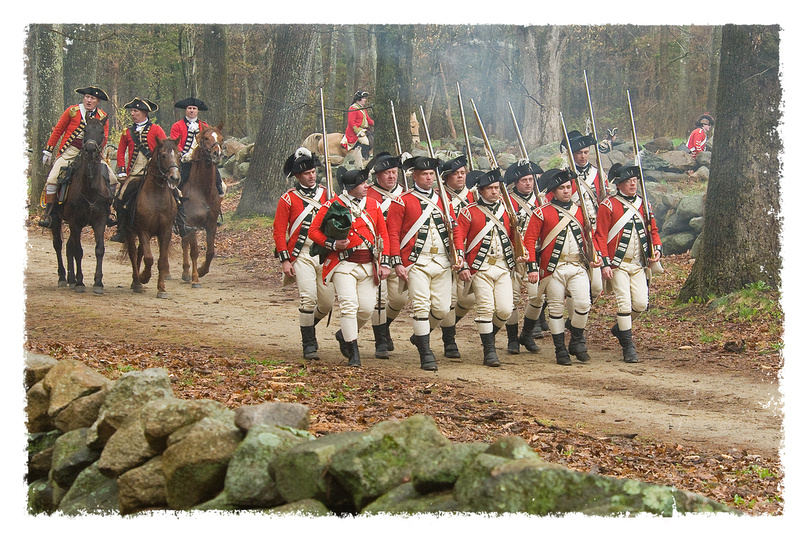 Photographers have always manipulated their photos. Before digital cameras, it was achieved in a film darkroom. Today photos are still enhanced. It's not done using chemicals but instead with computer software. In my digital darkroom, I stylized this photo from the Battle of Oriskany 2012. The focus of this photo is the Native American warrior.

He's surrounded by both American & British troops. Who's he attacking? Can't tell. I knew this would make a great photo when the warrior extended his arm with a ball-headed war club.

By adding blur and movement, in a wonderful photo editing program ON1 Software, I accentuated him further. These few minor editing changes make this photo very unique! 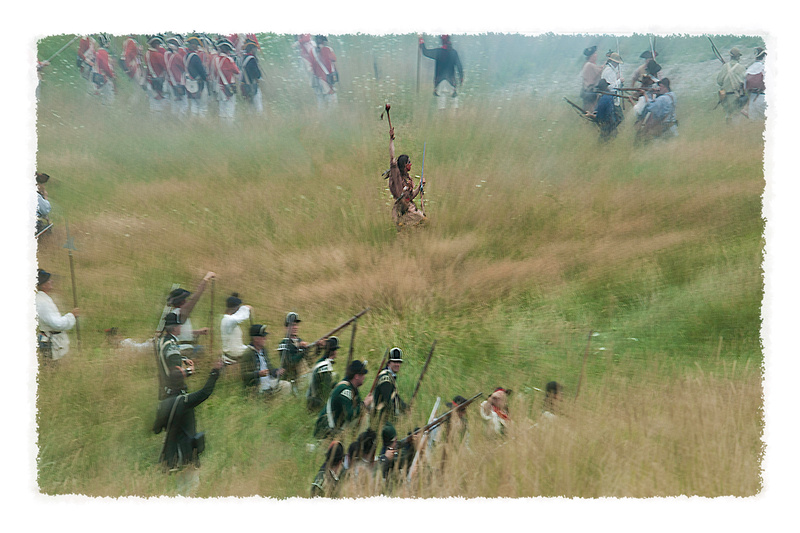