Because of Covid-19 and no American Revolution reenactments in the foreseeable future, I'll continue reviewing 5 more of my favorite 25 photos. If you missed it, here is my blog from July.

Occasionally, a photo captures an event perfectly like the one below from the Battle of Trenton 2012. It's of 2 Hessian soldiers at the Trenton Barracks with snow falling gently.  It's easy to envision the Hessian troops stationed here in 1776.

I've attended this event numerous times. My best photos are when it has snowed. Magical!

One year it took me twice as long to drive home from this event because of a snow storm. But, the photos I took were worth it! 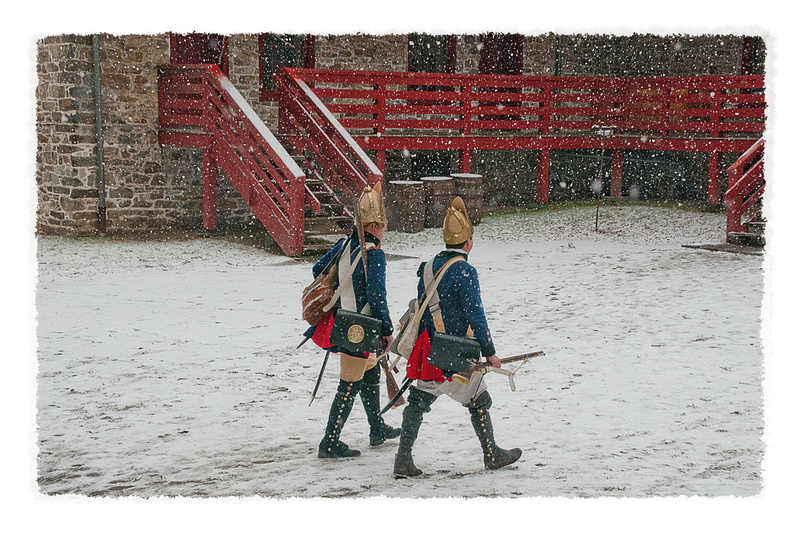 Some photos are so simple yet they are still memorable. That was true with this photo from the Battle of Monmouth 2017. It started to drizzle. The British soldier just looks up at the sky. He was probably wondering if as he was loading his musket if it would fire? The rifles/cannons won't fire if wet. 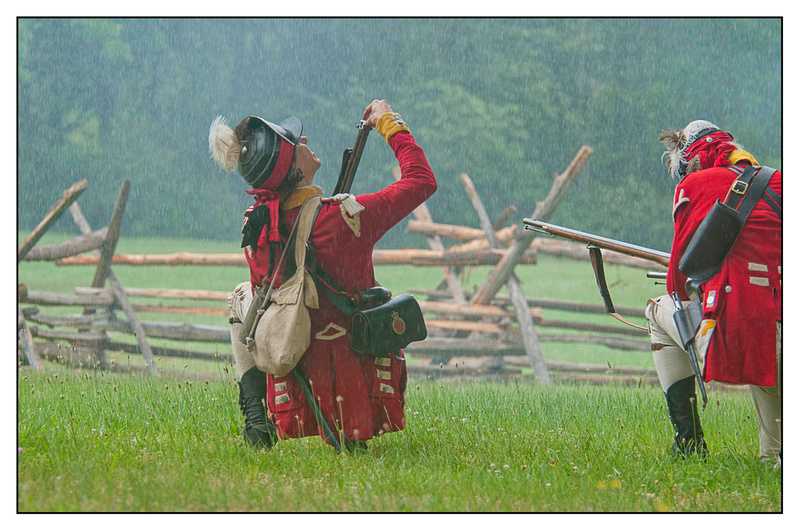 On my website, I have many photo examples of musket firing blasts of fire & smoke! You would believe they all would look the same? Surprisingly, no they are all unique. But this one from the Battle of Germantown 2012 is so different than any other. The sparks shooting from the flash pan appear like tiny pieces of metal strands flying in the air. I have never seen another photo like this ever. It's the reason why I like it so much! 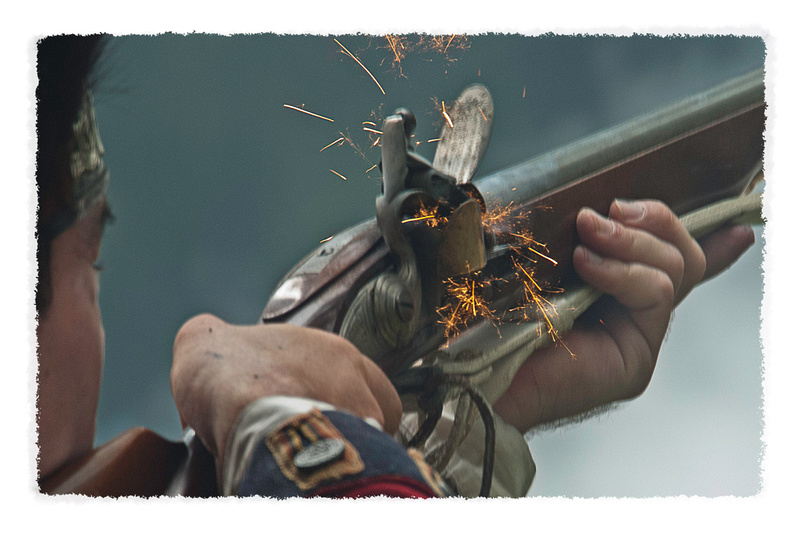 I remember vividly taking this photo from Washington's Crossing 2014. It was the last shot I took that day. I was on the NJ side of the Delaware River walking to my car. I turned around and spotted the Durham boat full or reenactors near shore. The sun was setting. So quickly I took the photo. Because I was facing directly into the sun, the resulting photo became a silhouette. Good photos sometimes just happen. 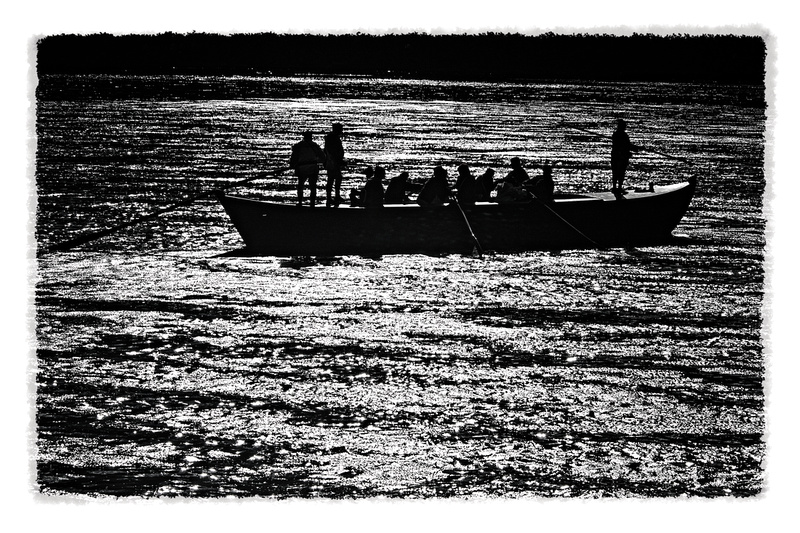 This photo is from Ft Mifflin 2012. I had taken my tripod hoping to capture a photo of the entrance to the fort. What added to the photo  was the cloudy day at sunset. The fort flag, only flown during this reenactment, seemed to glow in the light. When you are visiting Philadelphia, this is a must-see destination! 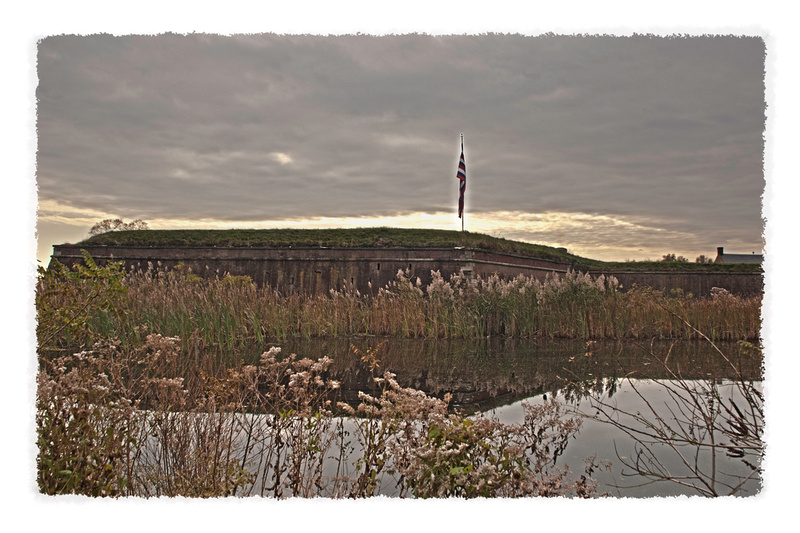