There were so many more questions I wanted to ask Noah “Ned Hector” Lewis after posting blog # 46. Soon afterward, I asked him to interview for another ten-question blog part 2. He graciously agreed.  For this interview, I wanted to ask more in-depth questions.

His first interview was exemplary, this one is even better! In this blog, I'll post questions 1-5, and next month questions 6-10.

I want to thank Noah for sharing and expressing his sentiments so powerfully. 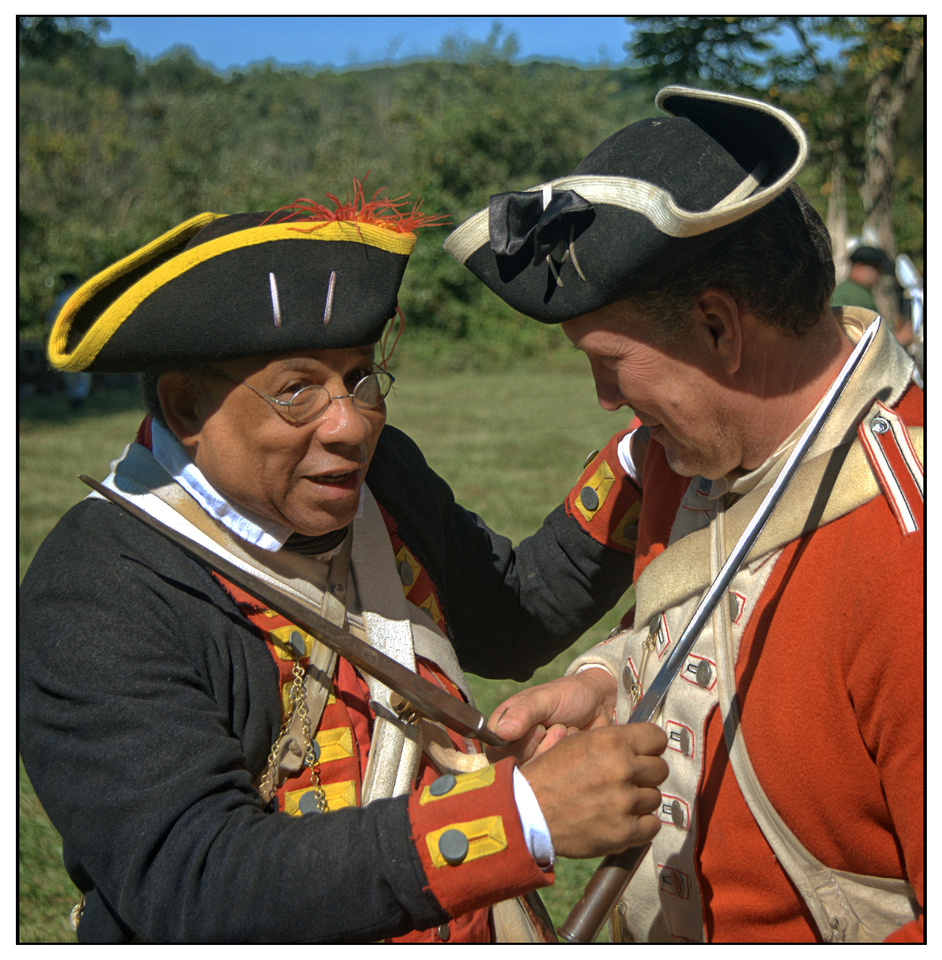 1) In your first interview, you mentioned conducting geological research on your family. What have you learned so far?

I was actually able to get back to 1800 in the northeastern corner of North Carolina in Northampton and Hereford County to Noah Lewis and Leah Scott. There hit a wall that I was unable to get past. I suspect they were Meherrin natives. These two people are the reasons I started searching the American Revolution. After all, 1800 is not that far from the American Revolution. Finding these two was amazing for the following reasons. First, I found their marriage bond dated 1823. Noah was 23 years old. What was so amazing about that? It implied that he was a free man. Slaves were not allowed to formally get married. You’re probably curious about the term “marriage bond”. I was too. It turned out that during that period of time a man would have to put up a $300 bond if he wanted to get married. The bond here is much like a bail bond. It was to guarantee something, in this case, the fidelity of the man. Since information traveled so slowly, a man could marry a woman under deceptive circumstances. He could be for instance a bigamist, a swindler, or a fugitive from the law. If this was the case, and the marriage was annulled, the woman would find herself being considered as damaged goods. She would use that money to try to restart her life.

The reason I suspect being a Meherrin native is they live in the area of Murfreesboro, North Carolina where my relatives are. My relatives back then owned a lot of land next to the reservation. Physically, I am a light skinned black man. The last named Lewis appears in the tribe. When the tribe was decimated, many of the members went and lived among the black people. Other members would pass as white. I verified that I had a native American connection via a DNA test. Why wouldn’t this information had been passed down to the descendents? During this period of time, especially in this particular area, the last thing you wanted anyone to know is that you are a native. Have you ever heard of the Trail of Tears?

My efforts to trace my genealogy in the colonial period are what lead me to discover Ned Hector and colonial African-American history. Although not related to Ned Hector, what I learned was an eye opening experience. 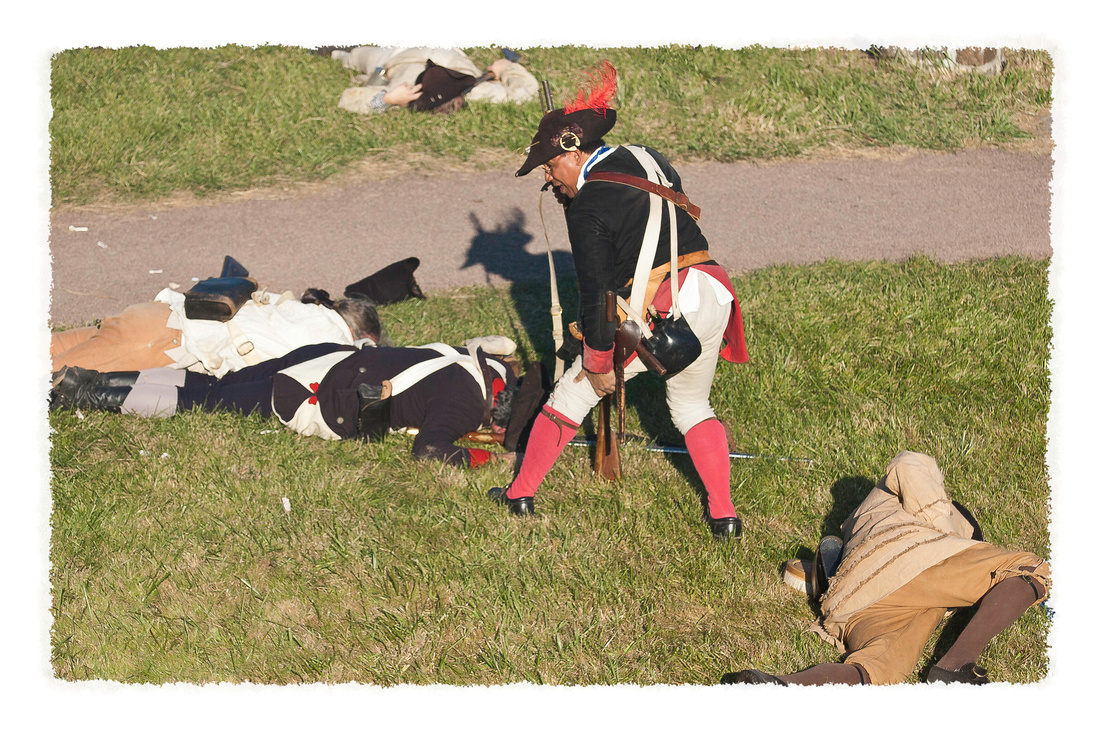 2) Have your school classroom visits changed after COVID, such as integrating technology?

I have had to expand my efforts to communicate my information. I have developed some virtual presentations in which I retain some elements of interactivity. I’ve learned to speak through mask and face shields. Taking some clues from our colonial ancestors, I’ve learned to teach colonial dancing using handkerchiefs. In some cases I have learned to use PowerPoint to enhance my presentations. In some cases, when doing presentations outside or in large venues separated from my audience, I have utilized portable PA systems. Sometimes you do what you have to do, to do what you need to do.
3) What are your thoughts on critical race theory, and have you introduced this topic in your presentations?

I have been told so many different things about the critical race theory that I decided I’m going to leave that to those that want to tussle about what it is and is not. What I’m going to do is convey history as clearly and honestly as I can with the hope that it will bring us together as better people. 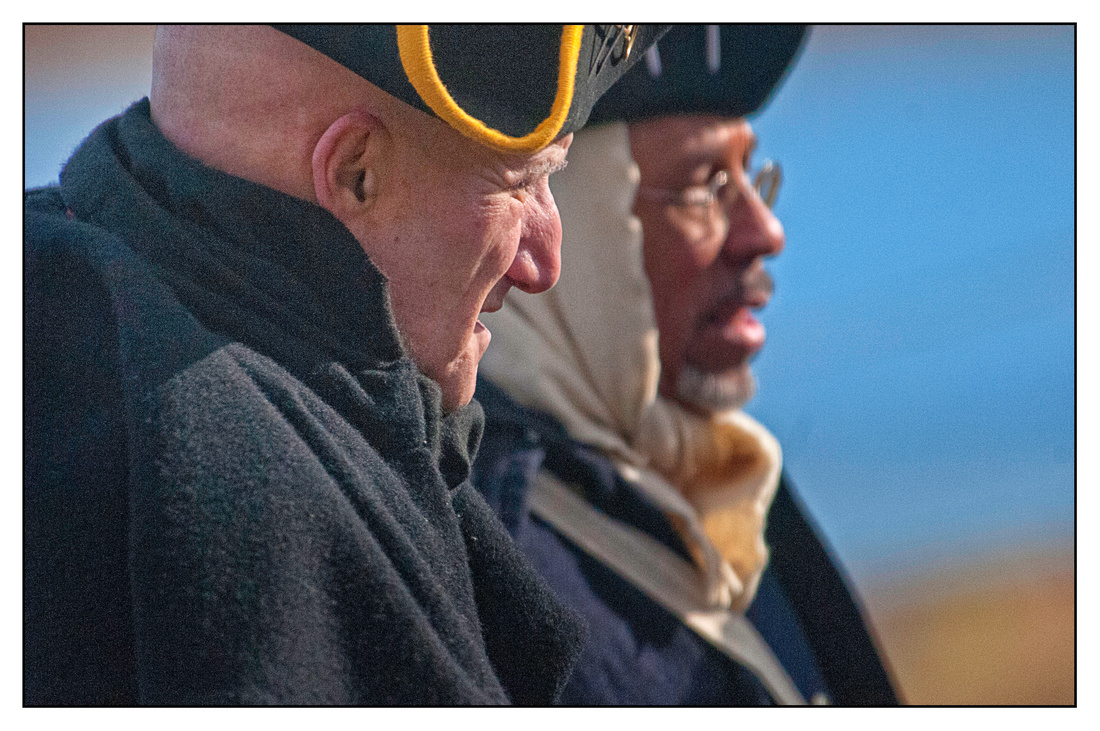 4) Since you’ve presented in public schools for many years, what history curriculum changes do you believe are needed?

Over the years that I’ve been working with schools I have noticed a slow removal of history as a subject out of the curricula. Since history is not part of the STEM core curricula, in many schools it has been relegated to social studies or deemphasized as a lesser subject. I have a fear that there will come a time when our nation will have no idea where our government came from, how it operates, and how to maintain it. Ignorance does more damage than anything I know off. I believe that we need a fuller and more complete history taught, so we can learn from our mistakes. 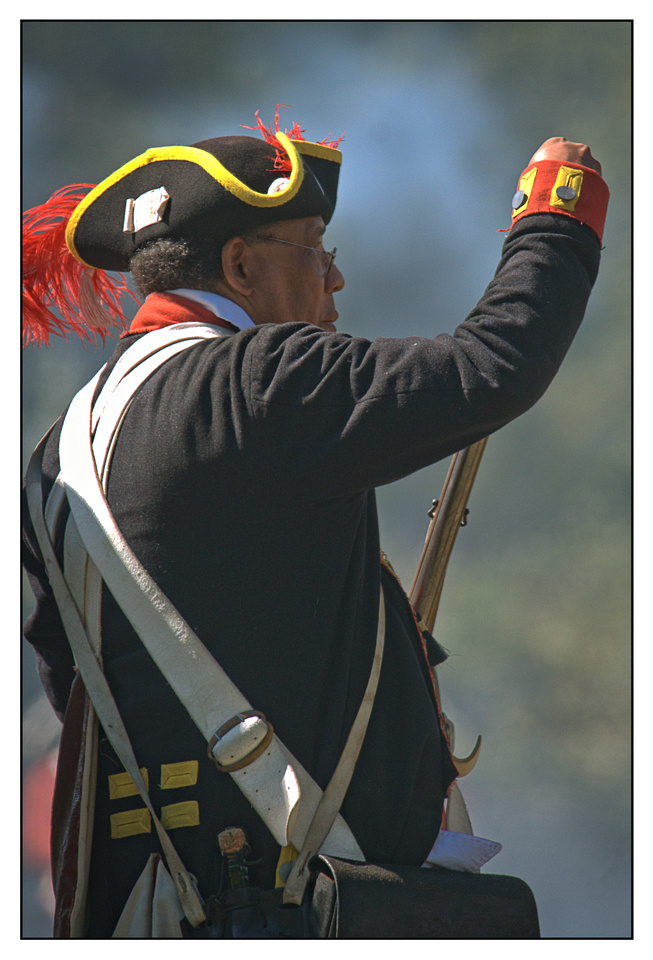 5) Have you been a mentor to students or have exciting stories to share?

I haven’t had anyone follow me around that I have acted as a teacher for, but I have had situations where I was told that what I did affect it individuals in my audience. At a presentation at Freedoms Foundations in Valley Forge, I was told of a young Asian boy from California that told his teacher that now he knew he fit in America as part of the e pluribus unum in reaction to something I said during my presentation. I was very moved. At the Graeme House Park, a woman walked up to me and said, “You probably don’t remember me, I was a little girl when I first saw you. You are the reason I started reenacting. Later that evening, while after a doing presentations at my station in the house, a little girl came up to me and said, “I like what you’re doing. I want to do it to.” I told her today’s your lucky day. I directed her to the woman I talked to earlier that day, and told her to talk with her. When our evening was done, the woman told me that they had signed her up as a junior helper. Some time ago I had a young man tell me that I inspired him to become reenactor. I often wonder if I’m really doing any good. Then I am reminded that you never know how your message is affecting people.

Since the last blog I did for Kenneth a couple things happened. I was given the honor by the Brandywine Battlefield Park to represent them as their, “2022 Volunteer of the Year”. I was thrilled to speak for the Daughters of the American Revolution at a dedication of a historical plaque for a Black Revolutionary War soldier named Oliver Cromwell in Burlington New Jersey. Crooked Billet School was built where a skirmish of the Revolutionary War occurred. About three years ago, the school was torn down and rebuilt. In the rotunda area they honored Ned Hector by putting a picture of me as the artillerist Ned Hector on a wall mural. On April 29, 2022 I had the honor of presenting Ned to the students there. 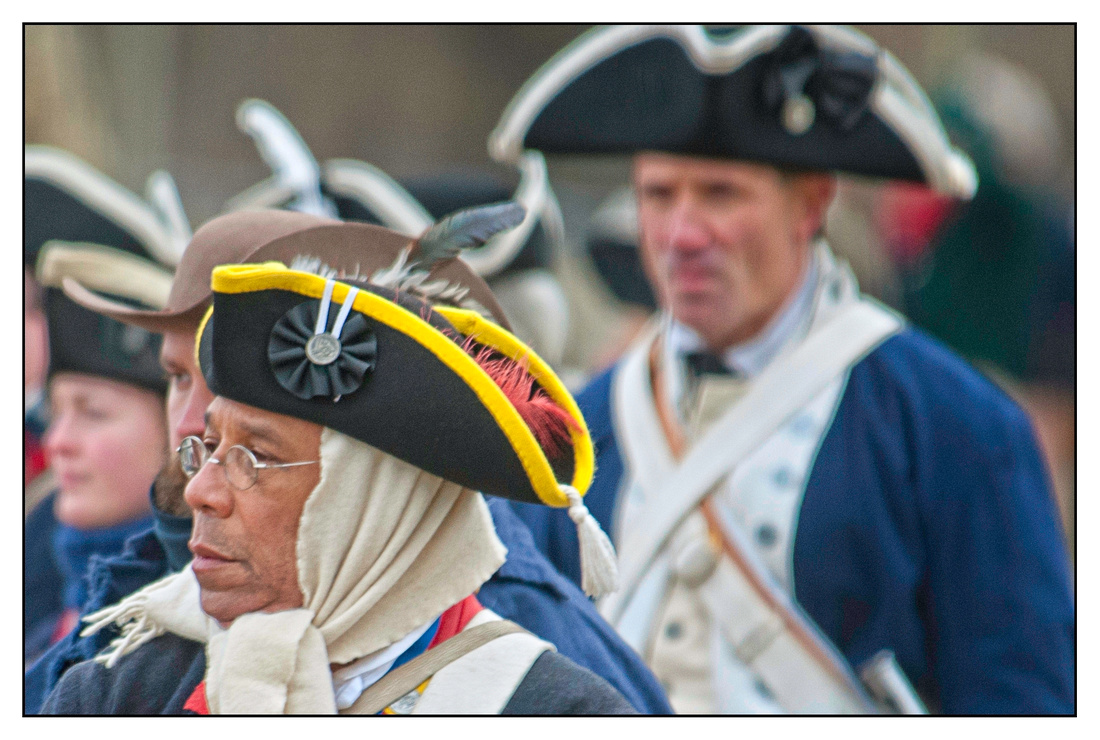