Happy New Year! In last month's blog, I reviewed my two out of five core attended reenactment events. This month, I'll reflect on two more, Washington's Crossing Historic Park and the Battle of Trenton-Old Barracks Museum. And next month, I'll review all the many events at Valley Forge National Historical Park.

By far, December is my busiest reenactment event month. In some years, there is an event every weekend. Washington's Crossing is the big one. It's two separate events. The first one is a practice festival held about two weeks before the main crossing on Christmas Day. Both are fun. But, the Christmas event is the busiest of the two; it's a family tradition with hundreds attending religiously year after year. My focus both days is capturing outstanding photos of George Washington, recently portrayed by John Godzieba. His resemblance to George Washington is remarkable! 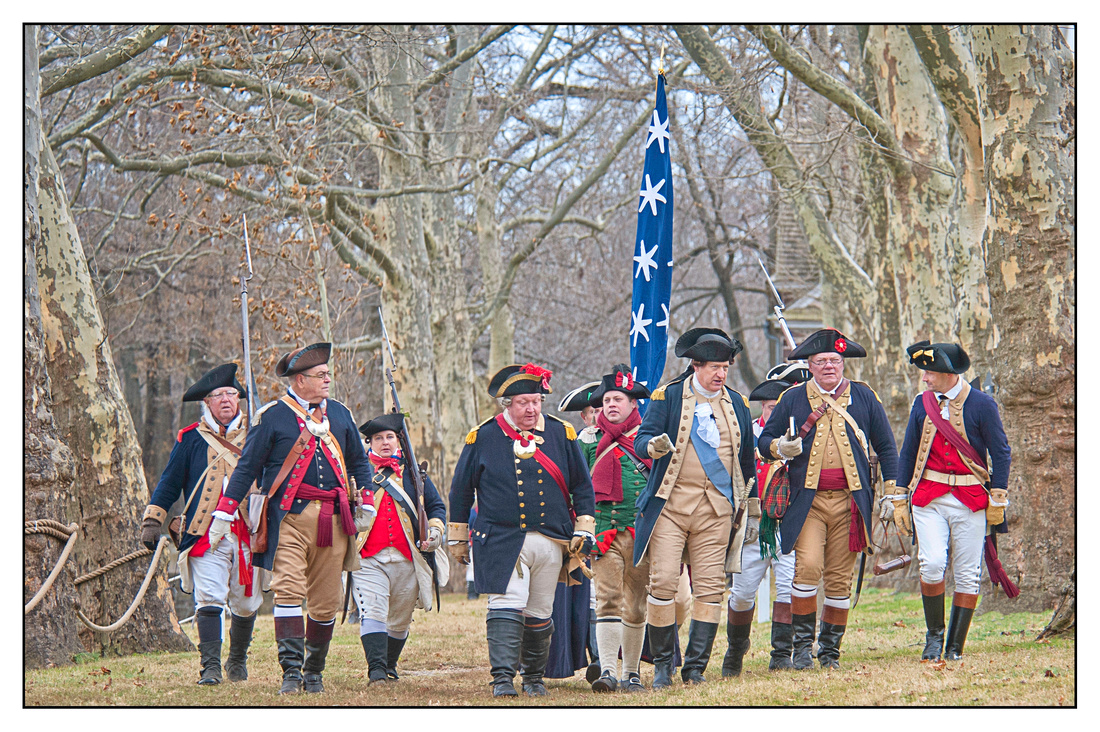 When first photographing Washington's Crossing, I parked in PA & walked across Washington's Crossing Bridge to wait for the replica Durham boats (carried heavy cargo on colonial waterways) to land in NJ. Lately, I've stayed in PA and photographed  Washington preparing his troops to leave PA and the reenactors boarding the boats. Just before departing, Washington delivers his motivational crossing speech. Very inspiring! 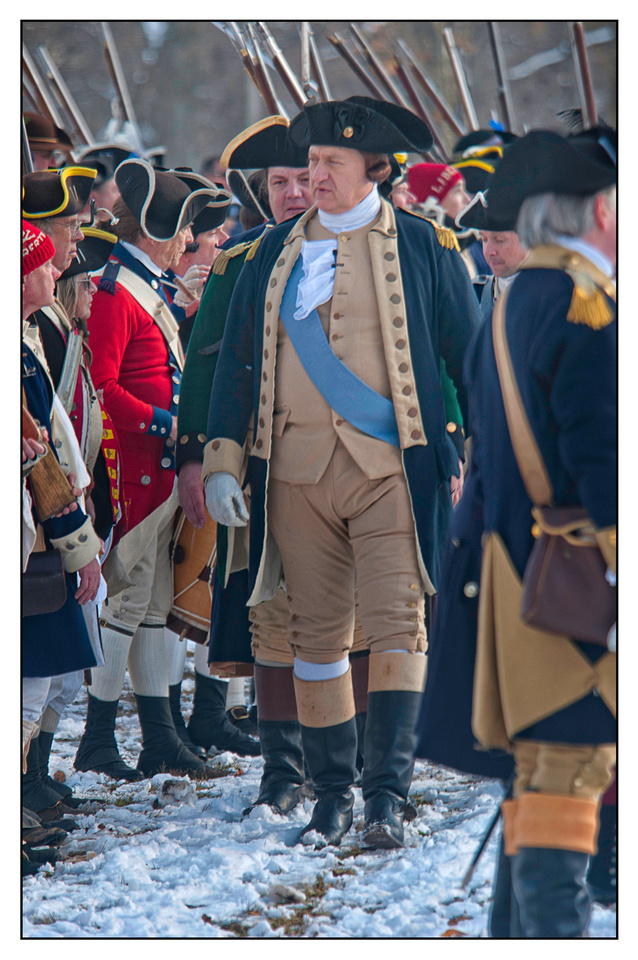 In the last few years, I've wanted to photograph the crossing from a different perspective. The bridge was the perfect solution. The photo below shows the ample size of the Delaware River compared to the relatively small Durham boat.  Also, it provides an inkling of the tremendous undertaking it must have been for Washington and his men to cross in darkness during a blinding blizzard snowstorm. You truly understand the difficulty of the Christmas night crossing when you view the Durham boats up close. 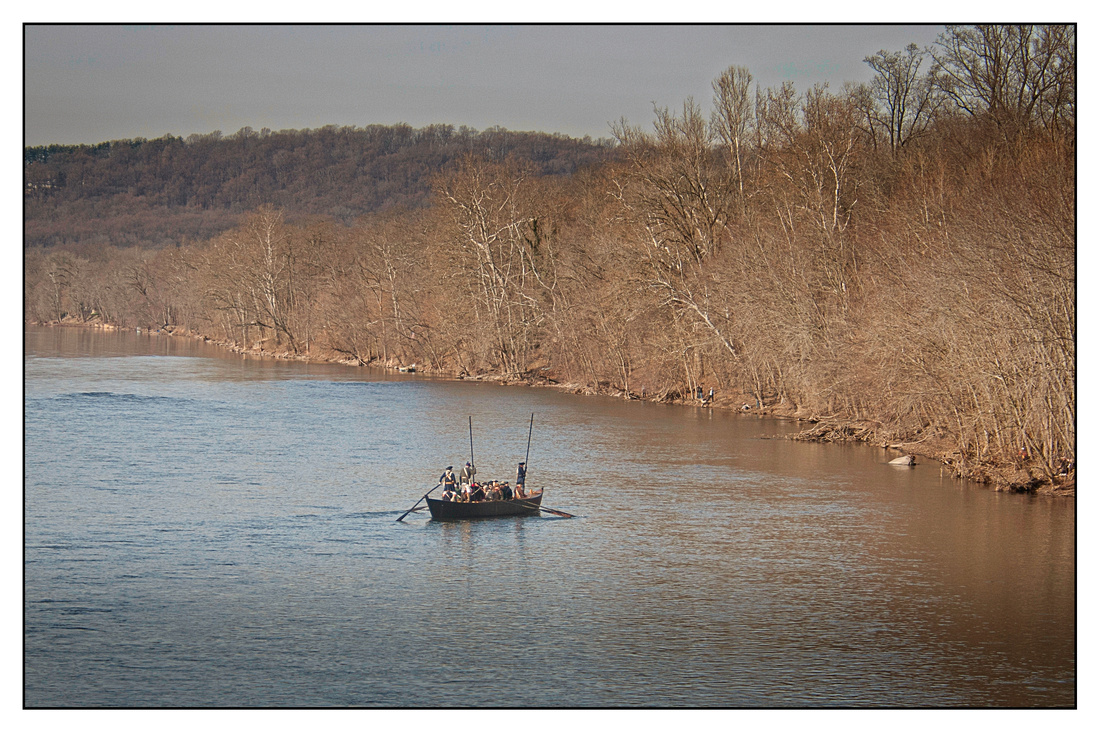 The Battle of Trenton is held the last Saturday in December. It usually takes me about an hour by highway driving. Last year, I did something different by taking the SEPTA train to Trenton. It was a comfortable 2-hour trip and a brisk .08 mile walk to the Old Barracks Museum. A photo friend drove me to the train station when it was over.

The event commemorates two battles. The first and most known is the Christmas night crossing. This reenactment starts with a cannon firing at the Trenton battle monument and the fighting continues in the streets until it reaches Mill Hill Park.

Below shows the battle in the Trenton streets.

It snowed a few times during this event. That's what I'm always hoping for. My drive home then took hours, but the photos I got were worth the long commute. Below is a great example. The snow adds so much realism. It's an event you should try to attend at least once. You're so close to the reenactors during the street fighting you can reach out and touch them. It also gets so loud from the muskets and cannons that car alarms go off. 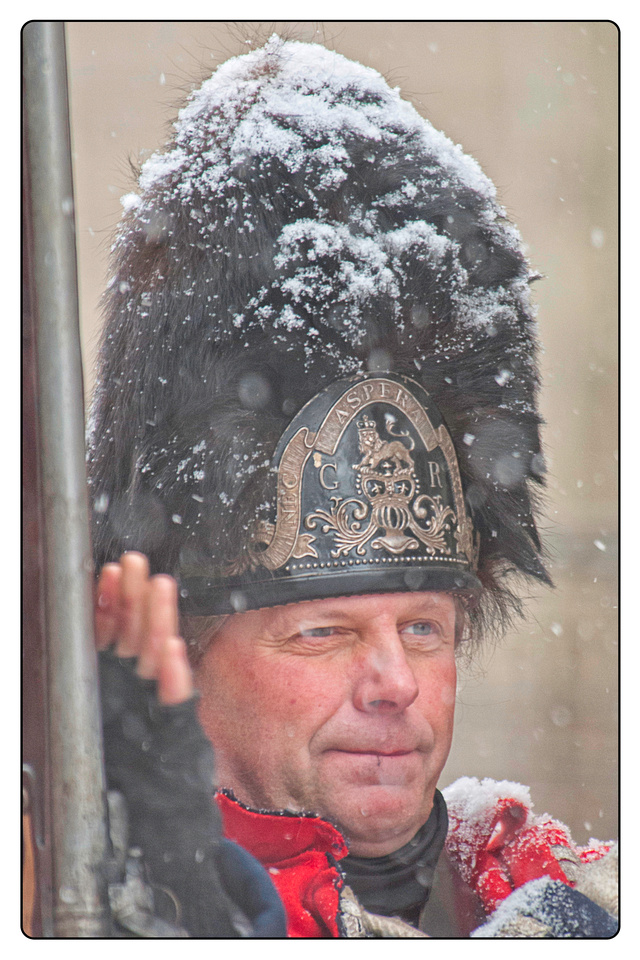 The lesser-known 2nd Battle of Trenton, known as the Battle of Assunpink Creek, occurred on January 2, 1777. The Hessians were repulsed three times & annihilated when attacking a fortified position, The afternoon battle depicts this battle on the Mill Hill Park Bridge. 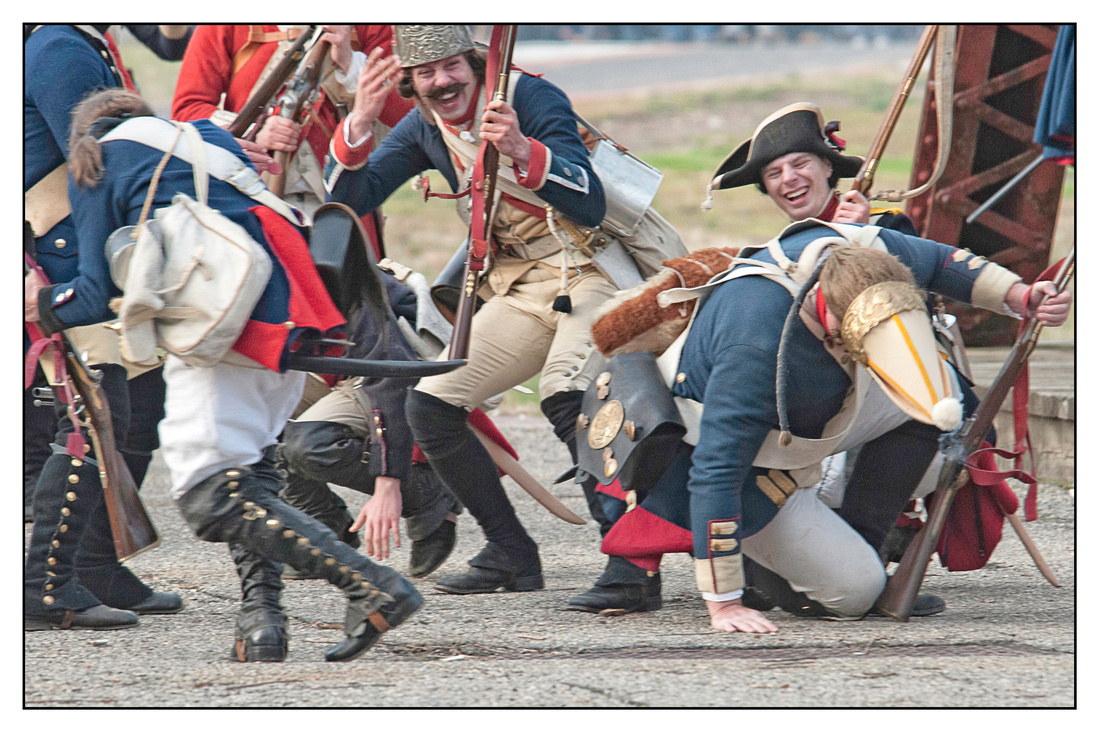