Last month, I reviewed two more core reenactment events I've been regularly attending, Washington's Crossing Historic Park and the Battle of Trenton-Old Barracks Museum.  In this blog, I'll review the Valley Forge National Historical Park. I visit as often as possible. This past Sunday, 1/31, is a perfect example. We were in the middle of a massive snowstorm. Time to take some wintery photos! 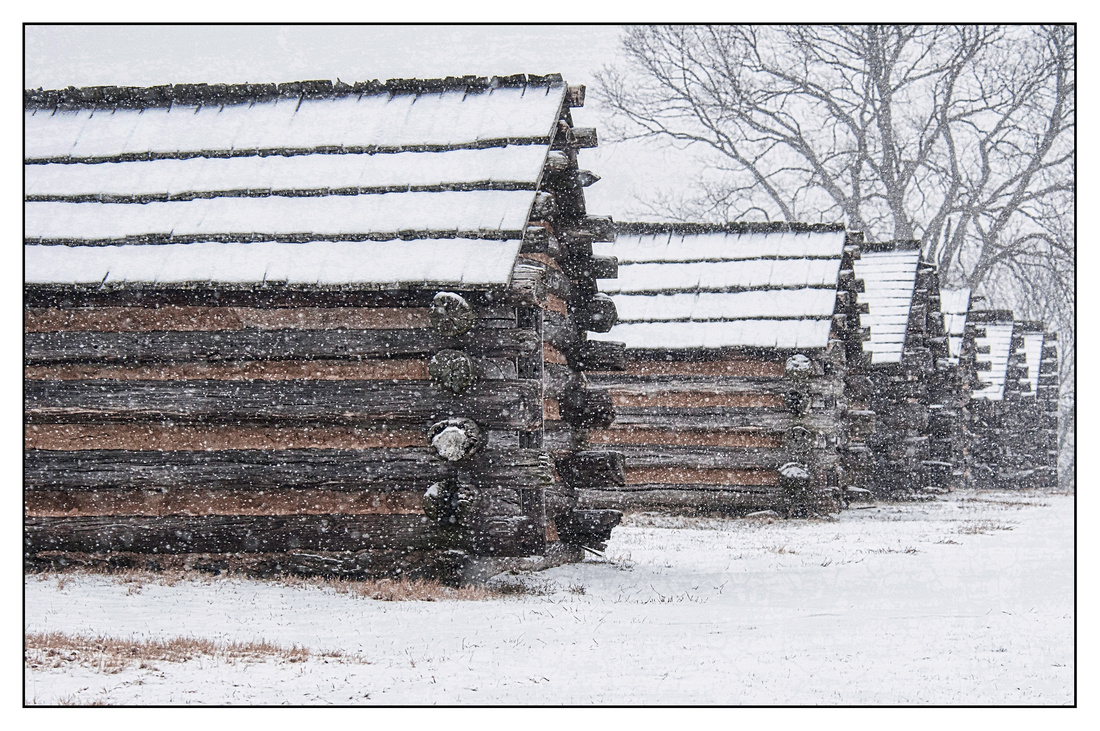 My young son sure enjoyed playing in the snow with his sled! What a fun day. 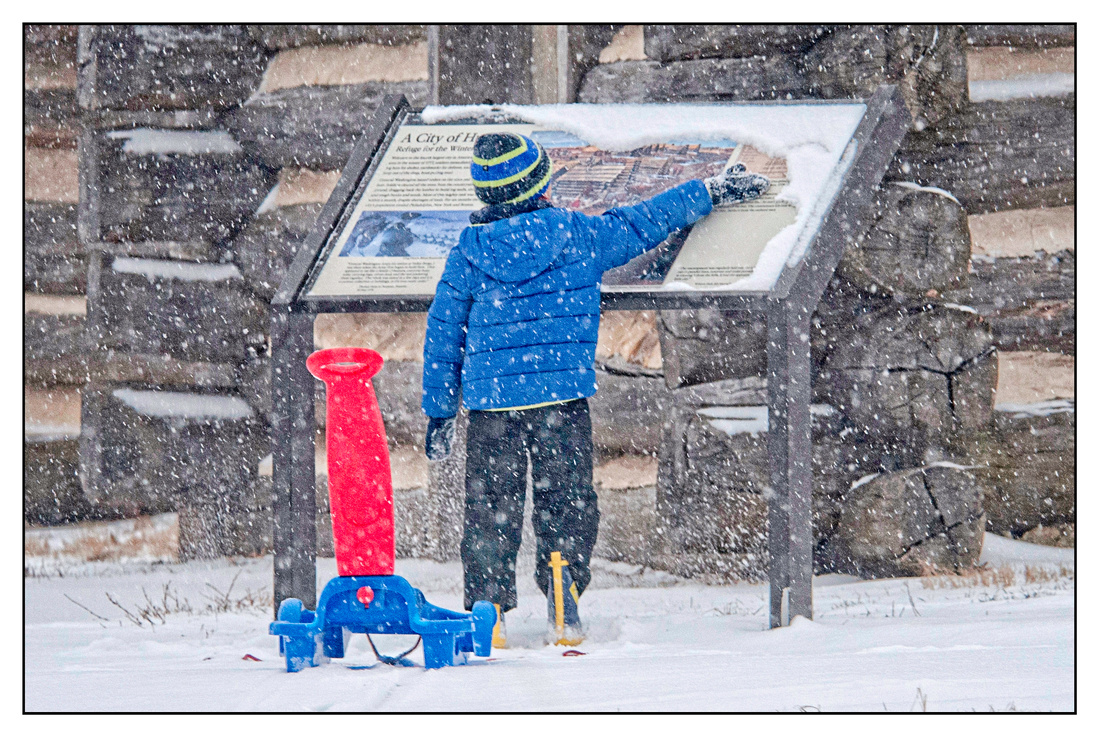 Luckily for me, it's only about a 30-minute drive. Anytime it snows, I'm hoping I'll be able to visit and photograph the restored cabins/cannons. Below is a great example. It's cold and uncomfortable, but capturing great photos is worth it. 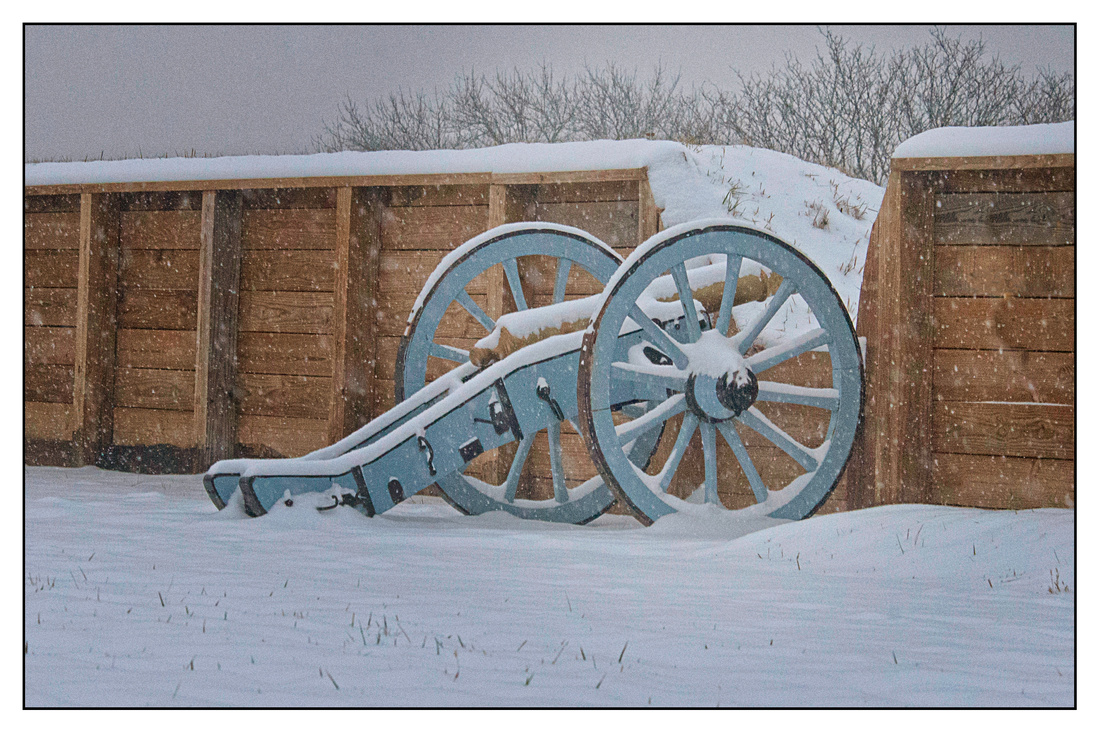 The Valley Forge National Historical Park has many different events over the years including, the annual march in and out of Washington's troops from December 19, 1777, to June 19, 1778. At its peak, there were 1,500-2,000 log huts measuring 14 x 16 feet. The encampment had over  12,000 soldiers plus 400 women/children, making it the fourth-largest city in the United States at that time. 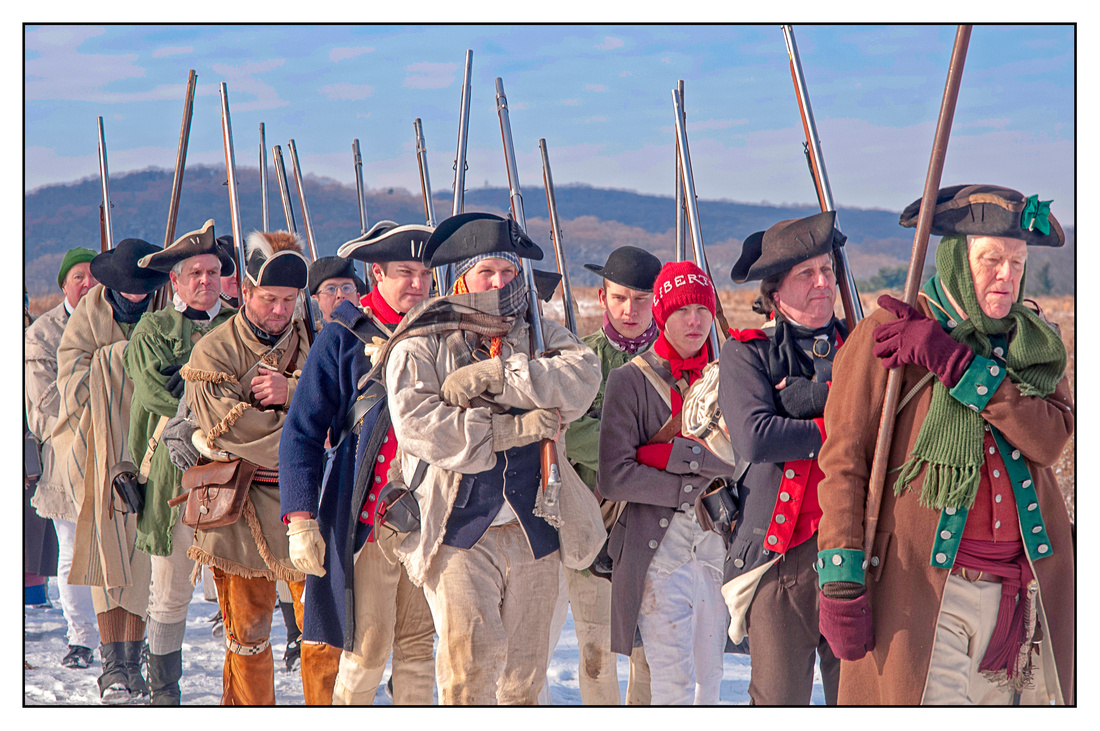 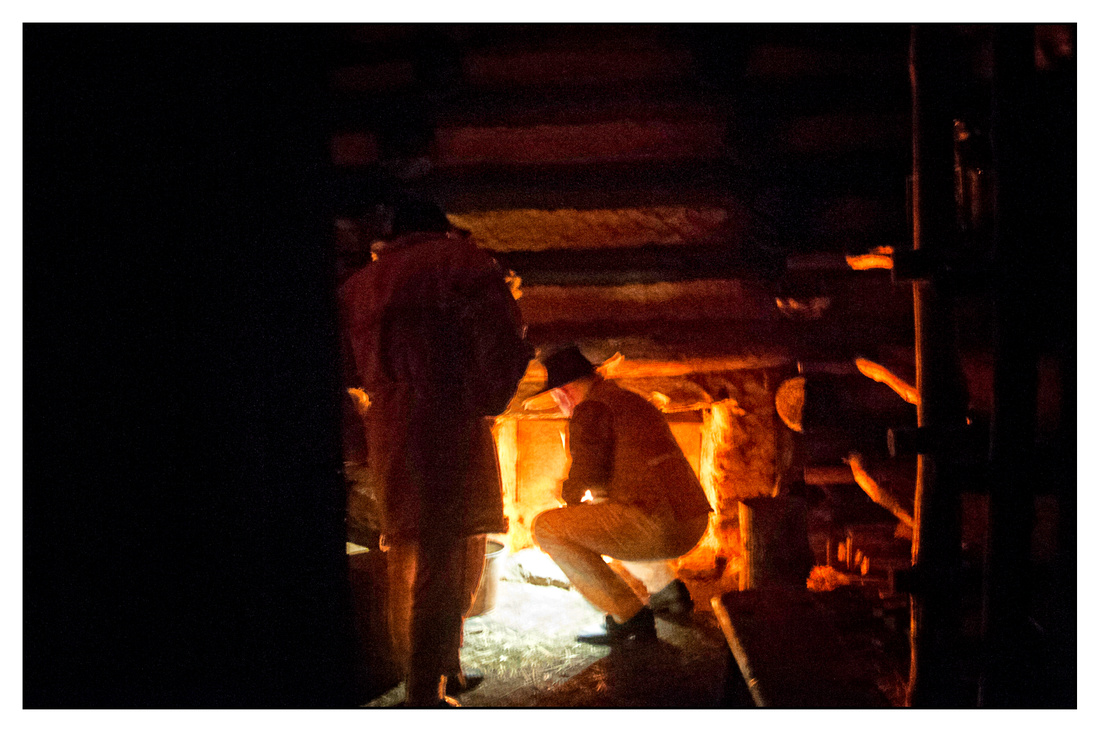 The list of famous Americans at Valley Forge during the encampment is long and impressive. Let's start with America's most famous eventual traitor, Benedict Arnold. Plus, the Marquis de Lafayette who's future relationship with George Washington, was almost like a father and son. 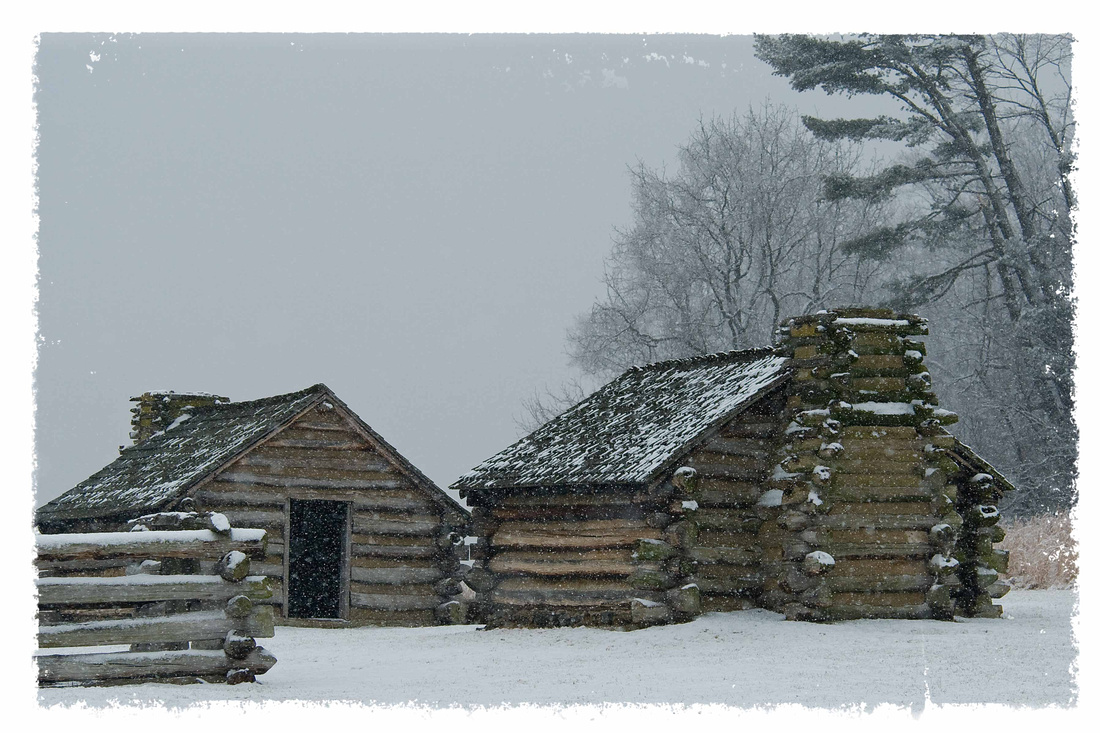 Add another future President, James Monroe, and Chief Justice John Marshall's who was Thomas Jefferson's bitter rival and 2nd cousin. And finally, one of those bizarre occurrences Alexander Hamilton and his future killer in a dual Aaron Burr. Wow, they knew of each other then. Did they communicate often at the encampment? 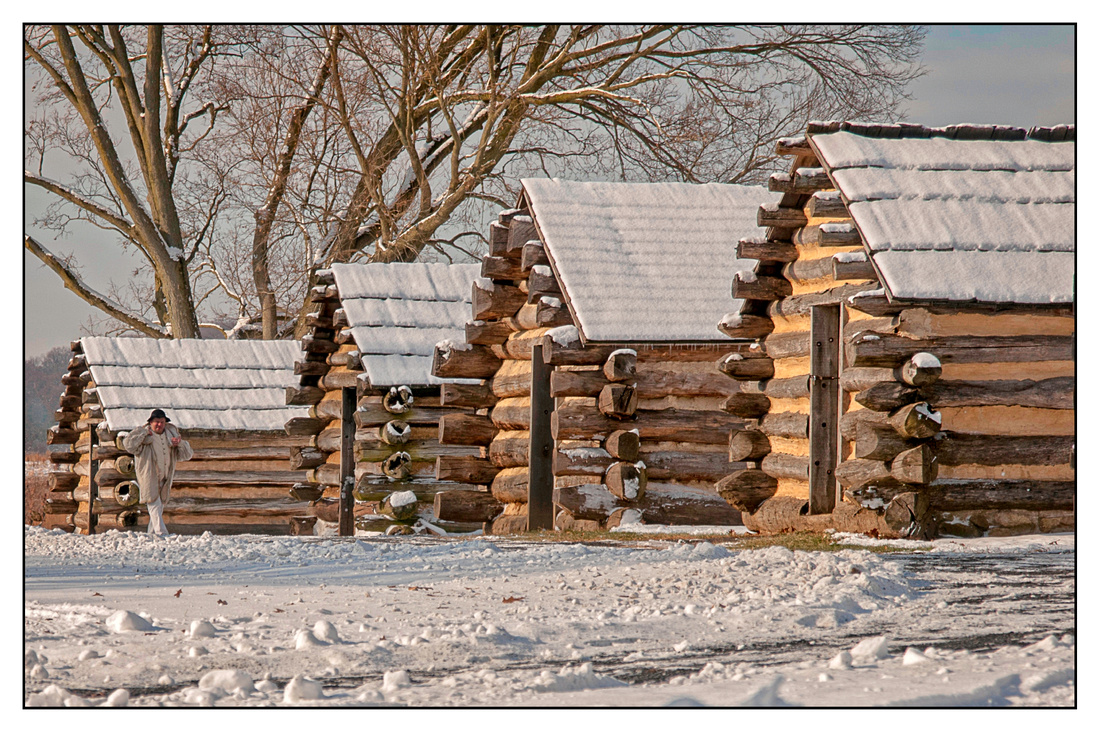 Below is the Issac Potts House that was used by George Washington as his headquarters at Valley Forge. 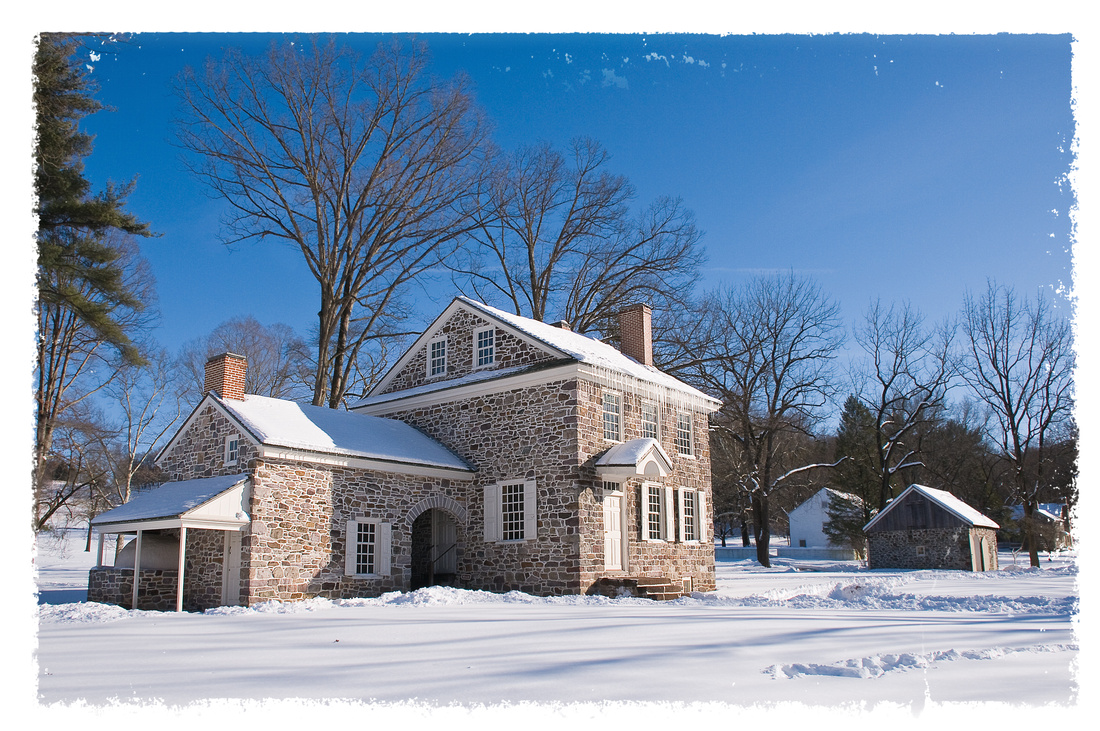 Today, the park is a spacious 3,500 acres with replica cabins/cannons, monuments & walking trails. In addition, Valley Forge regularly hosts encampments and special events including a Focus on Women & Civilian Contributions 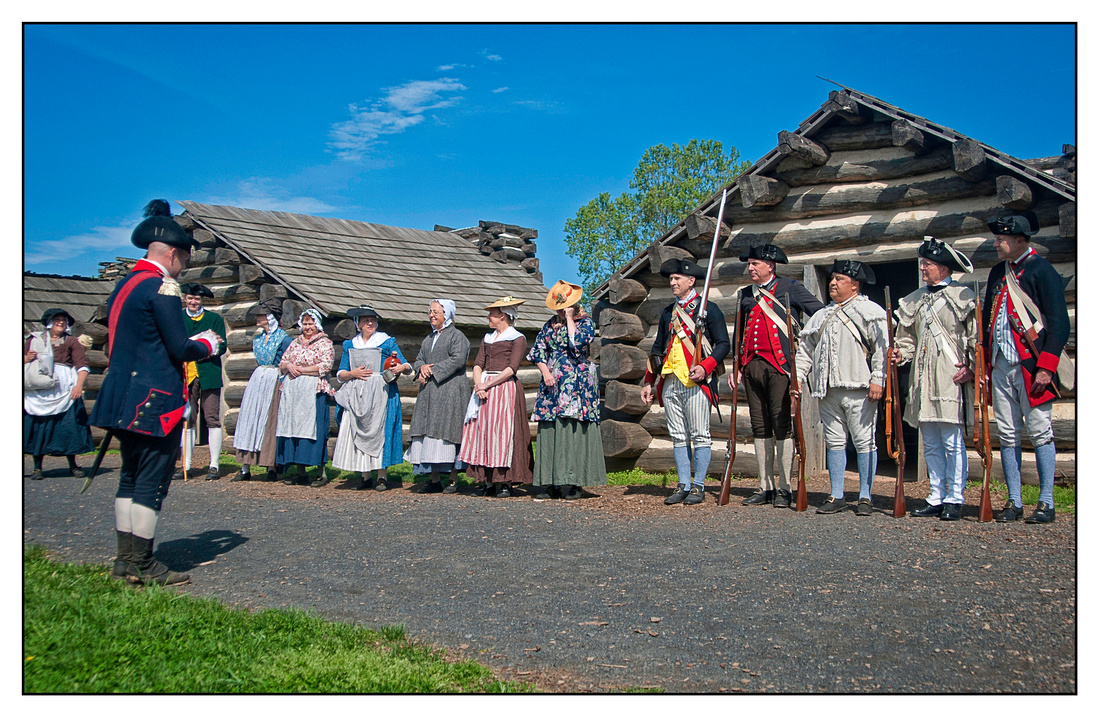