At any 2-day weekend reenactment encampment, there has always been an early Sunday morning religious service. It's stated in the event schedule. I always try to attend. Usually, there will be between 10-25 British & American reenactors plus spectators like myself. The Christian observance usually lasts about 20 minutes. 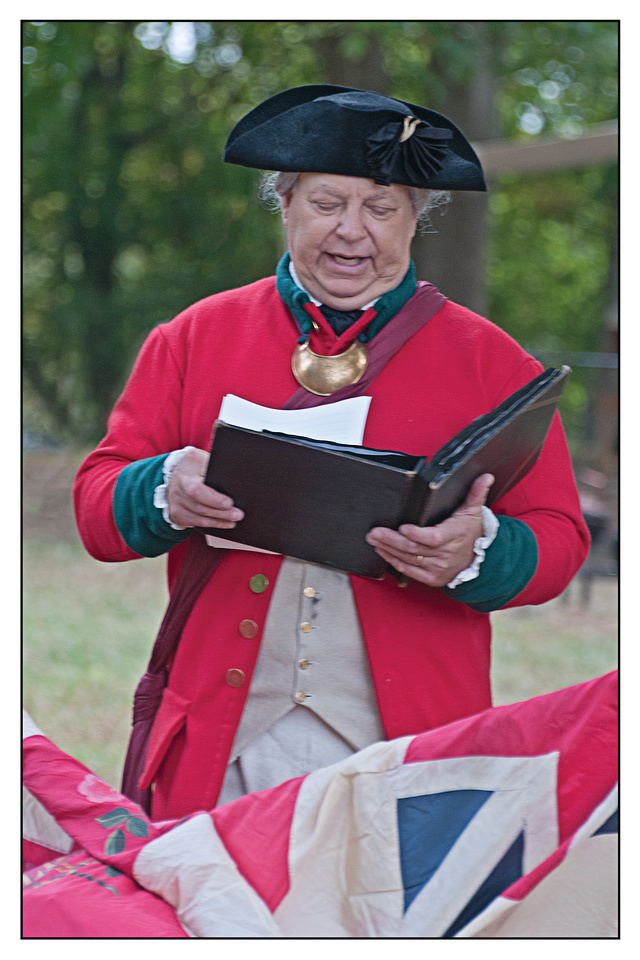 When I first arrive I take a few photos. Then I'll put my camera down and participate in the service. From all my weekend reenactment photo galleries, British Brigade Deputy Commander Mark Hagenbuch is leading us. He reads a few bible passages, selects a few hymns, delivers a short sermon, and ends with a group prayer.  At the end of the service, I feel comforted just like my regular weekly church service. It helps provide me peace and hope. 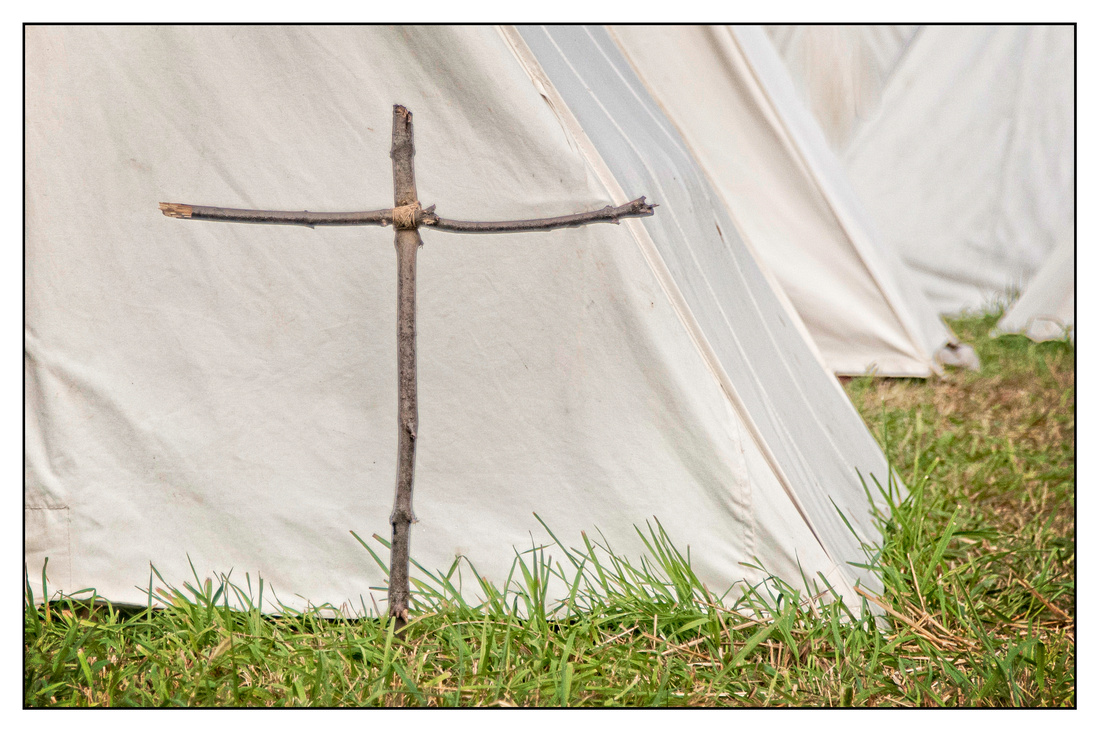 At an event in 2017, I noticed this cross made of sticks in front of a reenactors tent. I don't remember which camp it's from? 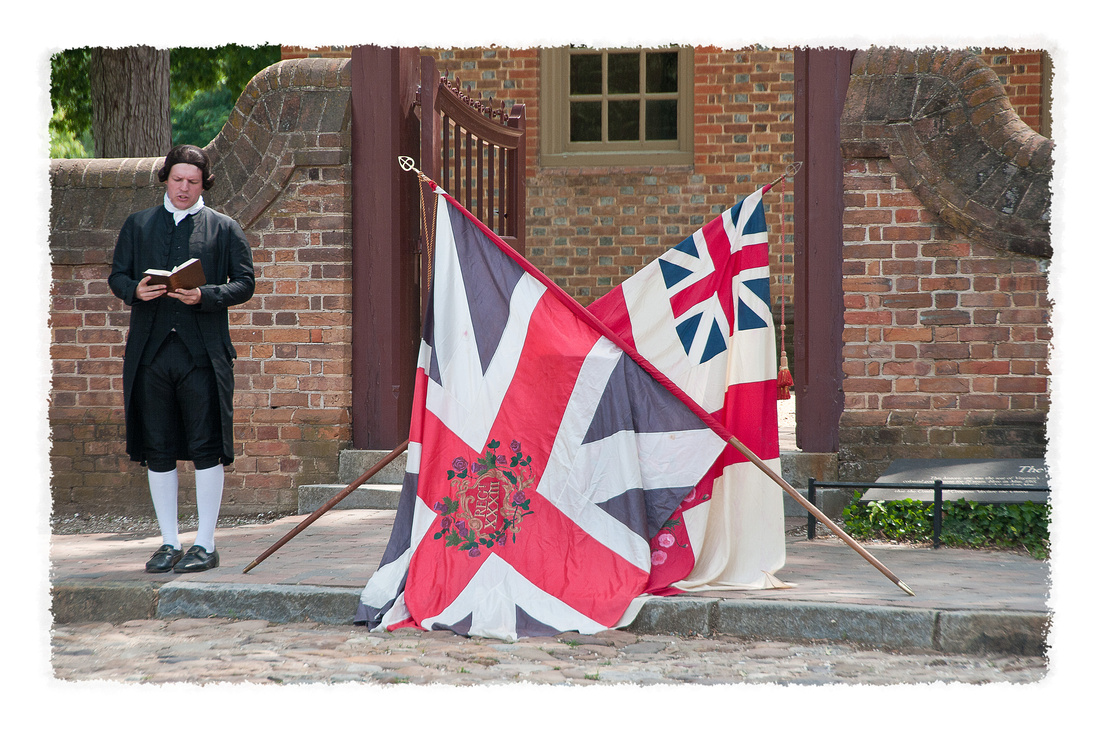 In my 3rd blog, over two years ago I wrote how much I enjoy visiting Colonial Williamsburg. They regularly had two events that I wish would be held again, Under the Redcoat & Prelude to Victory. Under the Redcoat is held first in late June. It depicts the British occupation (for about 10 days) of Williamsburg in 1781. The town is taken over by the British army and the reenactors set up camp throughout the historic area. Martial Law is declared. 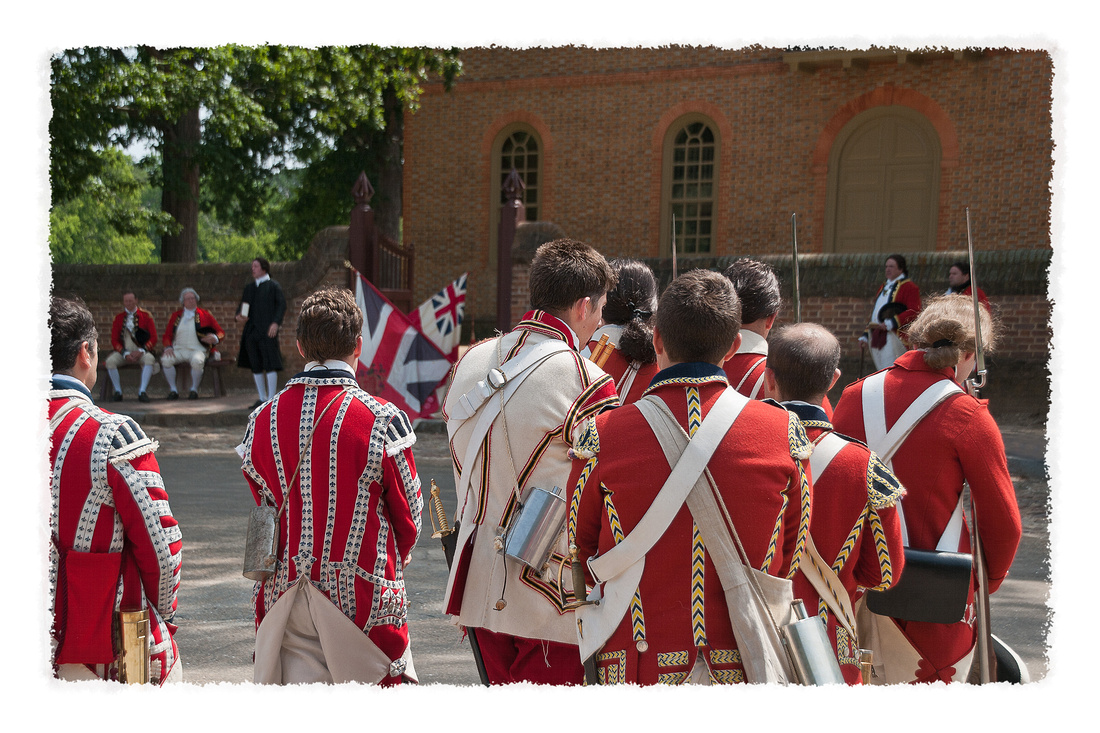 On Sunday morning, a church service was held in front of the Capitol. All troops were required to attend. 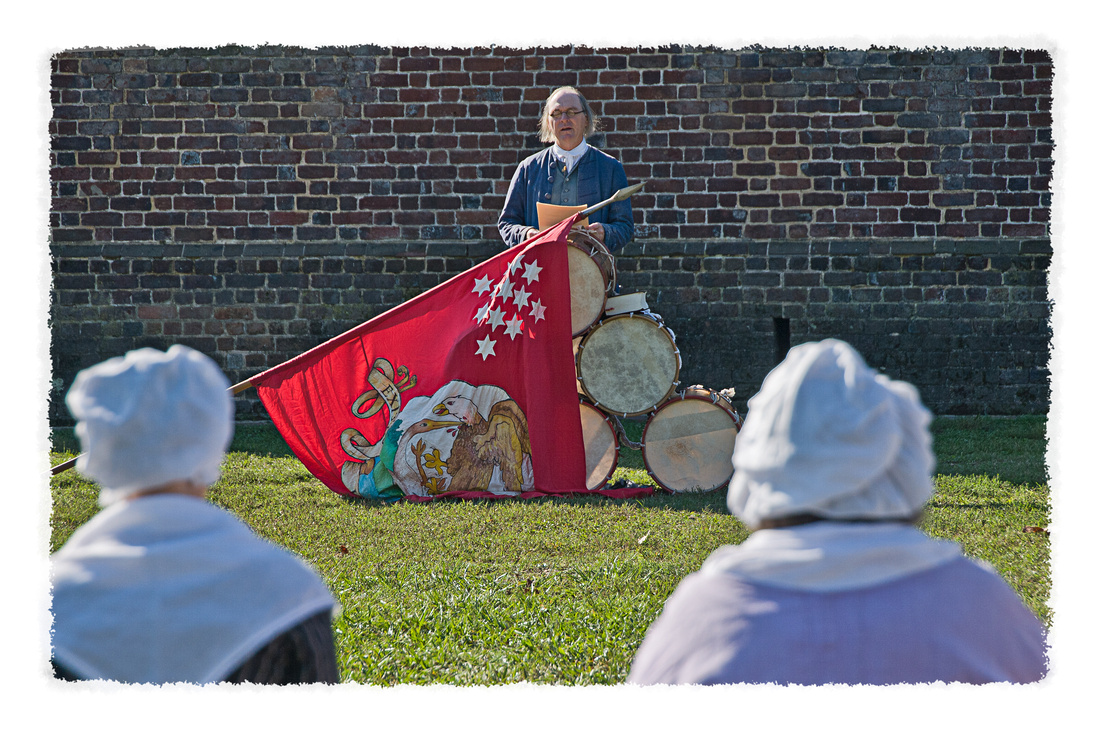 Also, in my 3rd blog, I wrote about Prelude to Victory-

This event celebrates the anniversary of George Washington & the French General  Jean-Baptiste Donatien de Vimeur, comte de Rochambeau and their armies stopped in Williamsburg for a few days rest before proceeding on to Yorktown for the last major battle of the war.

On that weekend Sunday, there was a religious service at the side of the Colonial Williamsburg Courthouse. Besides American troops attending there also were many Williamsburg visitors.

At any weekend reenactment event, I will check the schedule to learn what time and where the religious observance will be. When you're at an event try to attend. You will feel refreshed! 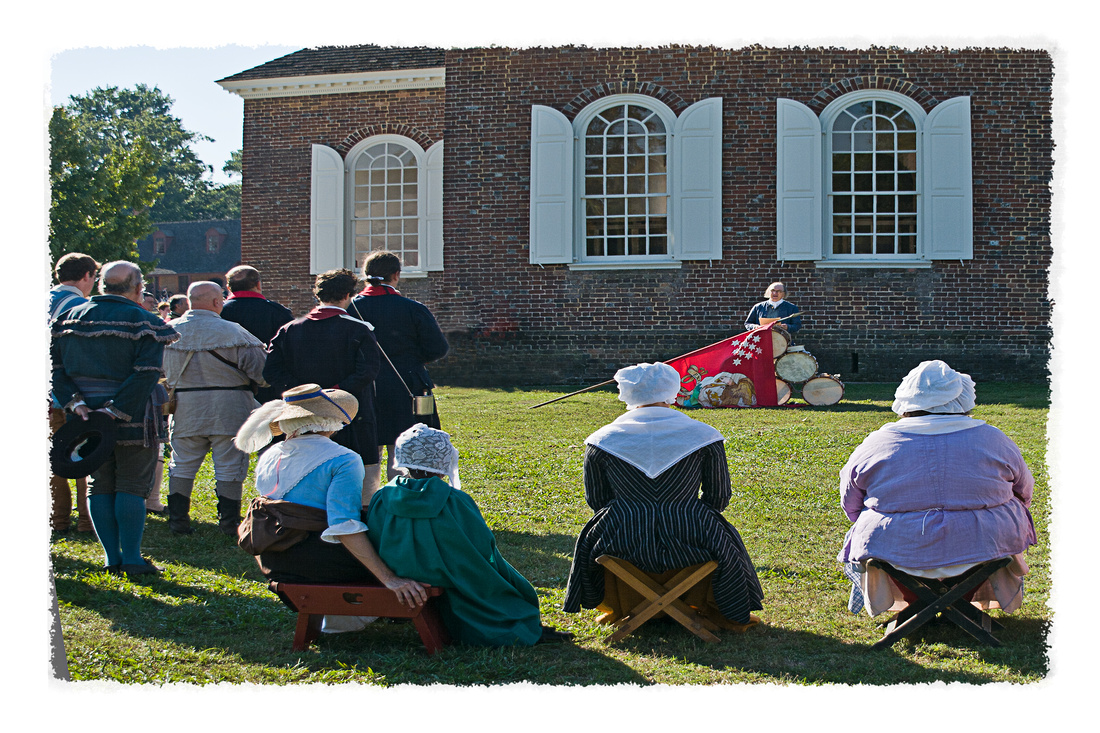