My Camera Gear and Accessories Part 2 of 2

In last month's blog, I described my photography gear. For this month's blog, I'll review my cameras and accessories. First, the camera; I bought the SLR Nikon D 500 last year. I've only used it a few times. The camera I had for so long is the Nikon D 300. Why the change? The camera was old and needed to be upgraded. I've had it for over a decade. Some of the features of this  new camera are amazing.

Here is my primary camera gear. 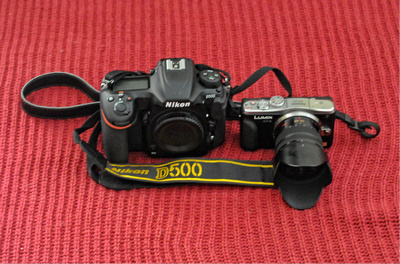 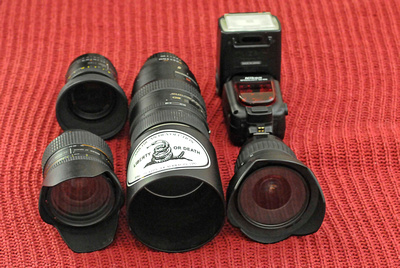 The most significant advancement in this camera is the significantly high sensitivity of the image sensor (ISO). Previously, I couldn't photograph high school night events with my long lens because the ISO couldn't go high enough. I can now set my ISO to 51,200. To put that in perspective, during film days, the highest ISO would be around 1,000! Game changer.
As a backup, I have the Panasonic/Lumix Mirrorless DMC-GF6 with a 14-42 mm lens. Because of this camera, I have some videos on my website.

I've had all my lenses for over a decade, and they work perfectly. My primary reenactment lens is the Nikon 80-400 4.5-5.6 VR. You'll see on the lens hood (decal from sutler-Ron Mehalko of Revolution Wear) my photo interest! About 75% of the photos on my website are from this lens. I can handhold it because of the VR feature, and I can zoom in close, very close. This photo is a perfect example. 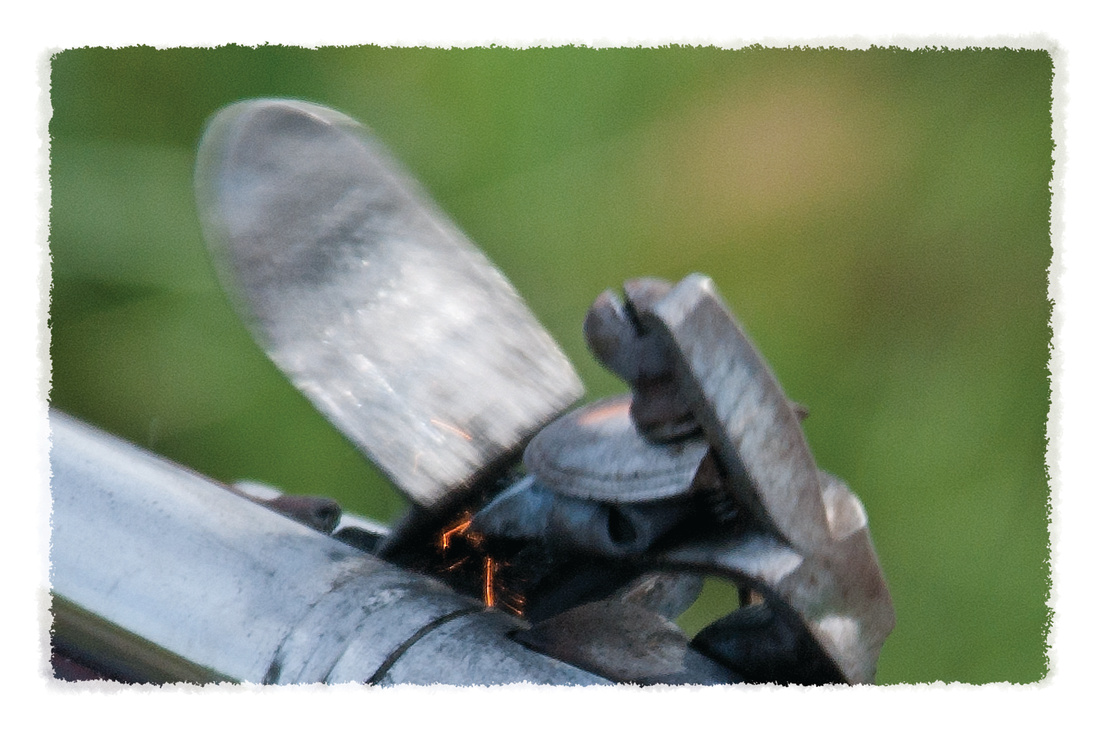 Only because of my lens could I have taken this shot. Another reason is that my camera has a crop sensor that magnifies the lens more. In blog # 24, I described what this means

My Nikon DSLR (interchangeable lens) camera has a smaller crop sensor. It sees a narrower field of view. The good news is this smaller sensor magnifies my lenses by 1.5 times! Now my 80-400 mm lens becomes a 120-600mm. Also, to gain even more distance, I added a 1.4 converter which extends the lens even further. Now it's comparable to an 840mm. Why is this significant? The average eyes see around 50mm!

I'm using my Nikon 24-85 2.8-4 lens more now because of photographing camp life. When I first arrive at a reenactment, I go to the campsites. I can capture many interesting photos early in the morning like, this one from Mt Harmon 2019. 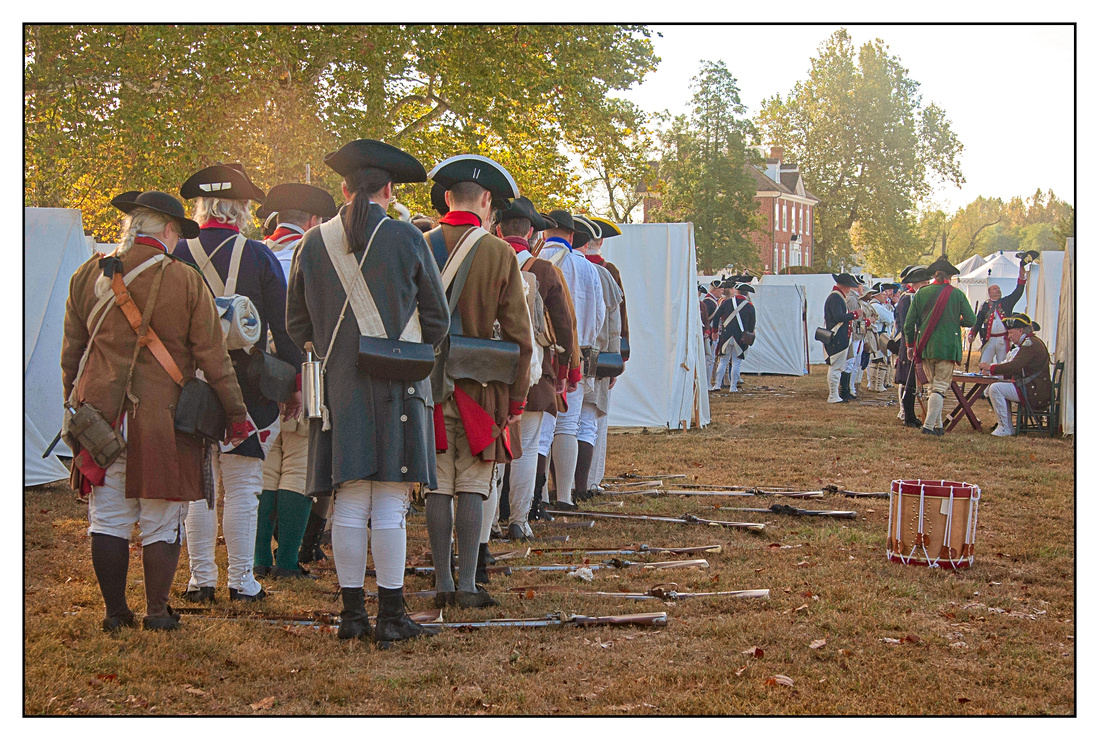 The lens I use less often is the ultra-wide 11-18 mm 4.5-5.6 Tamron lens and the fixed focal Nikon 50 mm 1.8 lens. For the wide-angle lens, I use it when I want a broader perspective of the reenactment site. This photo from Return to the Hook 20213 in VA shows that. This event has been one of the most incredible reenactments I've attended. On the first day, a full-scale replica cabin was created.  And later, on the last day it was burned to the ground. I was able to photograph from a tower, there were 2 of them, about 30-40 feet high. The vantage point for the reenactments was spectacular. I have no other photos similar to the one here.

I don't use the 50mm lens at reenactments often. I'll use it when roaming the Continental & British camps. To get good photos with this lens, you have to work the shot, move around and shoot from different perspectives. But that's what I want to do to get an excellent photo. Here's an example of that sharp lens from this photo from Battle of Germantown 2012. 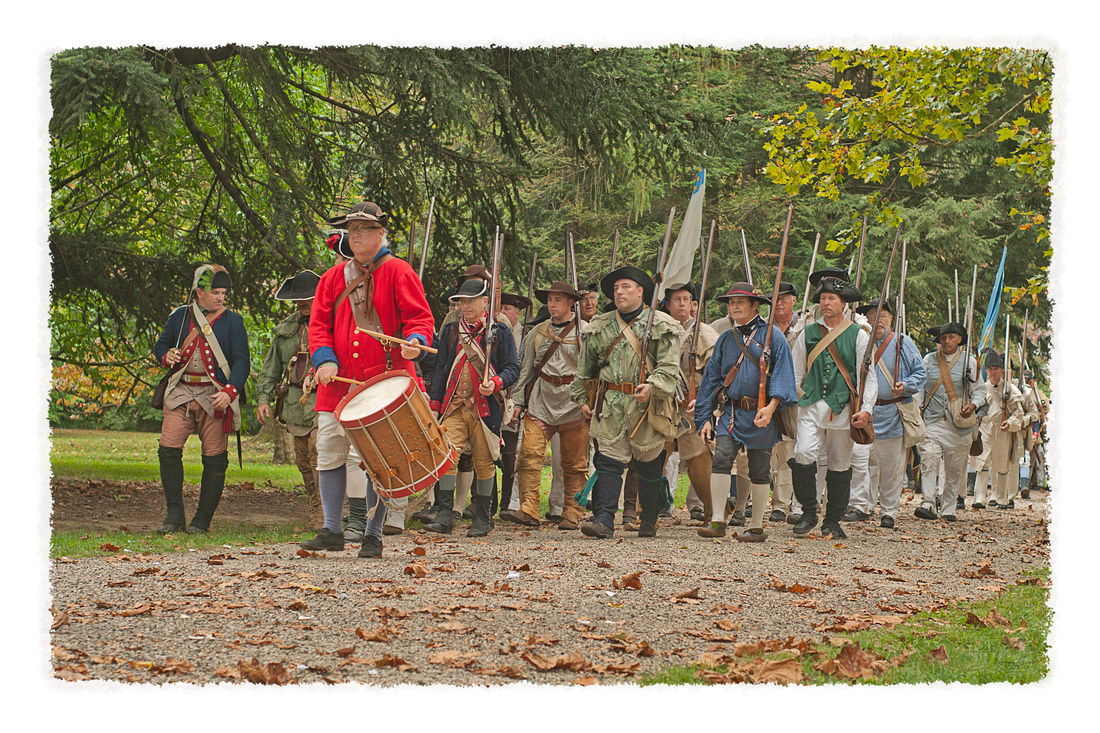 I bring my Nikon Speedlight SB 900 flash only occasionally. If I know there will be finite natural light, such as inside buildings/cabins, then I will. Without the flash, I couldn't take this cabin photo of reenactors at Valley Forge 2017. 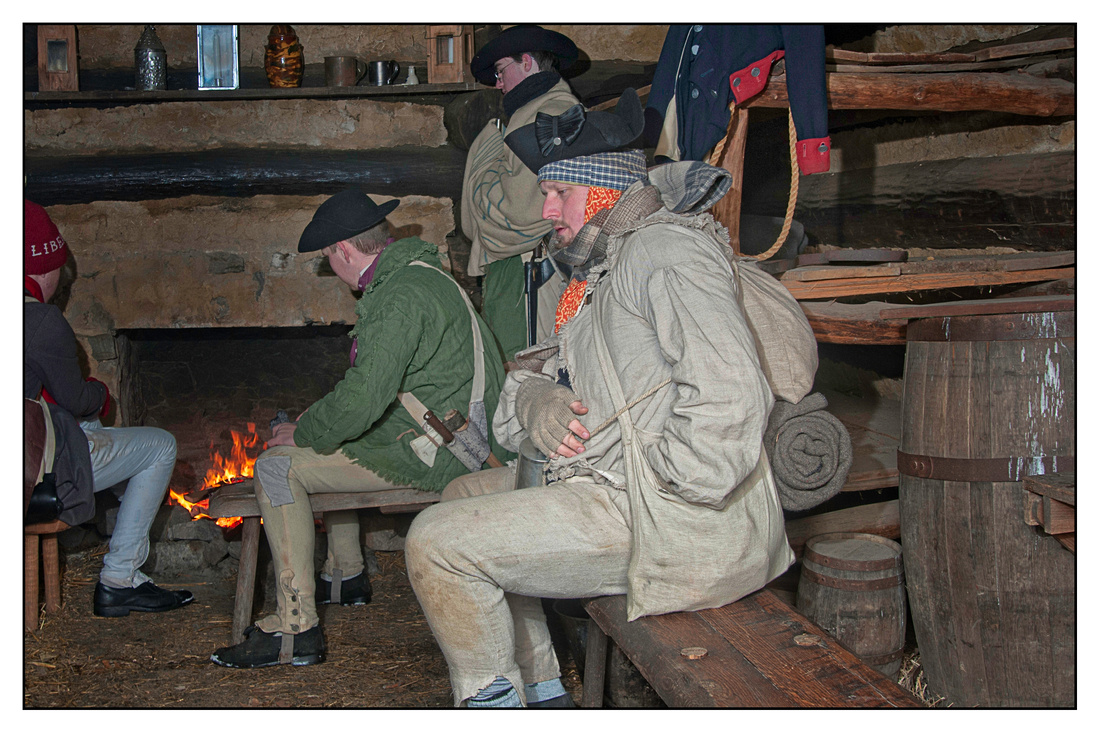 Thank you for reading. Blog # 41 will be posted in November 2021. Be safe & well and please get vaccinated!