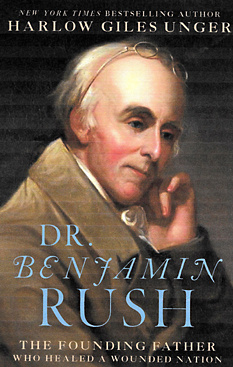 Before reading Harlow Giles Unger’s wonderful book, Dr. Benjamin Rush-The Founding Father Who Healed A Wounded Nation, I knew very little about Dr. Rush. Sure I had read that he was a signer of the Declaration of Independence and had convinced the retired John Adams & Thomas Jefferson to renew their written correspondence after many years of being bitter rivals. Rush was friends with both men. He met them when they were all members of the First Continental Congress that met in Philadelphia in 1775. 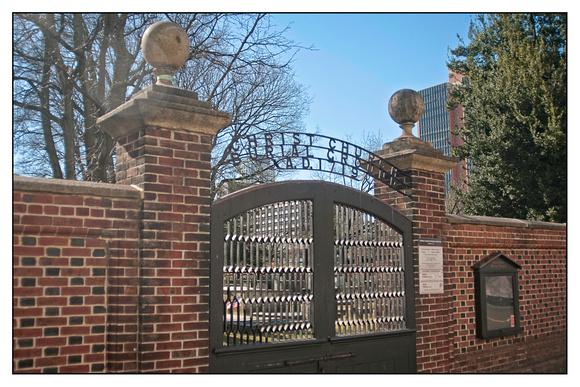 The author proceeds to describe all his many of Rush’s accomplishments and why he should be remembered today. Here are some of his many achievements

•          Doctored to the poor in the Philadelphia slums; even during the smallpox epidemics

•          Helped Meriwether Lewis prepare for the Lewis and Clark Expedition

After reading Harlow Giles Unger’s book I now knew more about Dr. Rush. Living in the Philadelphia region made it easy to view his historical landmarks.  Just in case there was another government shutdown I visited on Saturday, 2/9. The commute to the city was easy on a blustery, cold, windy, raw day. My first stop was the Christ Church Burial Ground to photograph his tomb, no luck. This cemetery, where Benjamin Franklin is also buried, is closed the months of January & February. 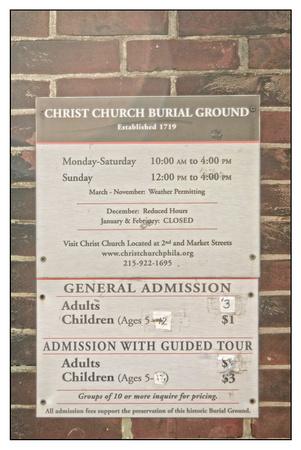 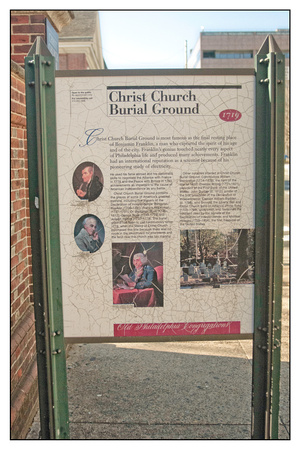 My next stop was The Portrait Gallery in the Second Bank of the United States, part of the Independence National Historical Park, located on Chestnut Street, between 4th and 5th Street. It houses the "People of Independence" exhibit. Below is his portrait. 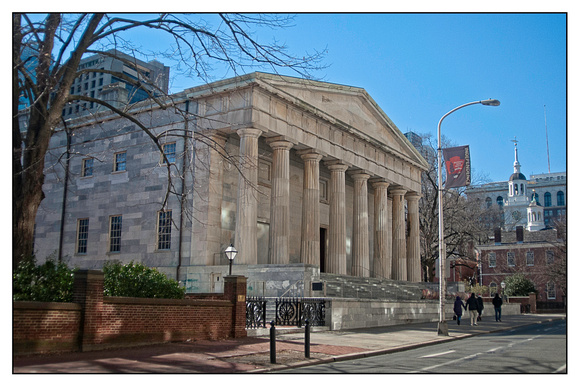 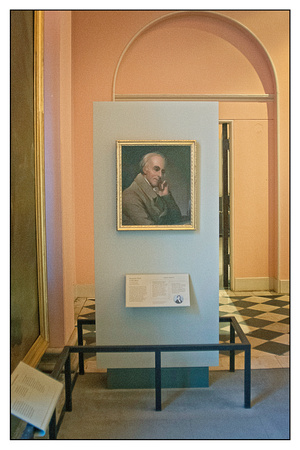 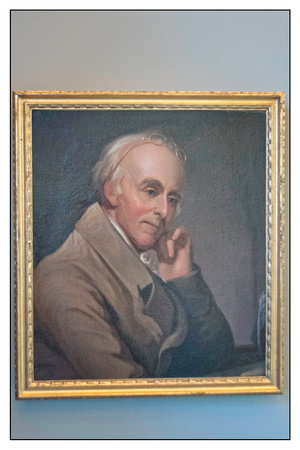 Only a few blocks away from Independence Hall on 3rd & Walnut St. is a garden called the  "Benjamin Rush Garden". This is the site where his home once stood.

Then why is Rush not remembered more favorably today? Maybe because he criticized George Washington, not once but twice, first as military commander and later as President. As Surgeon General of the Continental Army Rush was appalled with the medical treatment the soldiers were receiving early in the war. He complained often to Washington but felt nothing was being done to make conditions better.

Rush angrily wrote a letter to VA Governor Patrick Henry with his concerns. Henry forwarded the letter to Washington. At that time another plot was developing among some Continental Generals to remove Washington as Commander in Chief of the Continental Army. Even though Rush wasn’t involved in that plot many in the Continental Congress assumed he was. He had no choice but to resign.

When Washington was President Rush also criticized him for some of his executive decisions. In hindsight, probably not a good idea to question the universally revered Washington?

Rush was not without controversy though. He believed in bloodletting, to the point of being obsessive. This is a process of withdrawing blood to help heal an illness or disease. It was a common medical practice for over 2,000 years. Rush administered this procedure to all his patients, no matter the ailment. But this procedure was becoming controversial.  During the yellow fever epidemics in the 1790s, it destroyed his reputation & medical practice. President Adams helped during this difficult period by appointing him Treasurer of the Mint. Rush was able to continue in medicine for the rest of his career when in 1791 became Professor of Medical Theory and Clinical practice at the University of Pennsylvania. 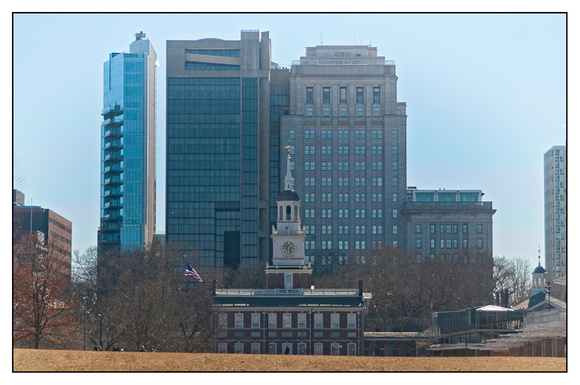