Washington D.C. became the U.S. Capital on July 16, 1790. How many other capitals has the U.S. had?  Difficult question, right? Thought of an answer? The number is 8. Okay, now can you name them?

Most of us would know Philadelphia and maybe New York City. Then it becomes difficult. Here' the list. 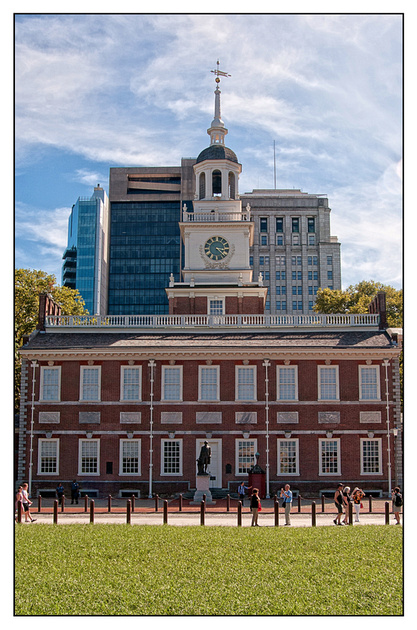 How many did you know?

During the American Revolution, I learned in my grade school history classes that the Continental Congress had to skedaddle out of Philadelphia from the advancing British Army periodically. So when & where did they go? I didn't remember?

It couldn't be too far? Right? Travel was difficult in the 18th century especially on horseback with few & terrible roads. For this blog, I decided to focus on the capitols during the American Revolution period from 1776-1783.

The Declaration of Independence was adopted on July 4, 1776, in the Pennsylvania State House, now called Independence Hall, declaring independence from Great Britain. The Continental Congress then became the new government for the 13 American colonies. 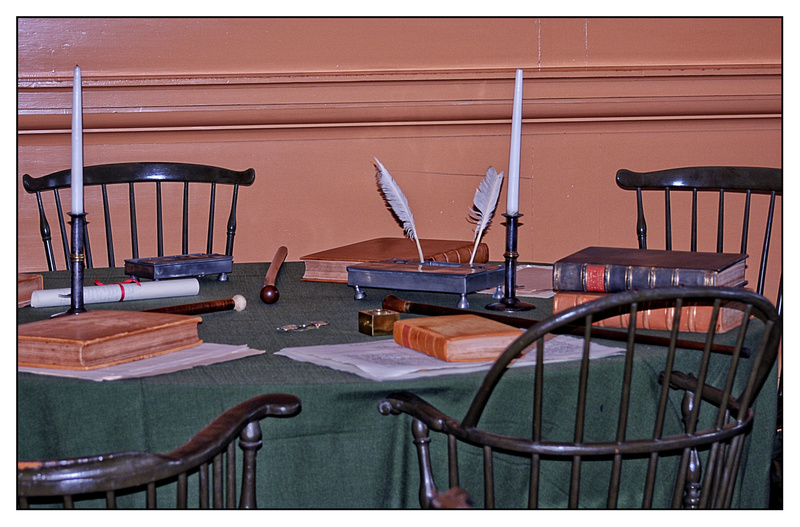 At the end of 1776, the British Army was threatening Philadelphia.  The Continental Congress members needed to flee on December 12, 1776, about 100 miles away to Baltimore, MD. The delegates chose Henry Fite's 3 story brick home/tavern, one of the largest homes in the area far enough away from possible British Navy bombardment. The delegates stayed until February 27, 1777.  Below is a sketch of the building that was destroyed by fire in 1904. 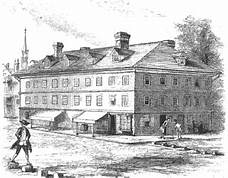 With the British threat over the Continental Congress delegates reconvened at Independence Hall on March 4, 1777. Their reprieve didn't last long. After Washington's disastrous defeat at the Battle of Brandywine once again the delegates had to flee Philadelphia on September 11, 1777. 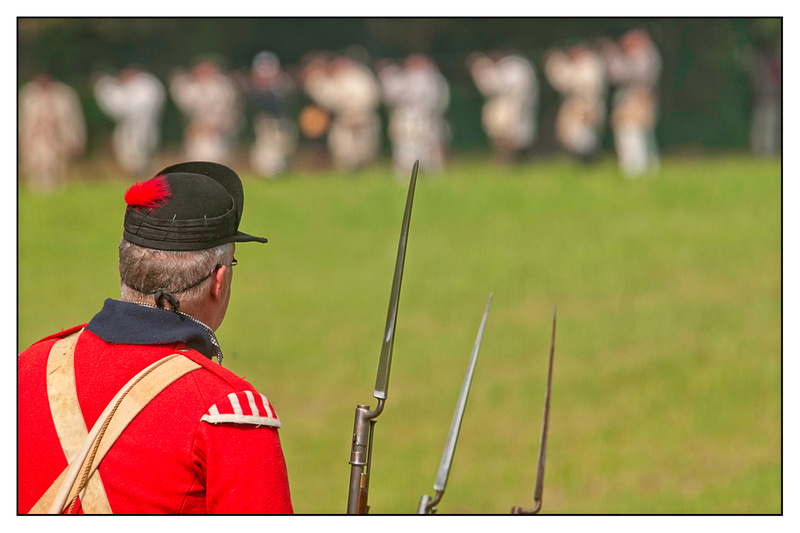 This time to Lancaster's County Courthouse in York, PA  65 miles away west on September 27, 1777 for 1 day. Yes, it was capital for only 1 day! I can only imagine how terrifying it must have been for the delegates. They were virtually fleeing for their lives. If caught, they were considered traitors and would have been hung!

Seeking a more secure location the delegates fled 25 miles west of Lancaster, PA to the York County Court House in York, PA on September 30, 1777, where they convened until  June 27, 1778. Below is a stock photo of the restored Colonial Courthouse in York, PA. 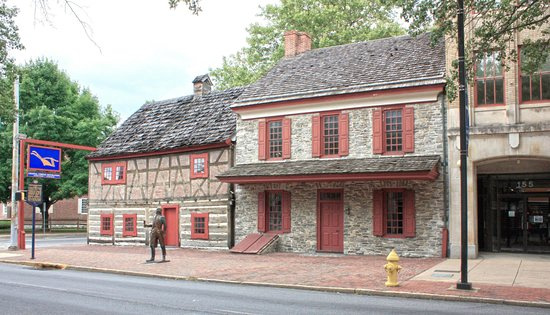 Even after the Victory at Yorktown, VA, essentially ending the American Revolution, the delegates had to flee once again. This time it wasn't the British Army invading Philadelphia but the disgruntled Continental Army demanding back pay. The delegates fled 40 miles northeast to Nassau Hall at the College of New Jersey (Princeton University) on June 30, 1783, until November 4, 1783. Isn't it amazing that the Continental Congress wasn't captured by the British Army during these years? What a remarkable story! 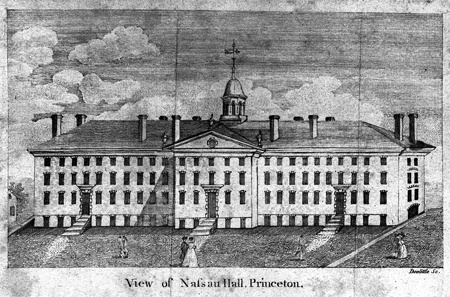