During the American Revolution, there are a few examples of women soldiers in the revolutionary army fighting against the British. For some, this happened by virtue of their circumstances; such as the legend of Molly Pitcher. She supposedly attended the cannon of her fallen husband during the Battle of Monmouth in 1778. Research shows she was a composite of 2 women Mary Ludwig Hays McCauley and Margaret Cochran Corbin. Others concealed their sex and joined the army disguised as men.

At all of American Revolution reenactment events, I’ve attended women participate mostly as camp followers (that term was not used in the 18th century). But not all. Some portray soldiers in both the Continental & British regiments. One of these women, Olga Leake, portrays  a Continental soldier in the  3rd PA Regiment. Since I know & photographed her over many years I asked her to be interviewed. 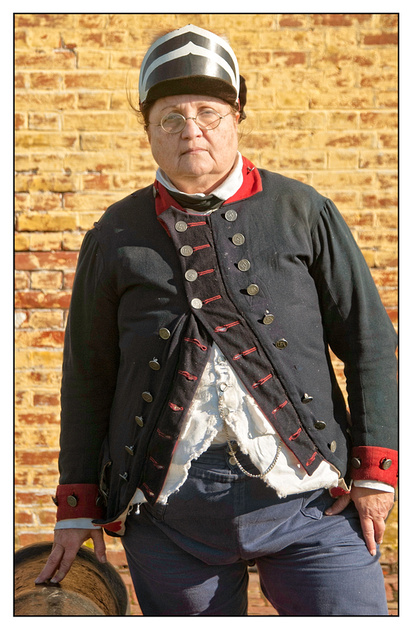 1) How long have you been reenacting?

I’ve been reenacting since 2000.  I had been teaching HS Social Studies to Special Education students and wasn’t interested in history until I had to teach it. Special Ed. Teachers in PA are trained for dealing with the needs of special learners and not in content areas. So it’s a DIY when it comes to subject areas and the Special Ed. Teacher has to be on par with a subject area teacher who went to school for that subject. When I did all the extra work to adequately cover the subject matter for my students, I realized history was pretty cool. In 2000, a student of mine reenacted Civil War with her parents and I thought that was the ultimate in history DIY. Her parents invited me to take part in an event at the Colonial PA Plantation. I was hooked from the start!

2) What interested you in being a soldier instead of a camp follower?

I actually started out as a camp follower. First in CW, where I did a lot of campfire cooking, then in Rev. War, with a few period tweaks to those CW receipts. There were many times when I was the only female in the unit and doing all the domestic chores. When I would see the men come back from a battle, I found their comradery amazing. But all I was doing was cooking and cleaning. Then I would be all by myself when they went out to battle. I love campfire cooking but talking to a Dutch oven makes for dull conversation. So I took to photography to get closer to the battle. What I saw through the camera lens made me wish I was out there instead of sitting behind the yellow caution tape. After the battle, I would beat it back to camp and the guys would return, where I would hear the guys talk about the battle, the good, the bad and the ugly. All I had to contribute was, “Dinner’s ready.” It made me want a piece of the battle experience and I wanted to feel more a part of the unit by being one of “the boys”, rather than just with “the boys”-literally to be part of the band of brothers. I enjoyed what I was doing as a camp follower, but it was isolating and I wanted to feel the buzz and “see the elephant.” 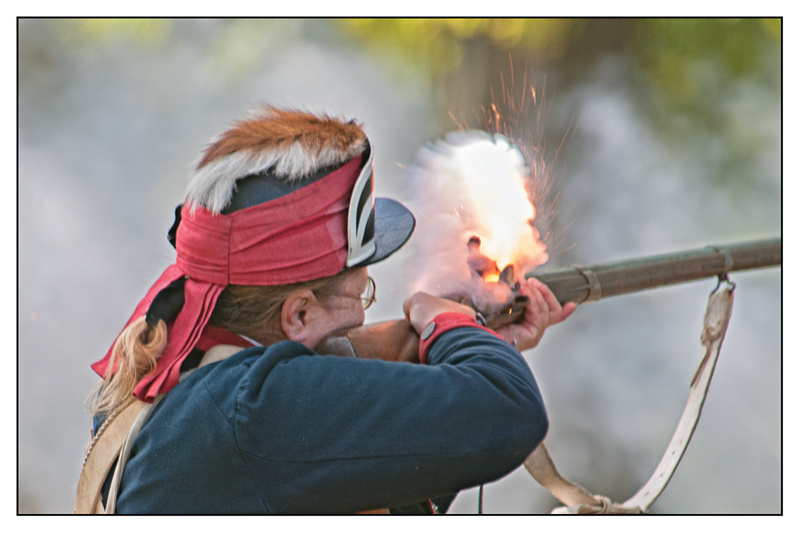 3) How did you join the 3rd PA Regiment? Did you consider other units?

It’s a bittersweet story. I had met someone while volunteering at Ft. Mifflin for Seige Weekend 2004. We had started to date in December 2004 and one of our dates was the Crossing, which was my first Rev War event. I thought I’d try Trenton and one of my friends in my CW unit was in the 3rd PA. He sponsored me for Trenton, as I didn’t want to impose on my new date. About two weeks after Trenton, my date suddenly passed away and I decided to stick with Rev War, so it didn’t feel that he was gone so quickly. His passing was bitter, but the 3rd PA was there and I was welcomed with open arms, and it became sweet. I never considered any other unit. Why try something else when you know you’ve found the best! The only thing that took me back a bit, was when I decided to soldier and did the research to find out about the Light Company. I knew I’d better start working out!

4) What was there first reaction when you expressed interest in joining?

There was the positive reaction from the 3rd PA, as they were happy that they were getting someone who was an experienced campfire cook. But my family thought differently. I went from my Mom and Pop saying, “Why you do?”, as they both were WWII vets and emigrated to US in 1951. She was a nurse attached to the Russian Army and he was a POW, held by the Germans. So read their response with a Russian accent and wave your hands around for punctuation. My brother was a Vietnam vet and he thought it was seriously cool, especially since I used to get on his case about having firearms in the house. Then when I went soldier, I became a gun owner, and eventually of more than one. 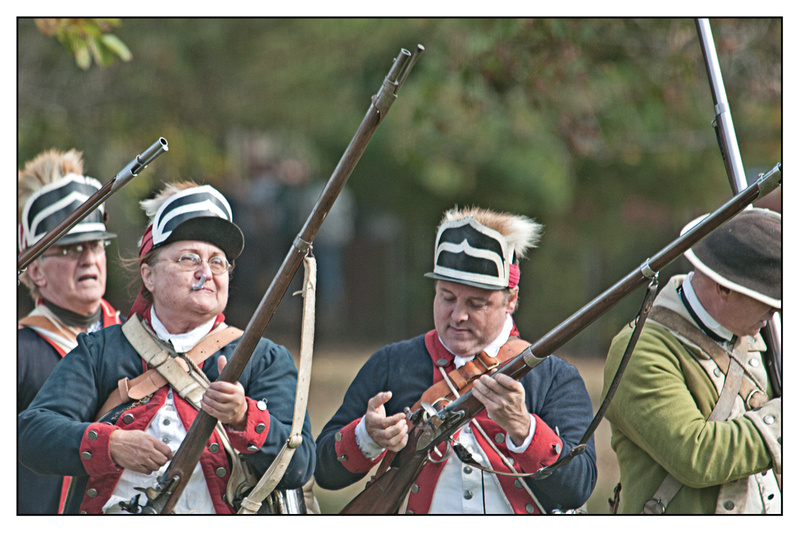 5) Some women secretly fought in the American Revolution. Did you do research on this topic that peaked your interest?

I did some light research but it was after the fact, once I had been doing soldier for a while. My research concentrated on being a (male) soldier. If I’m going to pass as a guy, I didn’t see the point in following some other female’s example. I needed to know what was expected of the (male) soldier and make it work for myself and how I would fit in the unit. The most interesting thing I found was once I dressed as a male, I started to act like one. I started to sit like a guy, use more colorful language and drink some unique beverages. Then there was the unusual itch and scratching thing. But that’s TMI. So I guess clothes really do “make the man.”

6) How many Rev War events do you attend yearly? Do you have a favorite one? Why?

I don’t count how many events I go to. I try to get out to all of them and then start deducting. When it comes to favorite events, I think every event has something that keeps me coming back. It’s more that I have favorite or memorable thing from different events. I was born and raised in Philly and currently live in Delaware County, so anything close to home is close to my heart.

7) What is your greatest enjoyment from reenacting?

Watching young people come to history and love it. I learned from books and really didn’t care about it. Until I had to teach it, it was boring. But I let my students guide me and tell me what they wanted to know. I stayed loosely within the curriculum and found that they were the real teachers. From them and their questions, I learned to love history, then become a reenactor, so I not only talk-the-talk, I walk-the-walk. 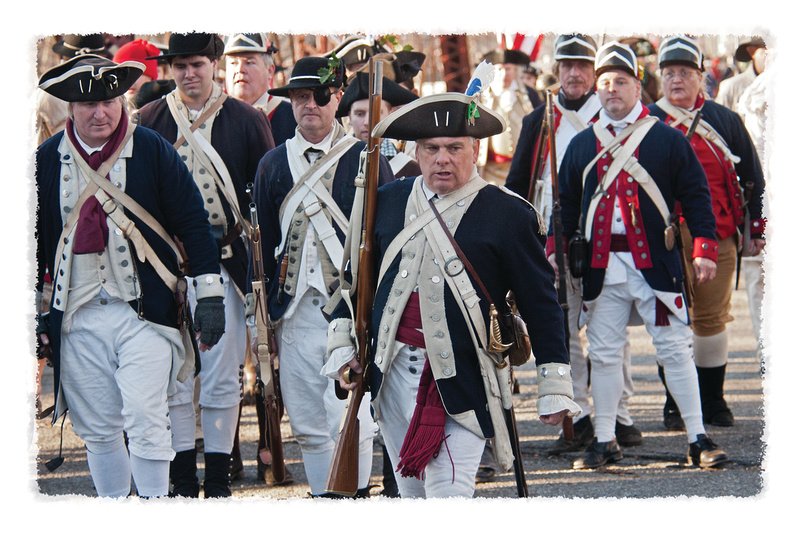 9) What’s your thoughts on the future of Rev War reenacting?

We need to make way for the future of reenacting by embracing the young people who are coming to it now. They’re already ahead of the veteran reenactors when it comes to being historically correct, by their age alone. That was the easy part. It’s up to the veteran reenactor to guide and mentor the young people who will pick up the mantle of reenacting. If that doesn’t happen, then history dies twice-once, for the reenactors, and twice, for humanity. We need the youth to carry on “the story.”

10) How do you learn more about colonial history?

I found the “hook” for my SP ED students started by the historical movies. The old productions really could be horrendously inaccurate, but that’s where you do the research and debunk, while they watch. Then visit historical sites. Once I retired from teaching, I began to work at Ft. Mifflin, where I am an educator and tour guide. I had the best experience ever in September 2018, a few years after leaving the public education arena, to have two young girls come up to me at Paoli Battlefield’s annual Heritage Day, and ask me if I worked at Ft. Mifflin. I said yes and found out that they had been in one of my Rev War Soldier Life classes at the fort. Better yet, I was dressed at Paoli, as an 1812 Marine. They also saw me at the 2018 Malvern Memorial Day parade and I was kitted up as a Federal CW Hospital Steward. So not only did they learn some history, but they also had an example of what a woman could do. I see that as a win-win. 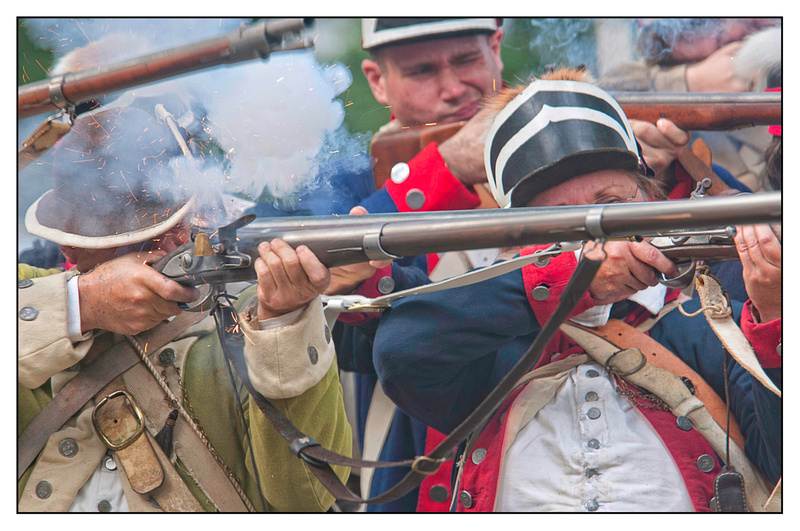 11) What books do you recommend about women during the American Revolution?

I would recommend anything that comes close to a primary source. Also, I tend to go for the author, rather than a book. Carol Berkin, Cokie Roberts, Mary Beth Norton, and Don Haigist are some of the authors that have their works on my bookshelf. It’s important too, to try to balance things by hearing the storied voices of both sides of the conflict. Remember the ladies, on both sides. Then one can understand why a woman would take up arms, as a “man.” I think maybe my inner voice has told me to soldier for the ladies who have, if they could have.

Maybe what’s my favorite Rev War receipt, but you come hang around the 3rd PA campfire any time and see what we’ve got cooking. You won’t be disappointed! 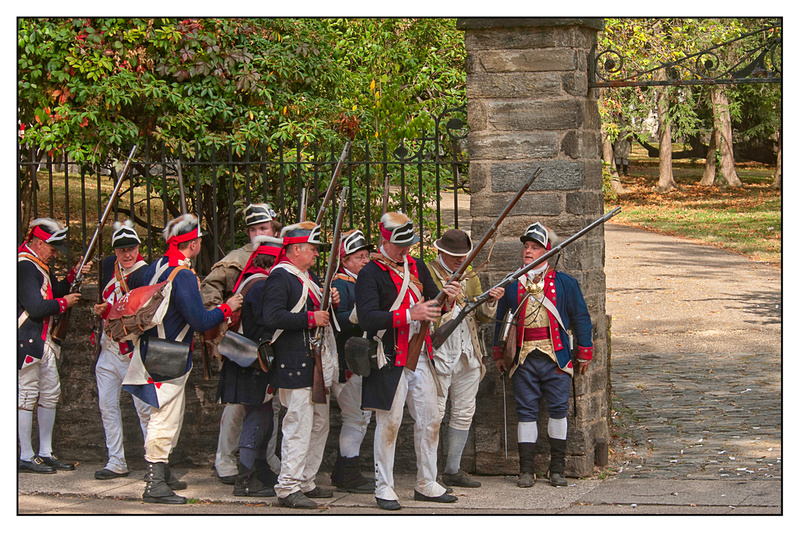