Have you heard the expression how time flies where time seems to move very or more quickly? That is how I felt a few months ago attending Mount Harmon's National Revolutionary War Reenactment & Colonial Festival. I couldn't believe it's been three years since I last visited. Why? Of course, the pandemic canceled every reenactment for almost two years. Plus, there seemed to be terrible weather one year, I believe a hurricane.

How, then, to describe Mt. Harmon MD? 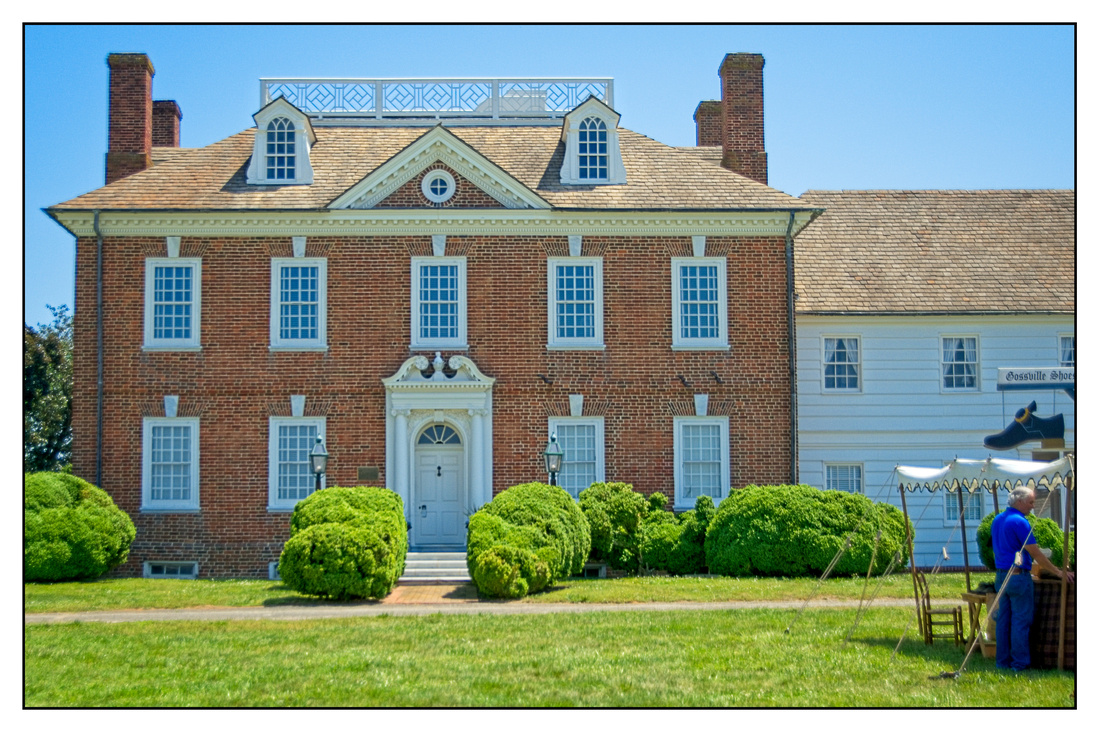 This excerpt is from their website Home - Mount Harmon Plantation

Mount Harmon Plantation originated as a land grant of 350 acres to Godfrey Harmon by Caecilius Calvert, the second Lord Baltimore, in 1651. During the seventeenth and eighteenth centuries, Mount Harmon prospered as a tobacco plantation. As you drive down the two-mile lane, through the tunnel formed by Osage orange trees, you will appreciate the isolation of those times, when transportation moved most freely by water. Three of the owners during the period had their own schooners to transport tobacco to the British Isles and return with furnishings and necessities for the house and farm.

There was no major American Revolution battle here or anywhere in MD. The closest was when General Howe landed 13,000 troops in Elkton, formally Head of Elk, during the Philadelphia campaign in 1777.

It took me a little over an hour to get there. It was on a very, very hot Sunday. Some activities were canceled due to the extreme heat.  What's great about a reenactment is that you never know what to expect.

At this event were Spanish reenactors. I never saw that before. In this photo, they were praying before the reenactment battle. 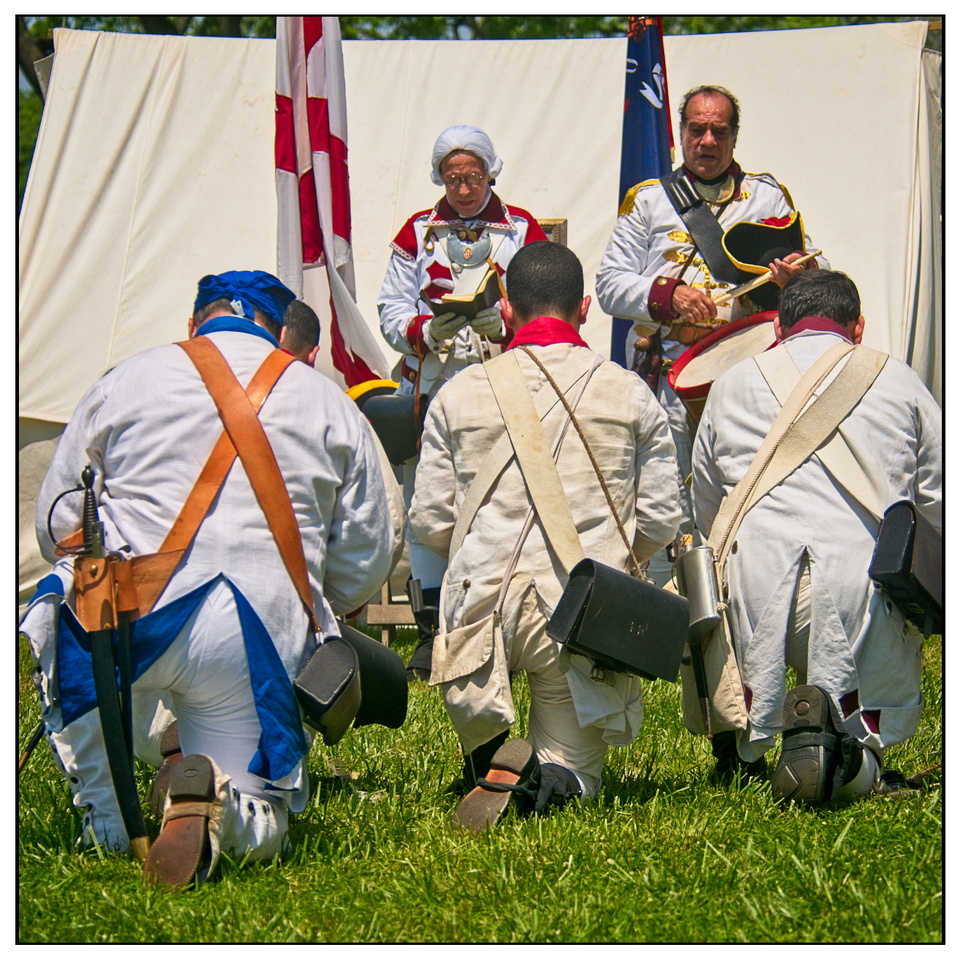 Attending reenactment events on Sunday is always fun. A Christian religious service, most times, will be held. I always try to participate. 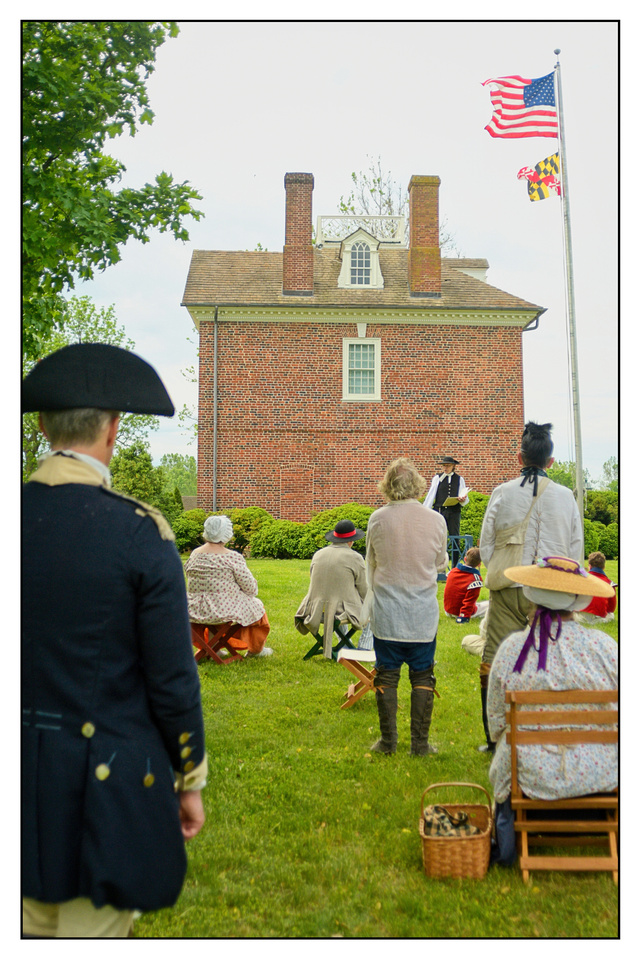 Having special events for spectators happens often. One of the most popular events is the children's drill with wooden muskets. They pretend their 18th-century soldiers, and the highlight is when they charge with a loud scream. Fun. 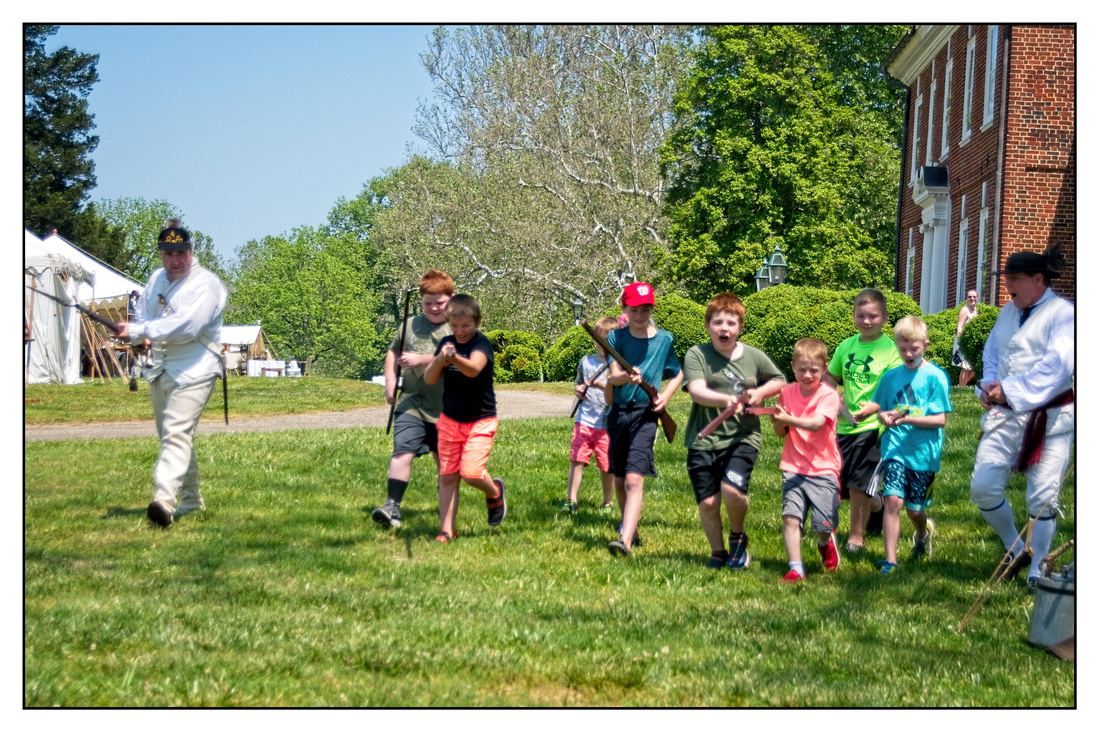 When you visit Mt Harmon, you notice Brick Georgian Manor House circa 1730, surrounded by 200 acres of open space. This vastness is evident during the reenactment because when the reenactors are scattered far from the mansion, I can't get good photos even with my long lens. Pictures like this show the scope of this reenactment. Here is the link to the photo gallery. 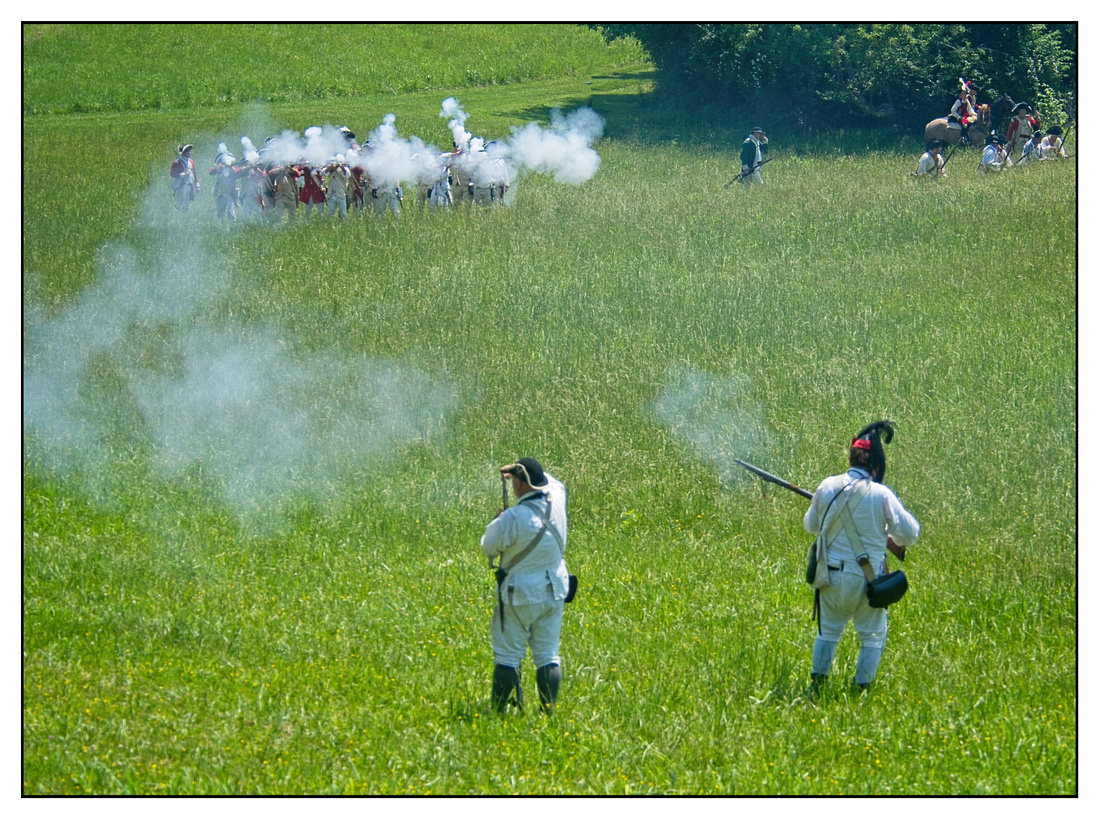