In last month's blog, I reviewed Mt Vernon's Revolutionary War weekend reenactment and camp life. Always a fun event! In this month's blog, I'll discuss some of the extensive (around 500 acres today) mansion grounds. I didn't tour the house this time because of the large crowd and day's activities. 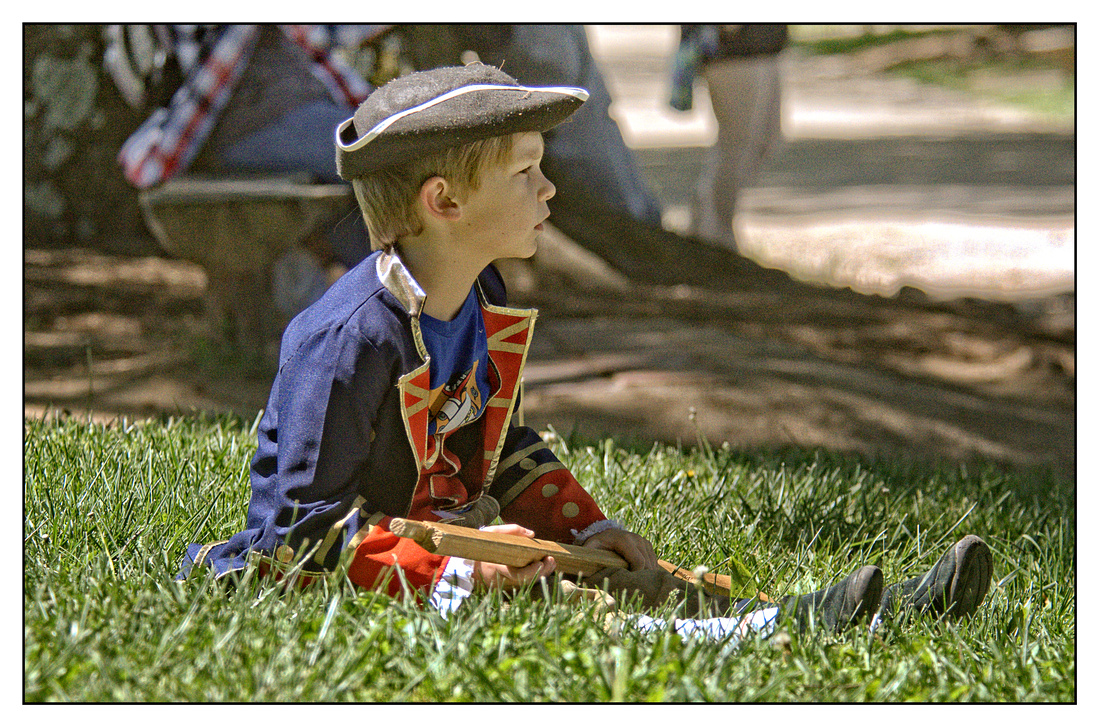 Below is a photo from the back of the mansion. Do you notice the size of visitors in this photo compared to the immense size of Washington's home? It provides a good perspective on how big it is. 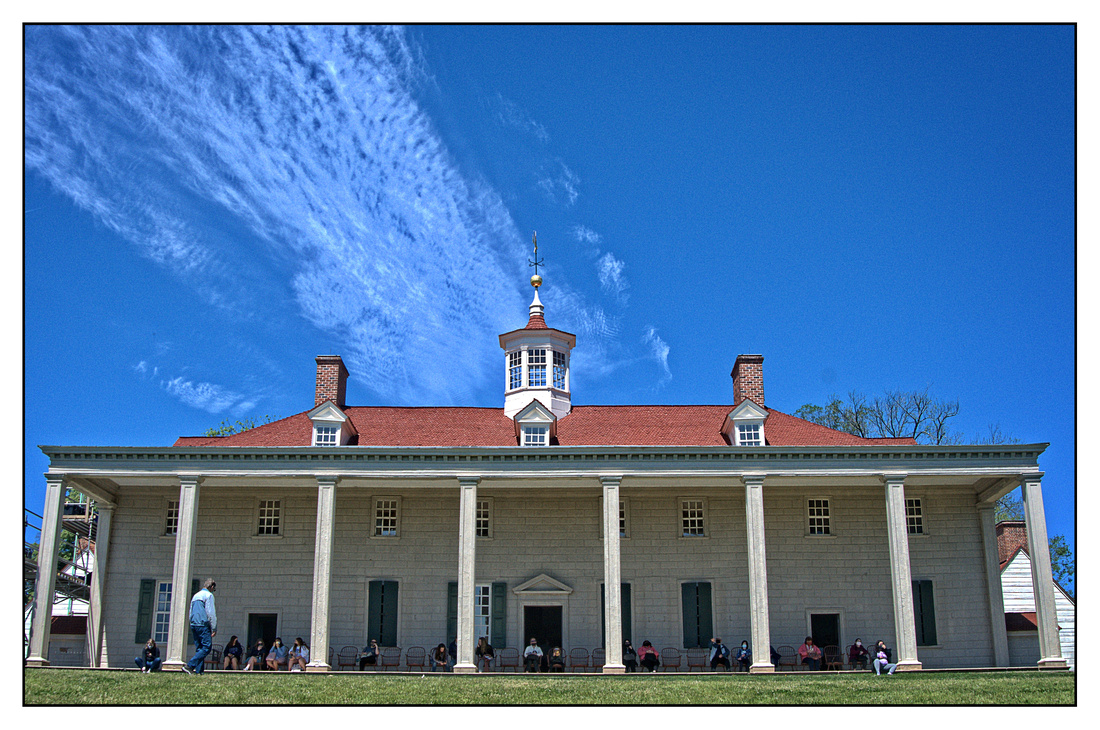 Here is a photo of the Potomac River that I took from sitting in a porch chair. Can you imagine having this view every morning? 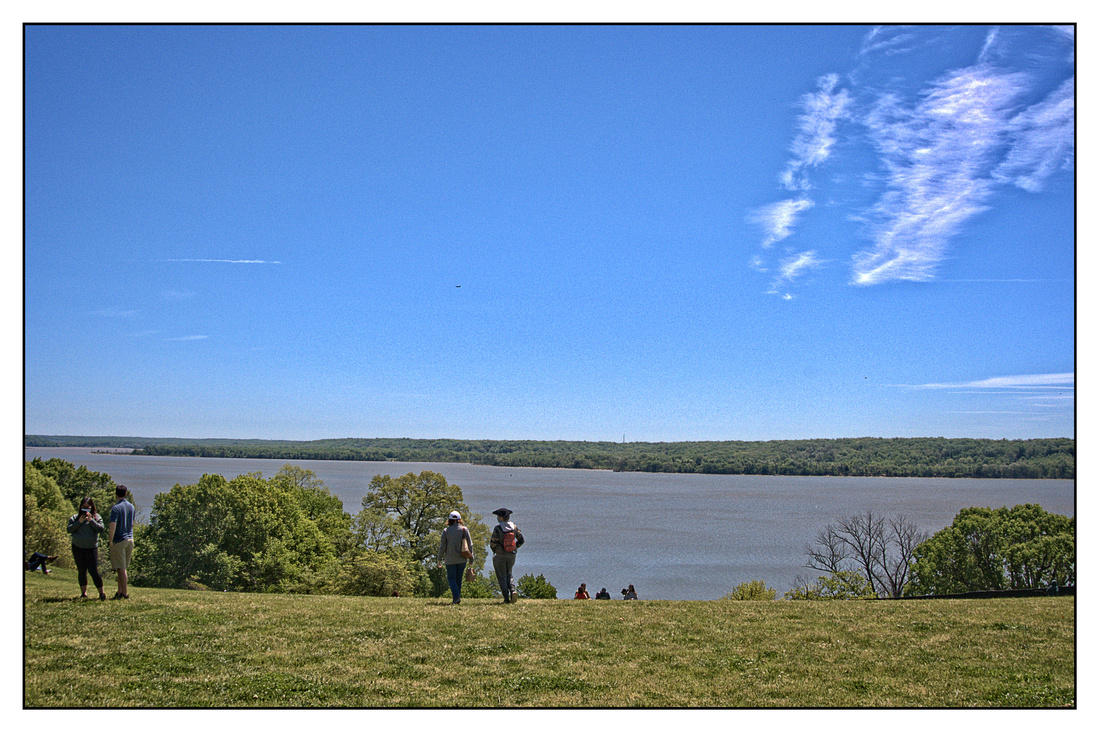 From this photo of the columns on the northern side of the mansion to the kitchen, I learned a new word, colonnade. I had asked myself, what were the columns called? It means "a series of columns set at regular intervals and usually supporting the base of a roof structure." Architecturally this plantation is magnificent. 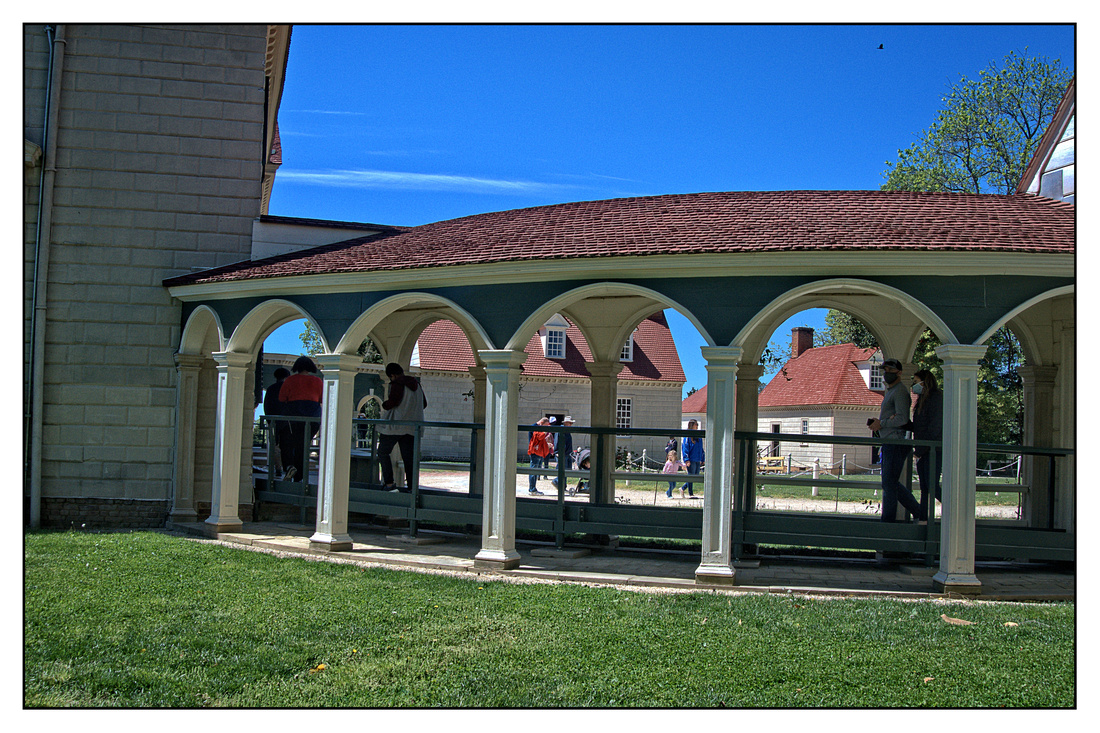 In the early afternoon, I took the bus shuttle to the wharf. First saw crops in the fields, sheep grazing, and this 16-sided barn, Washington's design. He created this new concept for more efficient grain processing and storage. Across from the barn is a replica slave cabin. We mustn't ever forget that this plantation was built and sustained on slave labor!! 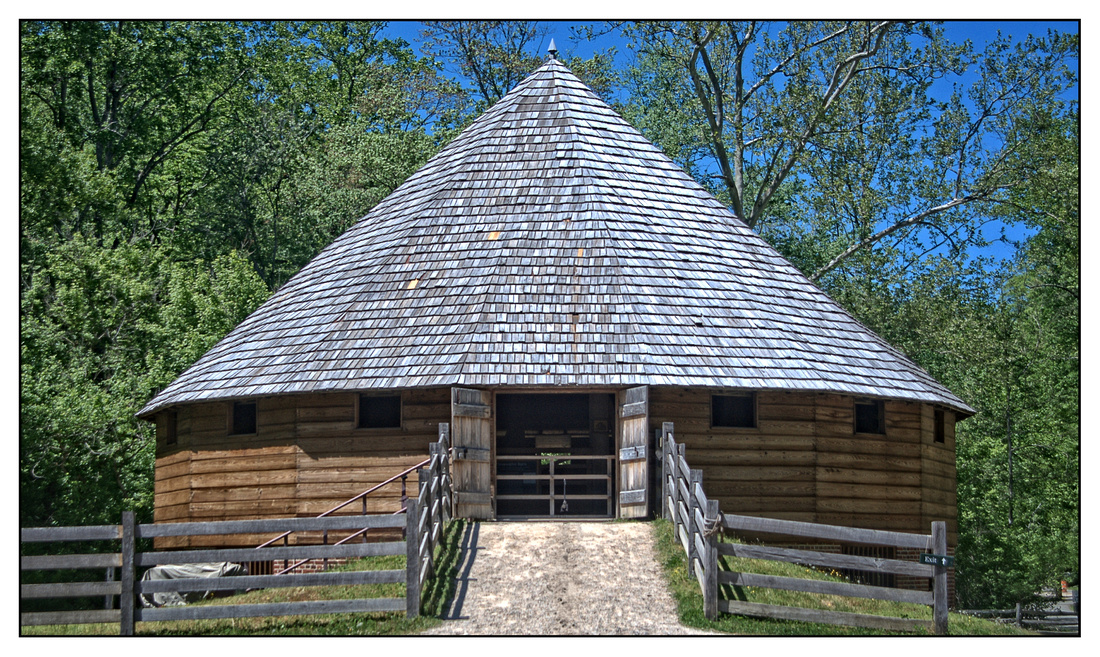 All of the founding fathers from southern states had and depended on slave labor, including Washington. Did you know that later abolitionist Benjamin Franklin had household slaves around the 1740s? The repercussions of not resolving this evil in the 1770s still resonate today? At least now it's being discussed and addressed at historical sites like here. 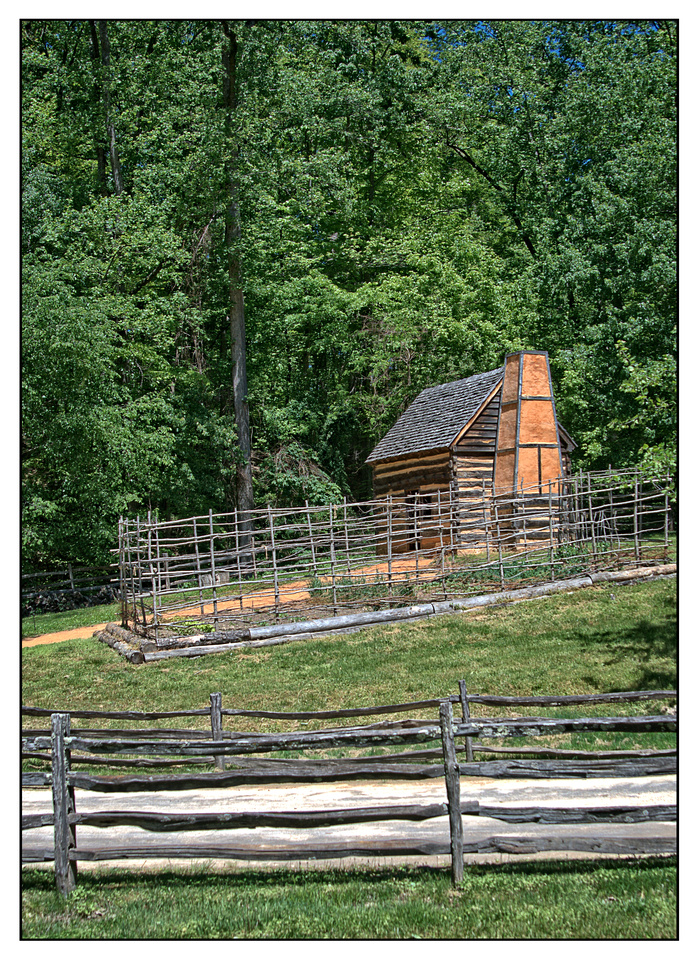 The greatest failure in our nation's founding was not resolving the slavery issue. The southern representatives during the 2nd Continental Congress meeting in 1775 wouldn't follow Thomas Jefferson's words in the Declaration of Independence that all men are created equal. Simply it was all based on economics. All of the founders knew this issue would haunt this country until resolved. And it has to this day!!

The many gardens at Mt Vernon is a must-see. This one is adjacent to the mansion. 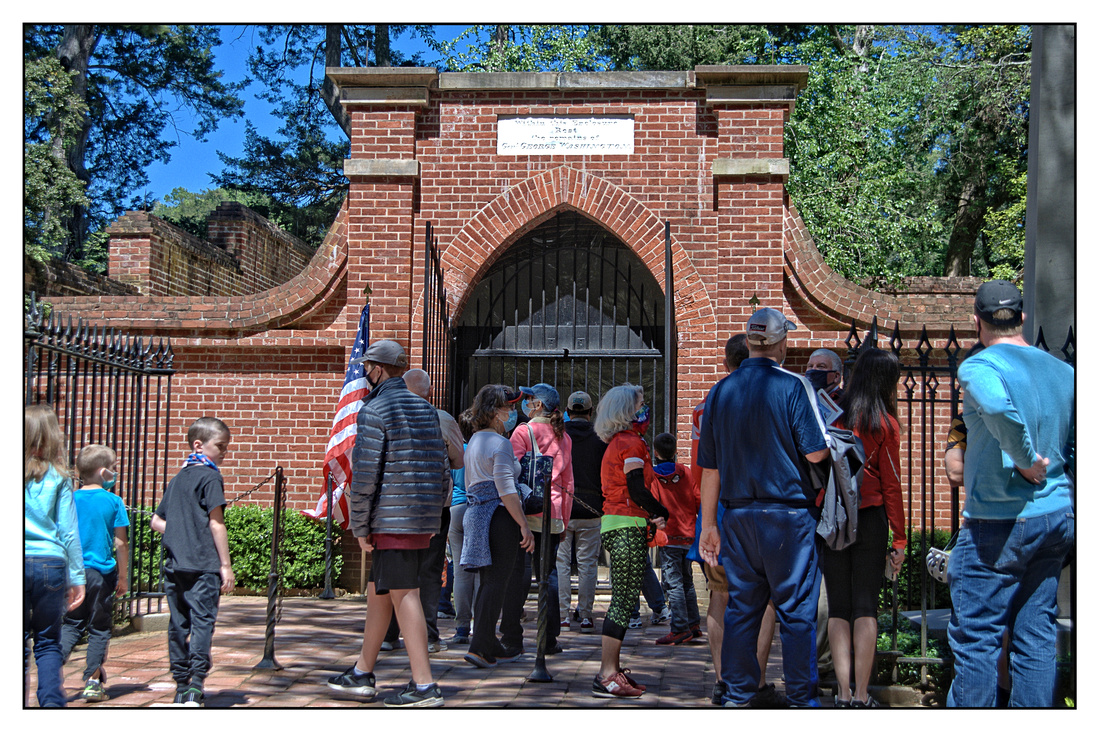 Near the end of my day, I visited Washington's tomb. Yes, he and Martha & plus 23 other family members, are buried here. All the visitors I noticed showed respect and decorum around the tomb area.CLICK HERE TO VIEW THE COMPLETE PHOTO GALLERY!

Can't wait to visit again. Did you know that Mt Vernon is open 365 days?