The Battle of Germantown Reenactment

Ever heard of The Cliveden House in Germantown, PA? It was built between 1763 to 1767 as the summer home for Benjamin Chew and his family. It played a pivotal role in the outcome of the Battle of Germantown on October 4, 1777. 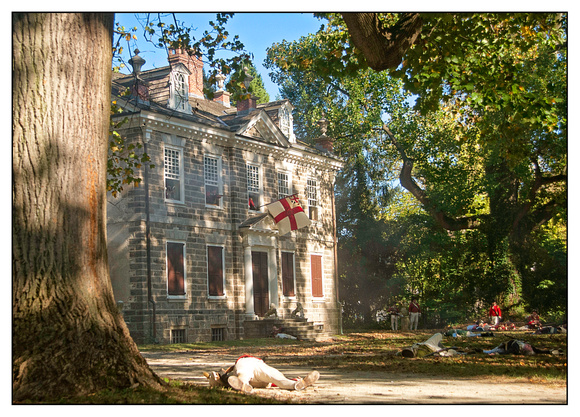 Washington was desperate for a battle victory after the catastrophic defeats at the Battle of Brandywine, Paoli & the British capturing Philadelphia in September 1777. He was hoping, with his larger army, to strike Howe and smaller force at his Germantown headquarters.

The battle started well for Washington but eventually, everything went wrong. His battle plan was too complicated, plus darkness and a heavy fog caused a considerable amount of troop confusion. And that house!

About 120 soldiers of the British 40th Regiment of Foot barracked & fortified themselves in the stone house. It could have been bypassed. But, General Henry Knox was reluctant to have British troops in the house as his troops advanced. So the Continentals charged and charged again at the defenders. About 70 Americans attackers were killed; they never captured the house! 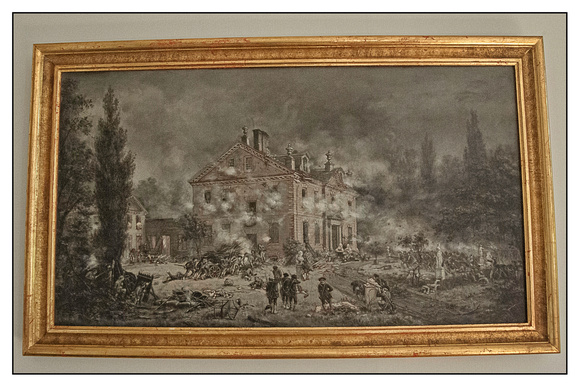 Painting of the Chew House in the battle.

That original house is still standing. Amazing! You can see the bullet holes and indentions left by American cannonballs near the front door of the home. This event is one of the most unique American Revolution reenactment I attend.

It's held the first Saturday in October, commemorating the actual battle on October 4, 1777. I've attended this event since 2008. This year I arrived around 8:30 am when vendors & staff were setting up. It was a beautiful fall being sunny & seasonably mild. I immediately found Don Mehaldo-sutler who I interviewed for the August 2019 blog to say hello. Then I found my photography friends and walked the grounds. 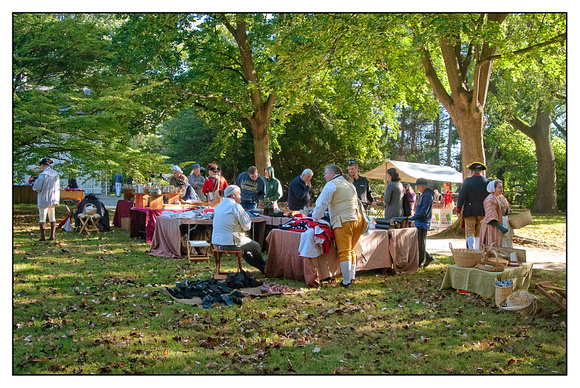 This event is a festival. The streets surrounding the house are closed. 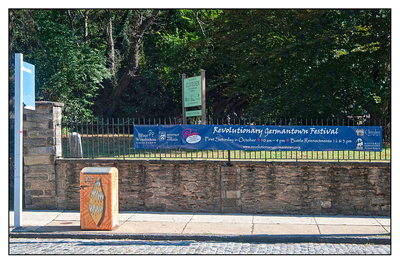 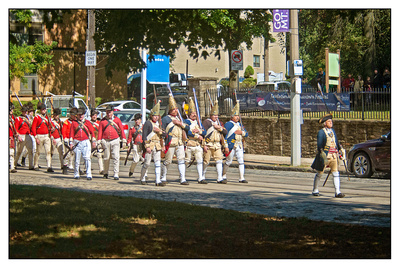 Besides the 2 reenactments, there are historical lectures, children's activities, food vendors, house tours, sutlers (merchants), and even a beer garden. Something for everyone. 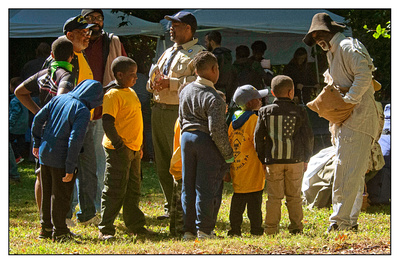 Because of the large crowd size, I have to change my focus spot for the morning and afternoon reenactments. At the first battle I chose to be outside the main gate to the house. This is where the fighting in the street starts. Eventually the British retreat and the Continental troops advance through the gate & retreat to inside the house. After all the reenactors are all inside the gate, then the spectators can enter and find an open spot in the allowed area. By this time it's hard to find a good photography vantage point. 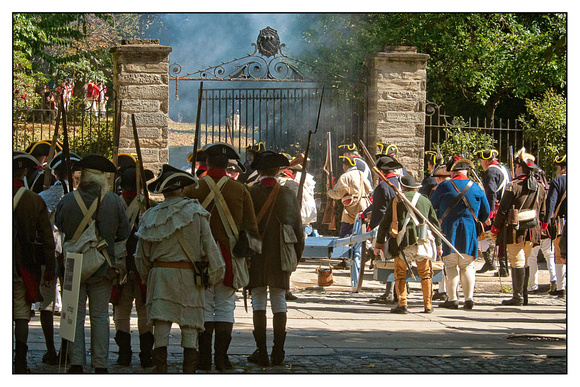 For the 2nd battle I sit in the area reserved for media. It's close to the house where I get great photos of the Continental troops attacking the house. Always get excellent photos from this spot.

Always a fun day! This is a must-see reenactment event! 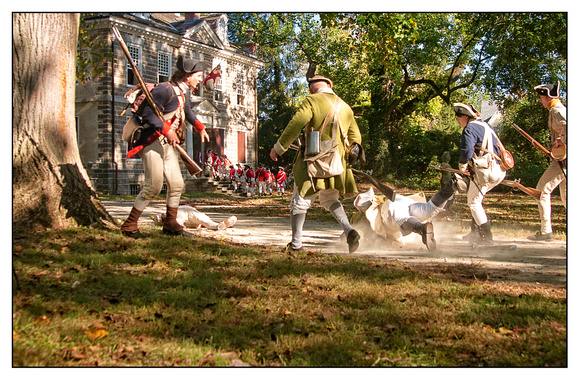 FUN FACT: Lieutenant John Marshall of the Virginia Line, the future Chief Justice of the United States, who was wounded during the attack.