I haven't attended the Battle of Newtown reenactment in Elmira, NY since 2010. Hard to believe it's been that long! One reason is that the event hasn't been held in years. So I was excited to attend again the weekend of August 24 & 25. My photo galleries from my 2 previous Newtown events in 2010 and 2009 have accumulated the second & fourth most number of web site visitors on my site American RevolutionPhotos.com! 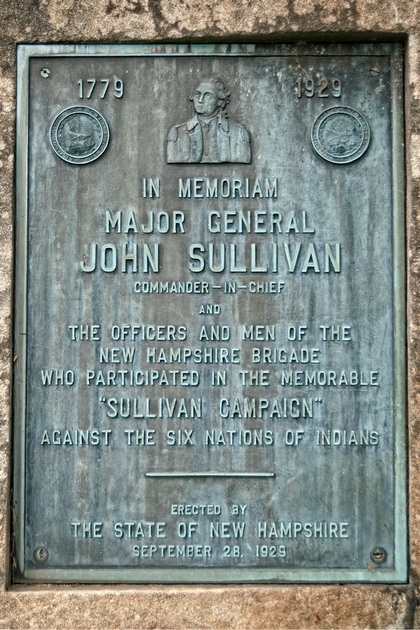 This event is to commemorate General John Sullivan's major battle victory over British Loyalists/Six Nations tribes, as part of the Sullivan Expedition, in August 1779. This campaign was ordered by George Washington to destroy towns & crops of the Six Nations that were terrorizing settlers in upstate New York & western Pennsylvania regions. 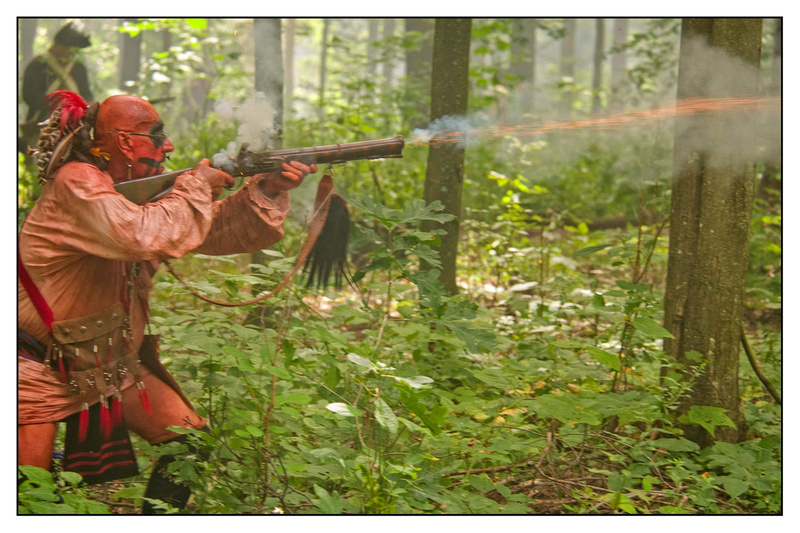 My GPS stated it would take 3 1/2 hours to drive from Media, PA to Newtown. I left early, around 6:45 am., selecting the major highways to save time. Unfortunately, this was the wrong choice! Highway 81 was closed about 25 miles from Binghamton, NY. A tractor-trailer flipped over causing everyone to exit in a small rural town that became overwhelmed with traffic. I arrived in Newtown almost 2 hours late, after 12 pm.

For the afternoon I visited the American/British and Indian camps. Late in the day was a reenactment in the woods close to the Indian village. But it was difficult to get many good photos with the reenactors skirmishing in the thick woods.

Around 4:00 pm I was tired; it had been a long day. I had researched what restaurant in the area to eat and chose one off the beaten path, the Maple Lawn Dairy Restaurant. It was a pleasant meal and the waitress provided me with directions to my hotel. I now try to eat at local restaurants on my photo trips. When I arrived at the hotel I crashed.

I was up early on Sunday morning. Had breakfast and arrived at Newtown around 8:30 am. When I first arrived the fog covered the area.

After taking the photo above I noticed 2 reenactors near the Newtown Battlefield Monument. Knew it would make a good photograph. 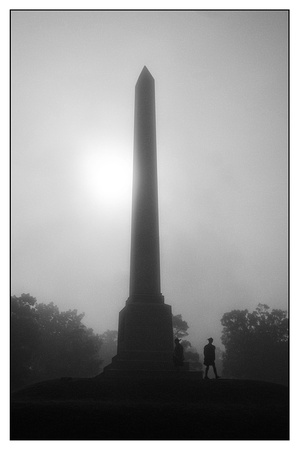 Early in the morning was the church service.  For Sunday reenactment events I'll try to attend. It's good for the soul. 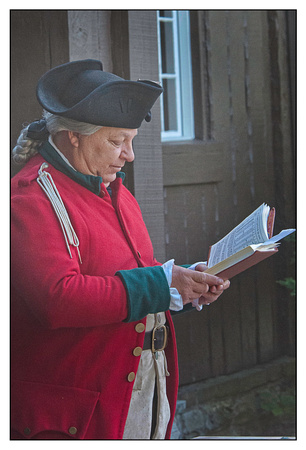 Later in the morning was a new British soldier induction ceremony. Best wishes! 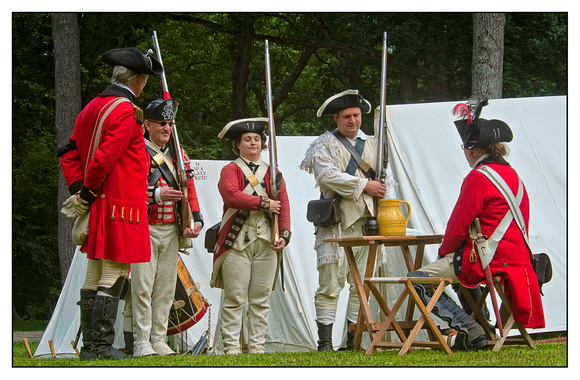 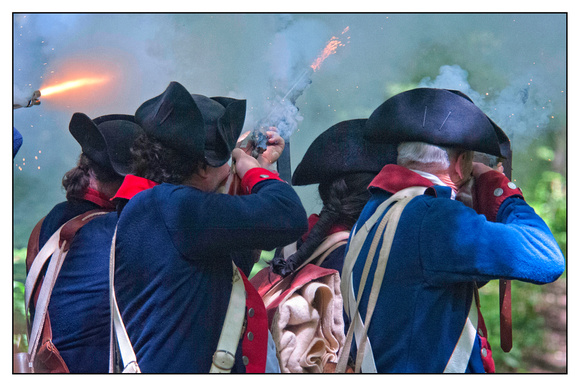 Late in the day was the reenactment battle. It was fun because the action was nonstop; on both sides of the road. 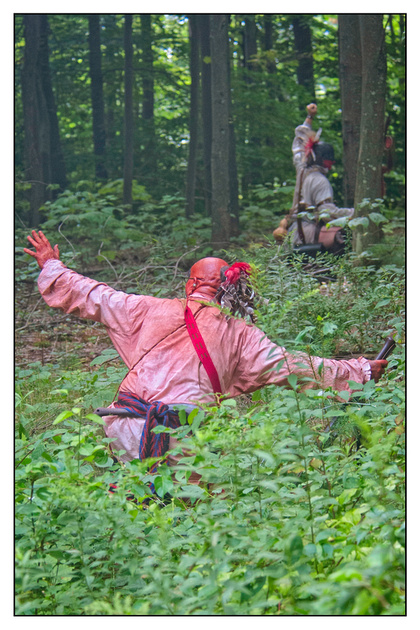 Need to be careful in the woods! 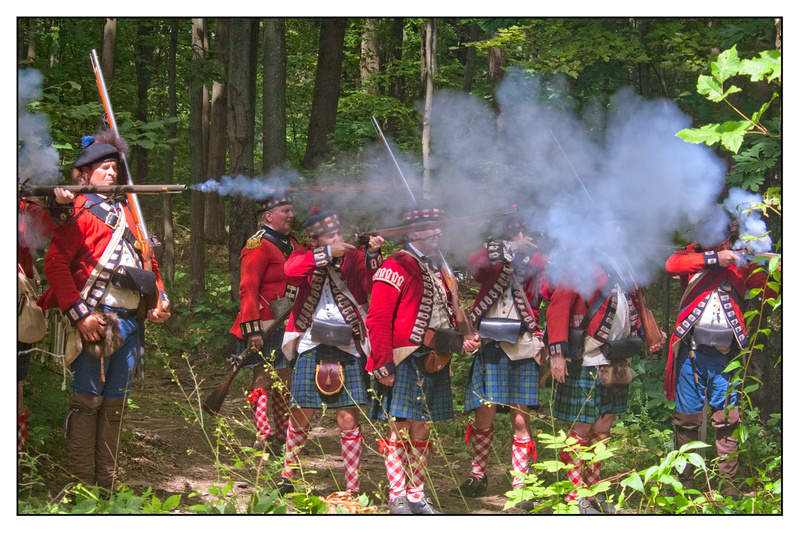