The image below, the entrance gate at Governor's Palace, is not a photo that would make you automatically think of Colonial Williamsburg .  The front gate has two light brick columns with a stone unicorn on the left side and a lion on the right. Above the painted gate entrance is an ironworks design with a crown at the top. On either side of the main gate is a connecting high brick wall.

To make this photo unique, I didn't focus on capturing the entire main gate. Instead, it's cropped tightly on the lion statue making the steeple out-of-focus. Would you agree, a more dynamic photo? The blue sky helps make the photo glow adding incredible detail to the stone lion. I did try to learn more about the palace gate by searching online and reviewing the books I had about Colonial Williamsburg. No luck. So I contacted a reference librarian at the John D. Rockefeller Jr. Library Colonial Williamsburg Foundation who, graciously sent me this information.

“Colonial records show that “handsome gates” to the forecourt were specified for the new residence in 1710. The design of the present wrought-iron gates was based on excavated fragments and eighteenth-century English examples. The Portland stone lion and unicorn atop the gate piers were sculpted in London by William Aumonier. Similar figures at Hampton Court Palace inspired their general character.” 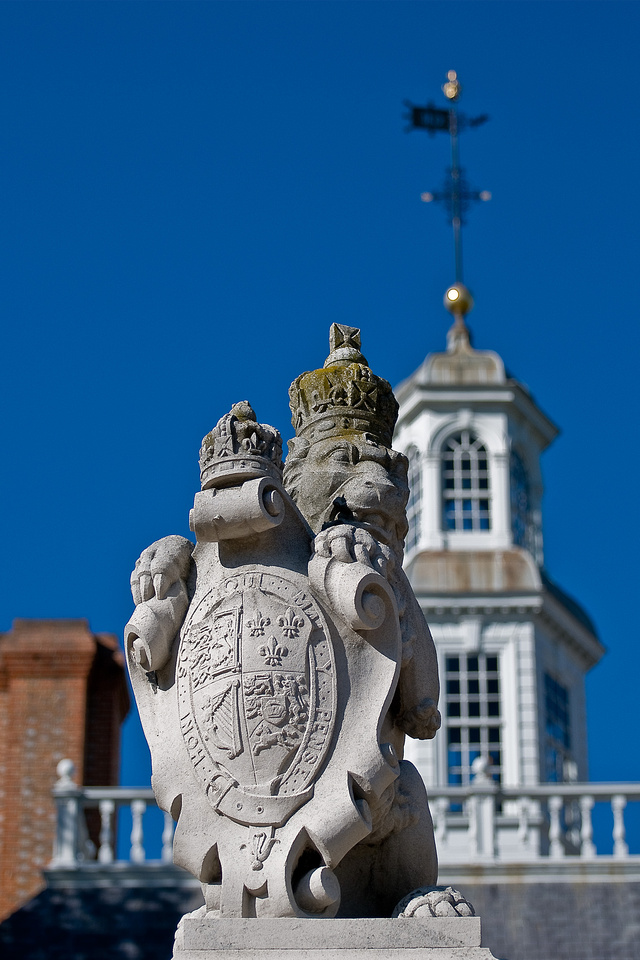 This photo is different because it was taken with 35mm film. Remember those times? I'm not sure even what year I took this photo? Probably in the 1980s? I saw it when reviewing my numerous film storage pages. It's of the Chowning's Tavern and photographed at sunrise. About 10 years ago, I scanned the film to digital and made digital darkroom changes in On1 Photo Editing Software. 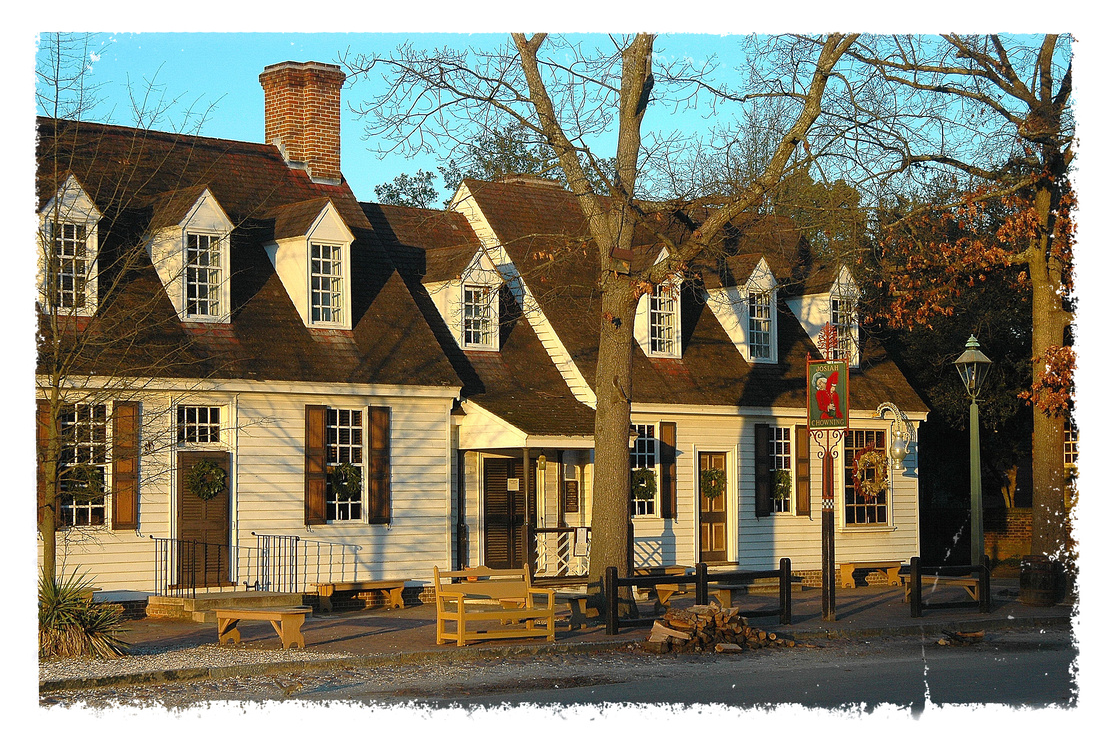 You never know who you might meet when visiting Colonial Williamsburg? In my 3rd blog, I described meeting  historical interpreter Mark Schneider.

Another unique event that I hope occurs again soon is Prelude to Victory. This event celebrates the anniversary of George Washington & the French General  Jean-Baptiste Donatien de Vimeur, comte de Rochambeau anniversary when their armies stopped in Williamsburg before proceeding to Yorktown, the last major battle of the war.  I had the opportunity to speak with Marquis de Lafayette portrayed by historical interpreter Mark Schneider. Of course, he was in character. He has also interpreted "Bloody Ban" Banastre Tarleton. 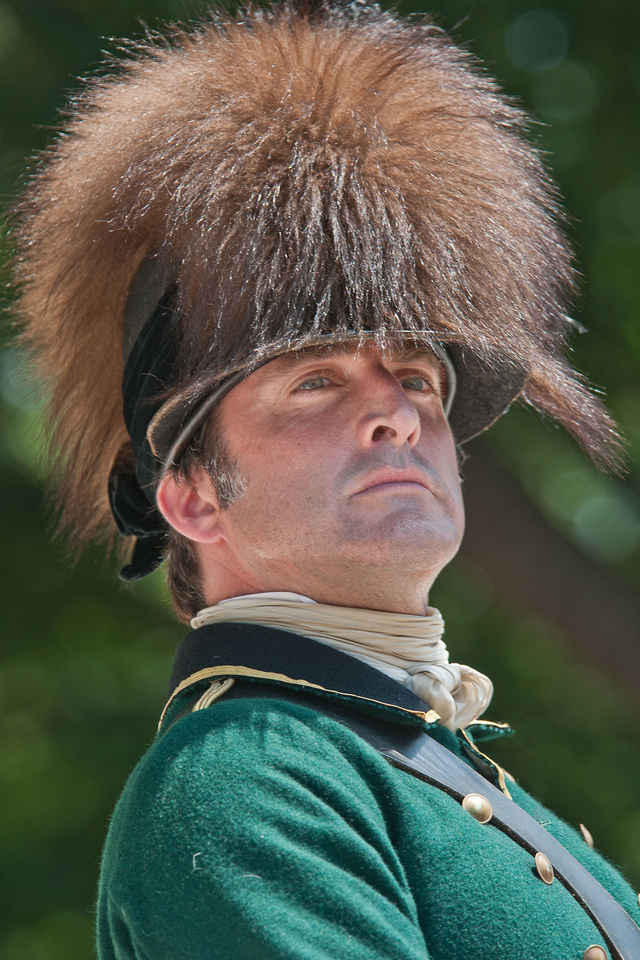 We have corresponded a few times since we first met. I learned he's from Long Island, like myself. The photo above is him portraying ruthless "Bloody Ban" Banastre Tarleton during Under the Redcoat in 2011. This photo is of him mounted on his horse at the Capitol. I can feel the arrogance in his portrayal of the real Tarleton. I sent Mark this photo, and he enjoyed it. 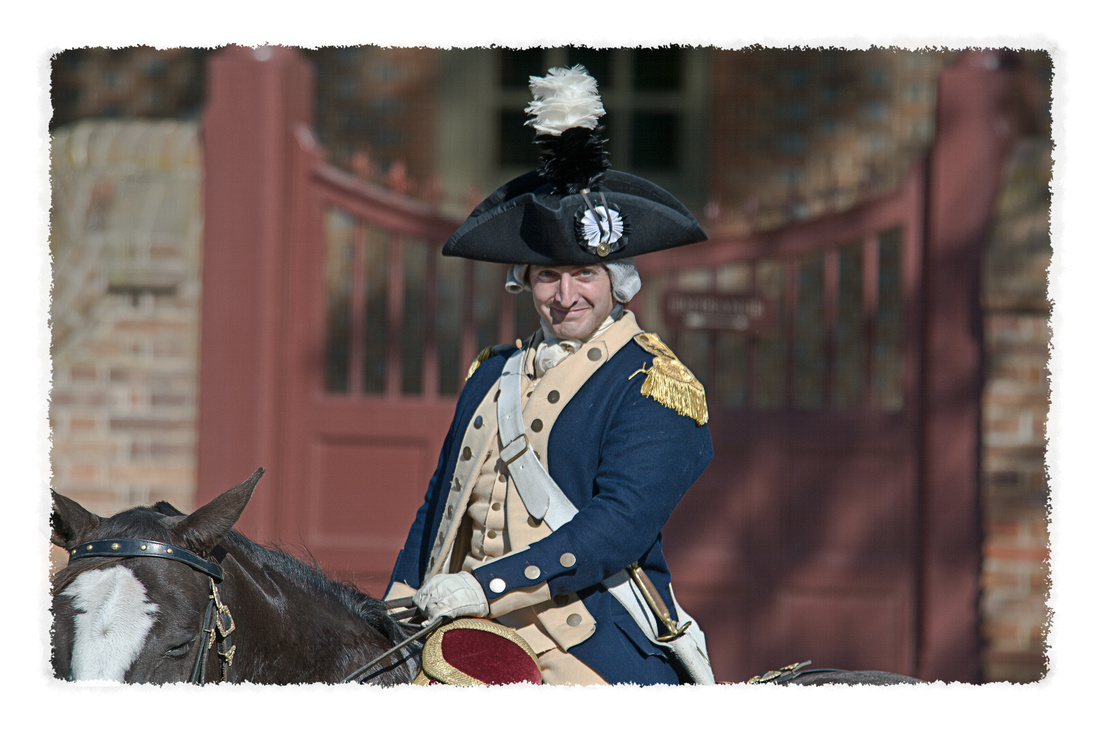 The photo above has a different feel. It shows the boyish charm and appeal of the Marquis de Lafayette. Here is Mark's short bio from an article he wrote on Lafayette.

Mark Schneider has worked for the Colonial Williamsburg Foundation for 23 years and has performed in a variety of roles from Historic Tradesman, Military programs, Actor interpreter, Theatrical interpreter, Coach & Livestock and now as a Nation Builder where he has been performing as the Marquis de Lafayette for 20 years. Mark’s passions are history and horses and he is able to bring them both to life at Colonial Williamsburg.

My favorite Colonial Williamsburg photo is also in my top 10 list that I reviewed in blog # 23. Let me show you how I created it before you see it. At my last visit to Colonial Williamsburg, I wanted to find the house with a ladder on its side. I remembered it was near the Capitol. Here it is. How would you compose a photo from this scene? 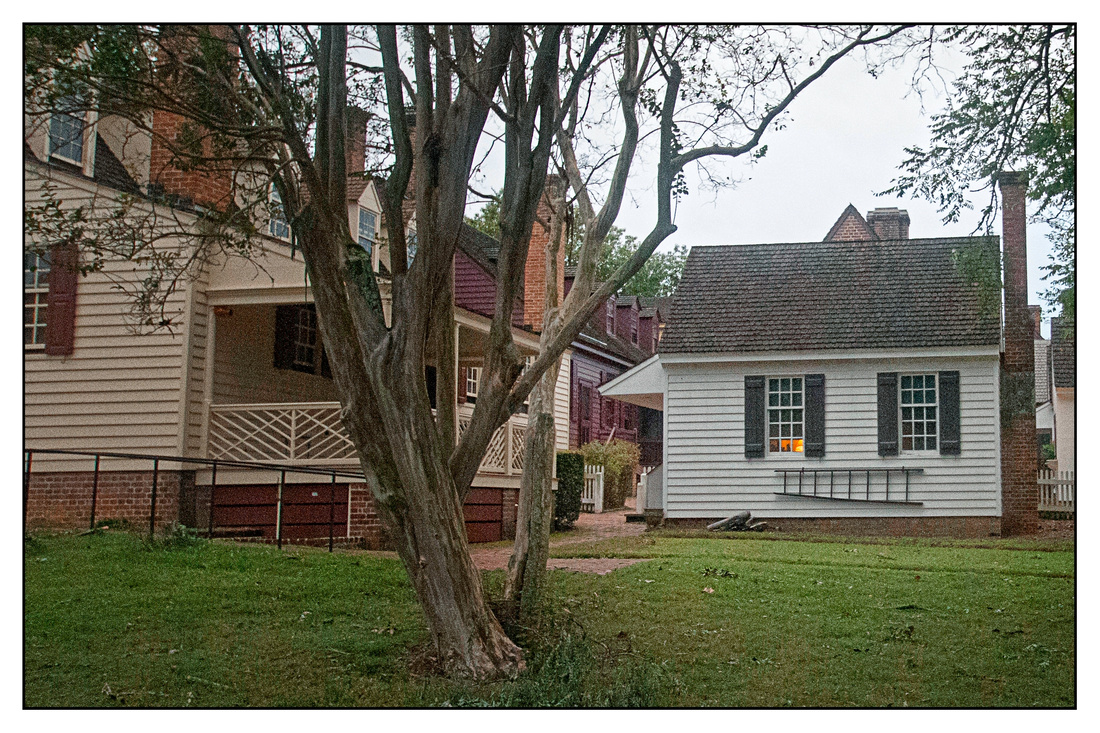 Yes, the best photo would be the side building with the ladder. That's what I did. Here it is with a new perspective. In blog # 3, I reviewed how I created this photo.

It was early in the morning when I was walking around the streets near the Capitol. Behind a house was a storage building with a ladder hooked on it's side. Looking closer, I imagined the windows as eyes and the ladder a mouth. What an excellent photo this would be! Later in post-production, I cropped it to appear like a face. This photo still makes me smile! Does it for you? 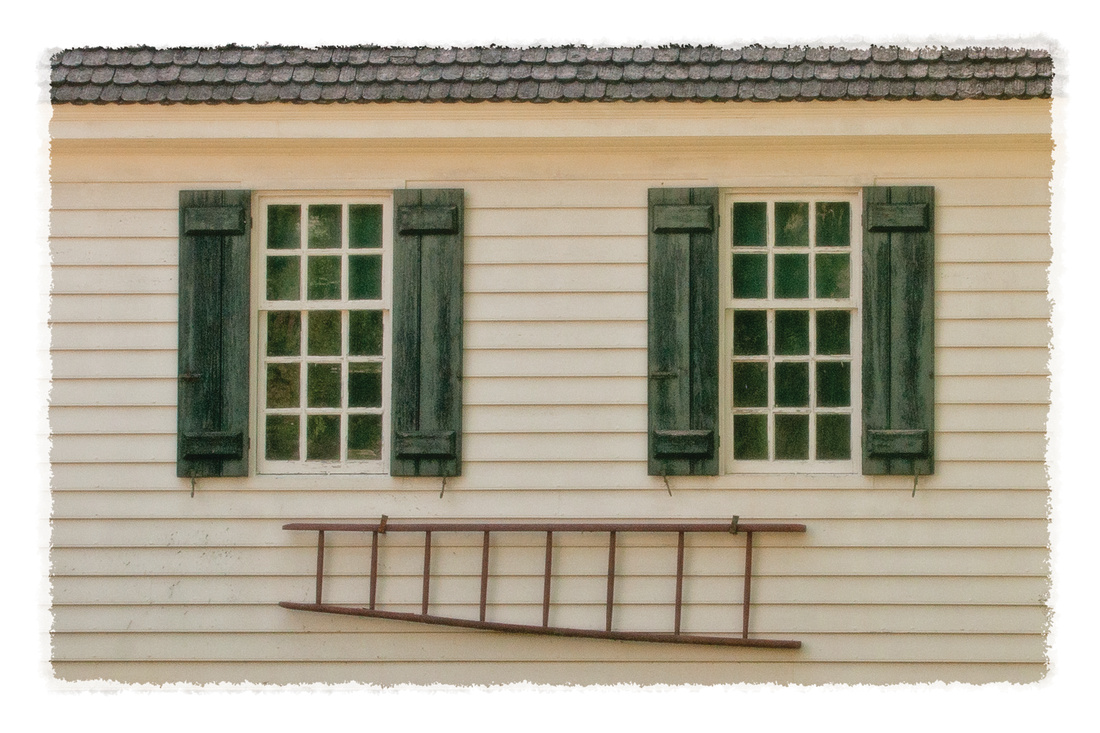