One of the many joys of interacting among the American Revolution reenactment community is meeting so many wonderful reenactors, photographers, site administrators, sutlers (merchants), and historians/writers. An author I recently met on-line is Harry Schenawolf, founder of the American Revolution Journal. When I conducted American Revolution research material for my blogs his web site articles kept appearing. I contacted him and introduced myself. We've been corresponding regularly since the beginning of this year. I asked him to be interviewed for my October blog. He graciously agreed. His background is amazing! 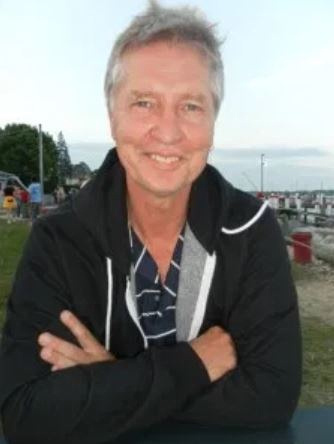 1) Where did you grow up? What is your educational background?

New Jersey – outside Newark to Morristown.  Studied Astro Physics at Univ. of Arizona – switched to fine arts when transferred to Montclair State College (now Univ.). Did my Masters work at Temple University in Philadelphia and my doctoral work at the University of Colorado, Boulder.

2) What types of jobs have you had in your career?

3) What inspired you to create the web site Revolutionary War Journal?

As I neared retirement, I wanted to devote the rest of my creative life to my first love–history–mainly military. There are multiple web sites devoted to the Civil, First World Wars, and later Second World Wars including Korean and Vietnam. However, at the time I started the site, only a few major web sites on the Revolutionary War and most of them were loaded with adds from T-shirts to tires. I wanted a site that was devoted to knowledge – focusing on little known information that had an impact on the war – plus would only sell books.

4) What year did you start?

I think it was late in the year, 2012.  A friend and fellow historian told me I was a mini-encyclopedia about everything military – in other words boring the hell out of him with tons of little-known information – that he suggested I put it in writing.  So, I did.

5) How do you create content and what about submissions from other contributors?

I have, over the years, downloaded or xeroxed literally thousands of books from the National archives or old, dusty books you can get on inner library loan – Dartmouth, Middlebury College, Univ. of Vermont, and SUNY (where I was adjunct for many years) had great libraries of old historical texts. I research mainly through text books – however the internet is very useful to point me in the right direction – google books and the archive search, along with dozens of other site searches are very helpful. I do all my own writing – however, just this year – having been preoccupied with potential screenplays started to accept submissions from other authors.

6) When did your interest in the American Revolution, especially African American studies, develop?

About fifteen years back, I started writing a novel about African explorers. My main protagonist was a youth who escaped the law in colonial Virginia by taking to the high seas.  He was shipwrecked off the West Coast of Africa in the late 1700s and had many adventures throughout the regions. During research –I stumbled across slave rebellions – wrote another book on the Gabriel Rebellion of 1800 – about 12 years back – and discovered the incredible impact African Americans had in the Revolutionary War.  There were few if any sites on the internet at the time.  So, I decided to write a series of historical fiction, based on African American soldiers fighting for both sides of the war I entitled “Shades of Liberty”. 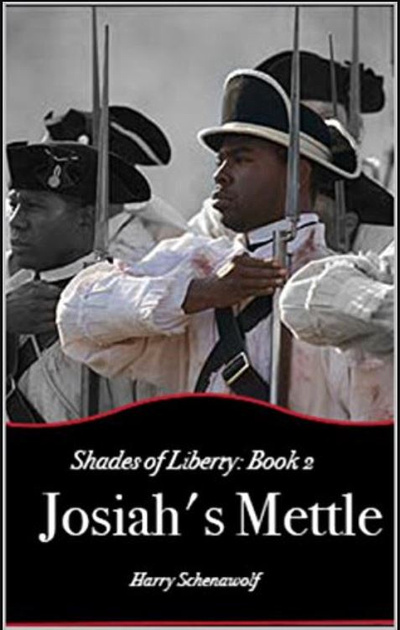 7) What is the motivation behind your fictional Shades of Liberty Series?

My desire to tell a story that had never been told.  I started writing the series about twelve years ago when there was little if any interest.  It is amazing that this topic has gained such a following – helped by light being shed on the social injustice that has been prevalent in this country all these decades. Motivation? I want to make a difference – my small part in correcting something that has been buried for far too long.

8) What do you want folks to take away from browsing your web site?

Knowledge. An open mind.  Not to accept things for face value on the internet – but to dig deeper to find the truth – something that has been under severe attack not only in the US, but the world. Most of my articles are detailed – not cut and paste from other articles that unfortunately has become the norm on the internet – solely to advance revenue.

9) How would you define your personal mission?

History is truth – and often we bury it rather than embrace it – so my mission is to promote it – however I can. Without history – as well documented, we will continue to make the same mistakes – over and over – not only in war but in the development of authoritarian regiments dating back centuries – vile roots that need to be exposed.  But also – the sacrifice and contribution by so many incredible people who continue to enrich our present life. I want history to open eyes – so we as a nation and a people – self examine who we are, where we are going, and if we truly deserve to honor who we believe we have become. History is a gate that unfortunately remains closed for so many because we have either lost the keys or don’t care if they ever existed.

10) What about future career aspirations?

I hope to finish publishing the novels in my Shades of Liberty Series. I hope to see the story of African American Founders on the big screen.  And I want to make a difference – to cast light on that which should never have been extinguished.