I was excited to drive the 1 ½ hours for the Battle of Monmouth 240th anniversary reenactment in Manalapan, NJ. Since 2008, I’ve only missed this event a few times and that was because of health issues. Some of my best photos were taken here. In fact, one of them is on the back of my business card.

Why do I enjoy this event so much?  Its location is one reason. When walking behind the visitor’s center you just stop and gaze at the background. You see a cluster of trees sporadically growing everywhere and in the center a big grass field sloping gradually downward. In the distance is a huge corn field. Everything is so green. It’s so stately. This awe feeling happens every time I come here.

But this Saturday was special. I was interviewing Captain David Hospador of the 3rd PA Light Infantry, Commander of the American forces. I knew David from chatting at many of the events over the years. He is one of my favorite reenactors to photograph, so animated. Some of my favorite photos are of him in action.

The weather was better than in most years. It wasn’t as hot. Usually, the temperature is in the high 90’s with stifling humidity. Very similar to what had happened at the actual battle. Many soldiers on both sides died from heat fatigue. Besides the extreme weather, this famous battle is known for the usually stoic George Washington losing his self-control with his second-command General Charles Lee. He retreated from the battle because he didn’t believe his troops could defeat the British regulars. Also, the legend of Molly Picher was created here. She (probably Mary Ludwig Hays) allegendly manned her husband's cannon when he was killed and in the battle a cannonball whizzed between her legs tearing off her most of her petticoat!

1) You’re one of my favorite reenactors to photograph, so animated. You really appear to enjoy yourself during the events? Thank you, I truly love this hobby, the history, the people and the idea that we are remembering those men and women who lived during this time and those who fought in the war. As for my liveliness in the field, it spawns from the fact that I lead my unit on the field and I need them to follow my lead and do, without question, what I order them to do for me. So I will go over and above to maintain control, also its fun to be an officer.

2) How long have you been reenacting? Since the beginning of 2002. My one wish is that I started doing this earlier in life.

3) How did you join the 3rd PA? Did you consider other units? My wife's hairdresser was a member of the unit. When we became engaged she told me I had to meet Bob, her hairdresser. I asked her why I needed to meet Bob the hairdresser. She told me how he does this Revolutionary War reenacting and that I might be interested in doing it for a hobby, she was right.

4) Ever thought of joining a Crown forces regiment? If not, why? Nope, red-blooded patriot here. I will say this, I love my British counterparts and I'm thankful that they wear the scarlet uniform. I consider man of them my friends.

5) How many Rev War events do you attend yearly? Do you have a favorite one? Why? 15-20 events ranging from one day living history to weekend long reenactments.

6) What is your greatest enjoyment from reenacting? It's a toss-up between the wonderful friendships I have with my fellow reenactors, especially those in my own company and recreating the history for people to learn from and enjoy.

7) This can be an expensive hobby! What does the average Rev War kit cost? Can any of your equipment be written off taxes? As it is an educational resource some of what we do is tax deductible. It can get expensive, a good musket can run over $1000. My unit is lucky, we make a lot of our own clothes and equipment. What also helps is that we have, what we call, loaner gear for people who want to try the hobby before investing money in it.

8) What do you hope the spectators who attend will learn? Something that they weren't taught in their history class. Many of us have learned so much from our research and we love to share it with others.

9) What’s your thoughts on the future of Rev War reenacting? I believe social media will play an important part in the future of the hobby. Our participation numbers have been dwindling over the past 15 years and it will take work to bring people into the hobby.

10) How do you learn more about colonial history? Honestly, in this day of electronic media and internet video/encyclopedias, my favorite source is still a good book or original material. My unit has a copy of our Orderly Books from April 1778 through the end of the war it makes for great reading.

11) What books do you recommend about the American Revolution? There are so many I couldn't recommend a handful let alone one!

12) Any question I missed? Yes, how long were you a private, non-commissioned officer and then an officer? I was a private for around 4 years, then I was appointed as a corporal then a sergeant for another 5 years, then I was elected the officer in 2012.

13) What's the difference between being an enlisted man and an officer? As an enlisted man I was concerned with my clothes and equipment and learning the drill and working with the other guys in the company to be good and safe in the field, learn the history and other stuff on an individual level. As an officer, I have to oversee the men and women in the company, make sure they learn what they need to learn, and to run the company behind the scenes, which is no small feat. I'm responsible for everything. 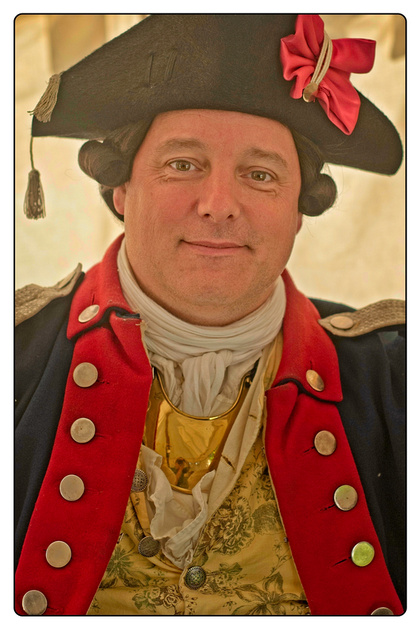 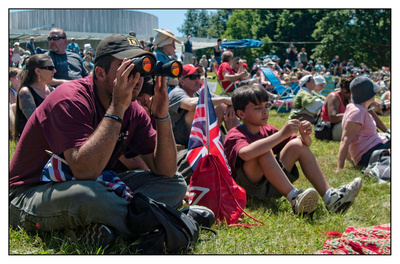 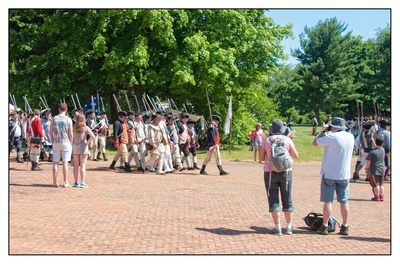